Youth in Oregon, the closing night film of the Austin Film Festival, turned out to be a disappointing family dramedy. Yet the oodles of Dove chocolates the festival sponsor handed out to patrons as they departed the Paramount Theatre had everyone ending the fest on a sweet note. 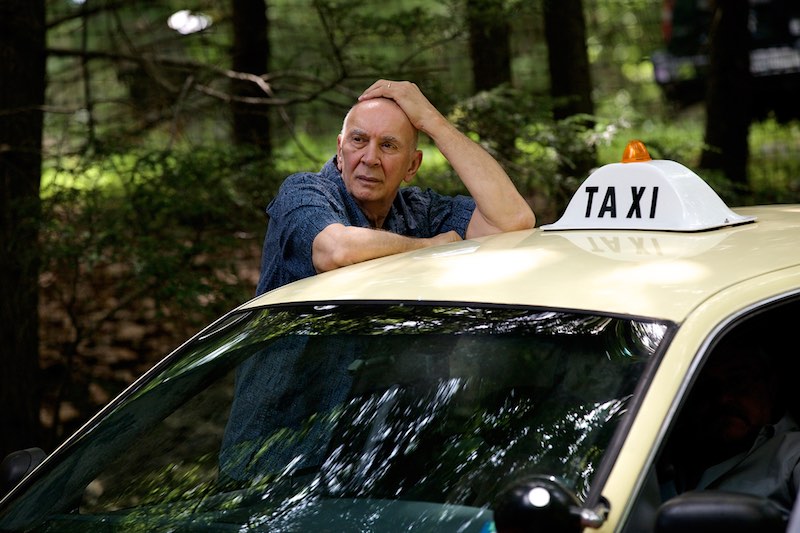 Despite a fine ensemble that includes Frank Langella, Mary Kay Place, Christina Applegate, Billy Crudup, and Bates’ Motel’s Nicola Peltz, Youth in Oregon (written by Andrew Eisen and actor-turned-director Joel David Moore) relies too much on contrived storytelling and random visual flourishes, which have the effect of detracting from the film’s overall believability. Unnecessary subplots and interludes are added on to a basic story that’s driven by a character who intentionally withholds his motivations, making much of what takes place pointless. On top of that, Moore throws in every visual ploy he can think of, from slo-mo shots to sun flares, whether warranted or not. It’s wasteful to gather a cast as strong as this one, and then not trust them to do their work unencumbered.

On his 80th birthday, Raymond (Frank Langella) receives news from his doctor that his heart failure has progressed, but he’s a poor candidate for the further surgery that might prolong his life. Since Raymond’s previous heart surgery two years before, he and his dipsomaniac wife Estelle (Mary Kay Place – a gift to any movie) have been living with their daughter Kate (Christina Applegate) and husband (Billy Crudup). At a birthday dinner, Raymond announces to the family that he plans to go to Oregon and secure his death by assisted suicide. Of course, he doesn’t enlighten his family about his current medical condition. As expected, his daughter and wife rebel, and although Estelle accompanies him on the car trip (Raymond conveniently doesn’t like to fly, turning something he could have done solo in few hours into a several-day journey that requires assistance), Kate is grounded at the last minute by a sexting scandal involving her high-school-aged daughter Annie (Nicola Peltz). It’s a completely unnecessary subplot that’s waylaid when no longer convenient, but it causes hubby Brian (Crudup) to drive Raymond and Estelle from New York to Oregon instead of Kate.

Stops to see Brian and Kate’s son (Alex Shaffer) in Boise and Raymond’s estranged son Danny (Josh Lucas) in Salt Lake City, Brian’s ingestion of uppers, and a visit to a bird sanctuary (playing to the film’s heavily underlined avian theme) further sidetrack the story and prevent the characters from really grappling with the issue at hand. Several moments of poignancy manage to break through here and there, but in the end, Youth in Oregon seems more like a dysfunctional-family comedy than a story about how to aide a family patriarch in determining whether to live or die. The opportunities missed by this movie are many.