German crime thriller Long Live Death kicks off with a throwback: a very Seventies credit sequence, all brutal close-ups and blaring horn sections. But that kitsch disappears the instant the camera shifts to hood-eyed detective Felix Murot (Ulrich Tukur), gazing with broken disinterest at yet another murder scene. 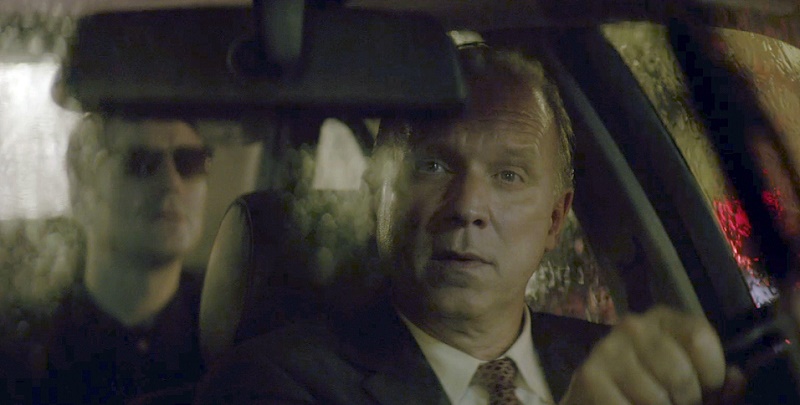 The tonal whipsaw will make sense to German viewers: After all, Long Live Death isn't really a film, per se. It's culled from the long-running police procedural Tatort (Crime Scene), a TV institution that has been must-see entertainment for 45 years.

Es Lebe der Tod is just another episode, but that shouldn't put off first-time viewers. This isn't like diving into the middle of season 10 of CSI, and drowning in old plot lines. Tatort, while it has recurrent characters, is built around stand-alone narratives.

If there's any kinship to CSI, it's that (like that show's creators) director Sebastian Marka is a clear acolyte of Manhunter-era Michael Mann (plus, in Steinemtz's life lived in shadow, a nod to the Tooth Fairy's photophilia). However, unlike the emotionally crippled Will Graham, always on the back foot to the machinations of Hannibal Lecter, Murot and his team have their own devious tricks up their sleeves.

This is a battle of wits rather than horror-tinged crime-fighting, based around the cops' efforts to untangle the killer's motivations. It shifts with near-perfect balance between the chilly elegance of Steinmetz's self-justified madness and Murot's world-weary bureaucratic process. Between the two, they probe intriguing questions of intentions, malice, and even walk into the complicated field of assisted suicide.

Why the producers picked this out of the 1,000 episodes to date as the one to introduce Tatort to American audiences may be a mystery. But its measured mixing of serial killer tropes and Teutonic musings on mercy and self-determination are good reason to crack open older case files.