DVDanger: C is for Clown

Rampant coulrophobia on DVD and VOD 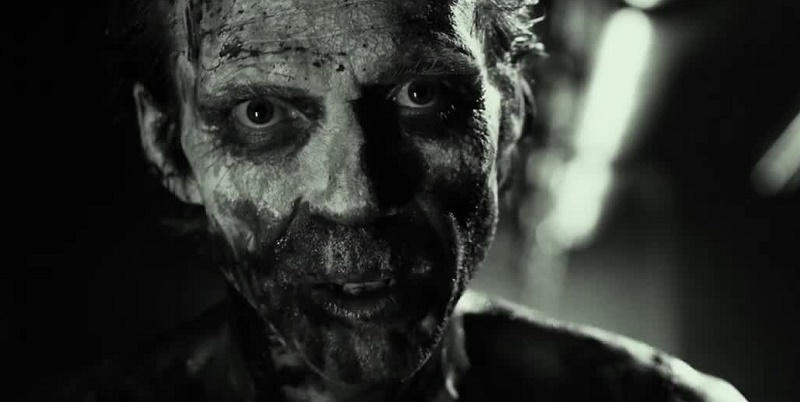 Who weeps for the clown? After the ventriloquist (shudder) and the mime, is there any more loathed performer? They even have an actual clinical, diagnosable phobia attributed to them.

The ever-laughing loons of the circus are so embedded in the popular psyche that a recent wave of evil clown sightings (no, really) has swept the South, even popping up in Austin.

Of course, who has been blamed for this outbreak? Films, duh. After all, from The Man Who Laughs onward, directors have understood the implicit evil of that pallid face and fixed grin. From It to American Horror Story, clowns have been a go-to for terrormongers. Hell, even a clown doll in Poltergeist was enough to cause a generation of nightmares. And so this latest clownwave – real or hysteria – has already been blamed on two different films, like some red-nosed viral advertising.

I have to say, I've never got the clown hatred. Similarly, I personally have never understood the rampant lambasting of Rob Zombie's films. He makes entertaining, stylized, throwback horrors with an aesthetic that can never be confused with anyone else. Critiquing him and his work on anything other than those terms is like getting mad at the late, great Herschell Gordon Lewis for making ridiculous bloodbaths, or Woody Allen for navel-gazing. Zombie is who he is, he makes films that appeal to audiences who like him for that, and he's not aiming to change his storytelling style, any more than he'll swap his day job producing electro/metal/boogie for conducting the Boston Philharmonic.

After the dourly supernatural and incredibly divisive Lords of Salem, Zombie returns to the vintage Southwestern road trip on which he cut his teeth with the double blast of House of 1000 Corpses and The Devil's Rejects, riding shotgun with a bunch of down-at-luck carnies. But first, here comes the clowns – if that's what you can call them.

"I'm certainly not here to elicit an amused response," intones psychopathic murderer Doomhead (Richard Brake, Game of Thrones' Night King), unblinking in an opening monologue. After all, as he explains, he's not a clown. He's a cold-blooded killer hired every Halloween by a cabal of millionaires to dispatch a randomly selected group of travelers, people no one would miss.

This could easily take place in the House-o-verse, with Brake's scarcely controlled Doomhead a clear second cousin to Zombie's greatest creation, Bill Moseley's face-flaying maniac Otis Driftwood. This is a nihilistic world of disposable people, and fear of clowns is the least of the purposefully bizarre images that Zombie throws around (starting with, and not restricted to, a Mexican Nazi dwarf in a rabbit head).

He's also a director that doesn't let audiences off the hook easy: no one dies quick or clean. This is a grindhouse Salo, working from the simple and reasonable presumption that rich people are insane and screwed up. But let's not get too arthouse aspirational here. Zombie has made his simplest, purest horror show, a funhouse ride where the risks are real.

For every accusation leveled against Zombie, there's also an undoubted point for which he should be given credit. Yes, he keeps using the same cast members over and over again (starting with his wife and muse Sherri Moon Zombie, but also revisiting with regulars Jeff Daniel Phillips, Torsten Voges, Lew Temple, Malcolm McDowell, Judy Geeson, and Meg Foster). But he's also one of the few writer/directors that creates multiple speaking parts for older actresses.

Then again, the accusation is that he gives audiences little reason to sympathize with his characters. But here's where that argument falls down. Why should you have to? Zombie isn't looking for sympathy, but empathy. Yes, they're a bunch of skeezy carnies with bad habits and bad attitudes, loudmouths and brawlers. But that still doesn't mean they "deserve" what they get. There's a gut instinct of who these people are, and for all their flaws and bottom-of-the-barrel status, there's a twinge every time one dies, and a surge of victory when they take down a 'head. 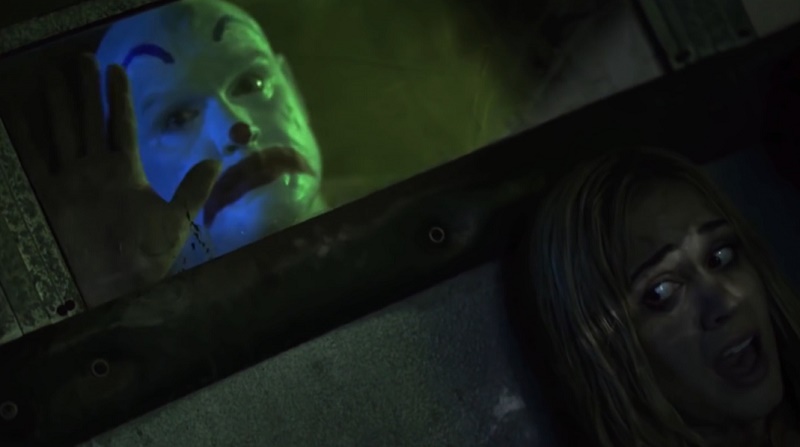 A sense of deja vu in ClownTown

The most consistent accusation against Zombie is that his work is just a collage of his influences, a Frankenstein mish-mash with scarcely-disguised seams. Compare that to ClownTown, which opens with one of the most overt nods to one of the cinematic greats imaginable – one that is literally spelled out for you.

The feature debut of director Tom Nagel is another road trip gone awry: This time, a bunch of twentysomethings off to see an unnamed band end up in a small town that, after dark, is overrun by a cadre of clowns.

The iconography of 31 and ClownTown is undeniably near-identical, and that's mainly because it's hard to push the image of the clown too far without it becoming unrecognizable. Greasepaint, rotten teeth, boom, you have an evil clown. Zombie is undeniably more creative: for example, injecting a little nod to A Clockwork Orange in the costumes for Death-Head (the spectacularly angular Voges) and Sex-Head (Daly, who most people will recognize as the voice of The Powerpuff Girls' Buttercup, or potentially Rugrats' Tommy Pickles). Nagel's giggle-faced terror merchants all look different, but with less impact.

The biggest difference is that Zombie gives his characters a reason for being in this situation: the rich want their blood, the killers want their payday, and the carneys are exactly the kind of disposable drifters ideal for their game. By contrast, the characters in ClownTown end up in this mess because of weirdly complicated reasons, and are stuck there because of a completely nonsensical plot point. As for why the clowns are there, that's a headscratcher with multiple overlapping reasons, and there's so little reason to be emotionally invested that the inevitable demises of both killers and victims pass with little impact.

Zombie is also far better with the effects and kills, and at building interest in the characters. While Zombie has affable scum, Nagel just has a cadre of interchangable post-teens. What's most unfortunate for Nagel is that he's got what is basically the same conceit – a bunch of meat in an abandoned location, being picked off by crazy clowns – as Zombie's superior exploitation fest. He's been hit by bad timing.

At least his clowns are intriguing, with a lunatic backstory about a train crash. "Clowns are like a pack of dogs, or ghosts," explains resident crazy old coot Frank (Greg Violand), the seemingly sole non-grease-painted resident of this clown-infested city. Particular kudos to David Greathouse as Baseball Bat Clown (aka hobo Pennywise), and FX artist Beki Ingram as Girl Clown for at least being suitably ghoulishly crazed. And is there any phrase more disturbing than "evil clown camp?" 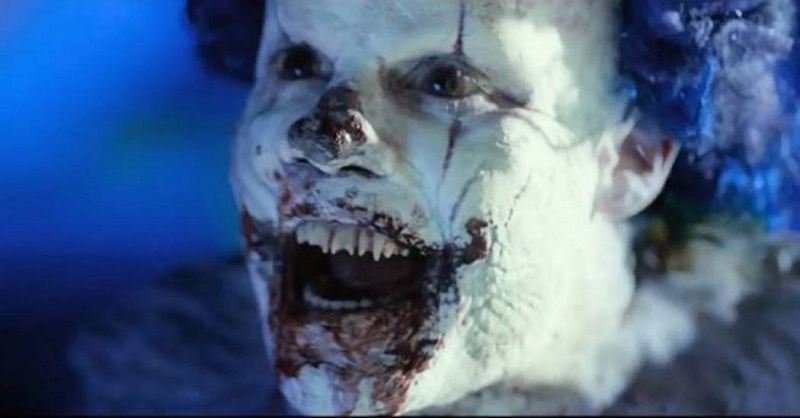 See, this is why kids run screaming from a Clown.

There's no packs of psychopathic Pagliaccis roaming in Clown – and fortunately for producer Eli Roth, it was released just long enough ago that it seems highly unlikely that anyone can blame him for the recent wave of sightings.

Instead of goons in greasepaint, his titular buffoon is Kent (Andy Powers, Oz), a loving father who has to don the red nose when the entertainer booked for his son's party fails to show. A Realtor by trade, he decides to look inside a box inside an abandoned house he's supposed to be rehabbing. Of course this is a terrible plan, since the next morning he tries to take the suit off, and it just doesn't won't budge.

Of course, not only is there something demonic happening, but it's so evil, sinister, ancient, and arcane that the only person that can possibly explain the terror is … Peter Stormare! As soon as he turns up as a Scandinavian demon hunter who's pretty sure that decapitation is the only solution, then it's pretty clear that Kent's problems won't be solved with some makeup remover.

This is a horror-comedy of the most ghoulish tastes. Typically of Roth's sensibilities, some of the best laughs are really of discomfort, as poor Kent makes a whole series of mistaken efforts to remove the suit. There's a Loony Toons level of energy, giving the enterprise the feel of a feature-length episode of the old Syfy channel series Monsters.

Roth's name may be above the title, but this is writer/director Jon Watts' creation. It's almost Hollywood lore now that he made a fake trailer with Roth's name attached, and Mr. Cabin Fever was so impressed by the brazenness of this attention-getting that he actually signed on to make it a reality. Since then, Watts turned heads on the indie circuit with Kevin Bacon crime caper Cop Car, and that turned into a high-profile gig behind the lens for the upcoming Spider-Man: Homecoming.

However, here he has some real fun with the monstrousness, and a definite skill for the lurid silliness that he invokes. As he moves focus from the transforming of Kent to the ever-more gloriously insane Stormare, and Kent's suffering wife Meg (Laura Allen, Terriers), and drags them through a literal funhouse of horrors, it's deliciously cheesy fun with some innovative, gory FX.

Clowntown (IDN) and Clown (Dimension/Anchor Bay) are available on DVD and VOD now. 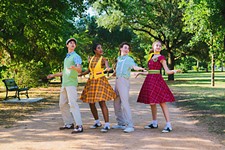