A heartwarming conclusion to the Japanese blockbuster

In Assassination Classroom: Graduation, the flunkie students of Class 3-E return to finish what they started: studying to kill an invincible alien bent on world destruction, who just happens to be their teacher. 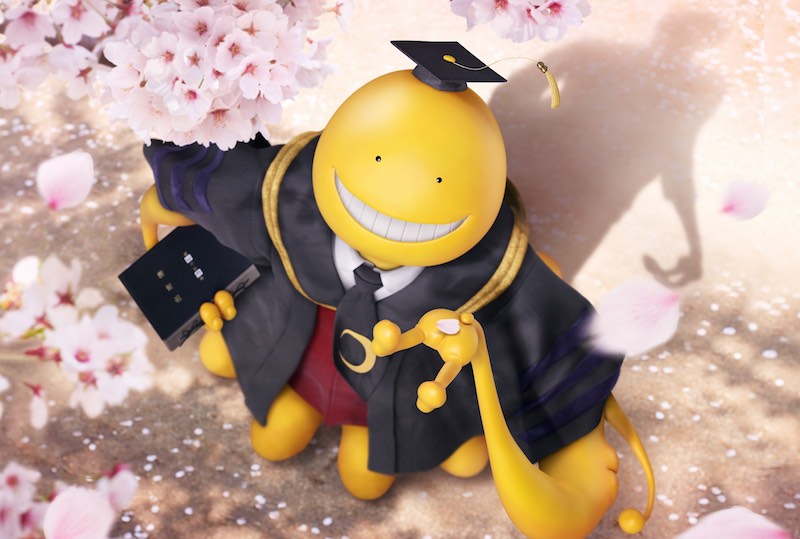 To American ears the title alone sounds like a recipe for an unreleasable film, but both the first Assassination Classroom and this sequel topped box offices in Japan, based on a popular manga series. These are blockbusters, but it’s no surprise that few Western audiences were treated to what are actually adorable slapstick CGI spectacles.

Thankfully, it’s easy to appreciate the sequel without seeing the original. Graduation picks up at the second semester of the school year, and although the students are trained in firearms and hand-to-hand combat, the Unkillable Teacher is still, well, unkillable. Affectionately dubbed “UT,” the tentacled monster has built a loving rapport with his students. He’s taught the underachieving class to believe in themselves, but there’s still lots to be learned if they’re to save the world. By killing him.

In the first film, much was left unexplained, but somehow the sequel manages to resolve the loose plot points, revealing the romantic backstory that inspired UT to teach, and that world destruction might not have been his idea after all. Although the newfound need to explain everything makes this significantly slower-paced than the original, the sappy flashbacks are still peppered with plenty of gratuitous action.

The CGI dazzles and the battle sequences pop with goofy childlike logic, but the big surprise is the heightened emotional bond between the Unkillable Teacher and his students. The kids don’t want their teacher to die, but know that nothing would make him prouder than were they to put a knife through his necktie. It sounds absurd, and it is, but Class 3-E’s journey to cold-blooded killers and back packs just as much emotional punch as it does action. Let’s hope American audiences someday get to see what these kids do after graduation.