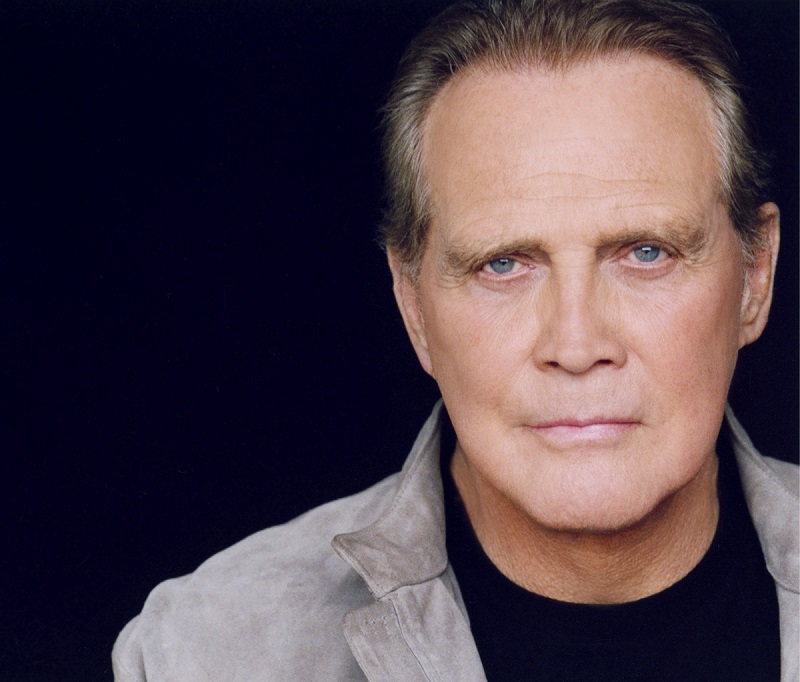 "Be on time, know your words, hit your mark, and then keep your mouth shut." The career advice that has kept Wizard World guest Lee Majors in the business for over five decades.

Icon is an abused term. But when you're talking about Lee Majors, any lesser description would be absurd.

From starring in classic Western series The Big Valley, to The Six Million Dollar Man, to The Fall Guy, and now playing Bruce Campbell's father in season 2 of Ash vs. Evil Dead, Majors has been kicking around for a while. This weekend, he'll be appearing at the Wizard World Austin Comic Con because, even at 77 years old, the TV trailblazer doesn't feel the urge to slow down. "This is my 53rd year," he said, "and I'm still working. What else are you going to do?"

The reason for his multi-generational career in TV, he said, was simple: "I never had time to do any movies." Yet there's an underlying work ethic, motivated for years by the words of wisdom imparted to him by his onscreen mother in The Big Valley: the equally iconic Barbara Stanwyck. "'Be on time, know your words, hit your mark, and then keep your mouth shut.' So I've been on time for everything since then."

When Majors mentions a name like Stanwyck, it's not name-dropping. He's friends with William Shatner, met and played U.S. U-2 pilot and pivotal Cold War figure Gary Powers, he even picked out the red swimsuit for his then-wife Farrah Fawcett's most famous photoshoot. Now he's Ash's dad in Ash vs. Evil Dead, the kind of part he never really saw himself playing.

He's been an onscreen father before, (in another career-long coincidence, he played Burt Chance's father on sitcom Raising Hope, and now he's co-starring in Ash vs. Evil Dead with Michelle Hurd, who is married to Garret Dillahunt, who played the dimwitted Chance). The problem was that he'd never seen the Evil Dead movies. He said, "They asked me if I'd come in for the second year. So I said, 'Let me look at the first season.'"

He binge-watched all 10 episodes, "and it reeled me in. I've never watched a show with so much blood, and so much horror, and yet so much fun, and funny. That's what took the curse off the gore, because I couldn't watch somebody chainsaw somebody for real. But when they do it, and he's throwing these crazy, funny lines out, it's just hilarious."

Not having seen Campbell in his career-defining cinematic role as the hapless demon-fighter Ash, Majors really first noticed him as sleazy ex-CIA officer Sam Axe in Burn Notice – a part evocative of his own role as Herman "Ski" Jablonski in Eighties action comedy series Raven. He said, "I wore a fat pad under this big Hawaiian shirt, and I didn't have to shave or anything. Just roll out of bed and go to work. When I watched him on Burn Notice, he was doing the same thing I was doing. He's really good at drama, and he's really good at comedy, and I think he's a really underrated actor."

Campbell is also known as one of the most loquacious, sardonic, and hilarious regulars on the convention circuit, and Majors is quite happy to play his sidekick there. "Bruce is just out there and funny. He says it like it is, and the audience loves him. I love doing panels with him, because I just sit there and let him go."

But that can't erase that, for much of his acting life, Majors was a leading man, and a daredevil badass. His early horse operas were tough shoots, and he didn't just play a stunt man in The Fall Guy – he took his fair share of bumps. These days, he half-jokes, he walks like the Six Million Dollar Man in slow-motion, and may need a few bionic parts himself. But he's got a lifetime of action in which to take pride, with only one stunt that made him really think twice.

On The Six Million Dollar Man, his character was supposed to walk out to a stuck cable car, and rescue some trapped kids. "My stuntman didn't like heights, and he brought somebody in that was supposed to do it, and he looked around all day, and he got sick, and I don't think he wanted to do it, so I ended having to do it." He got on the cable, started walking, and about 10 feet from the car, "I froze. I'm 250 feet up, and I couldn't go back, and I'm scared and thinking, 'what am I going to do?' I look down, and there's the two stuntmen, taking pictures. I got a little adrenaline thing, got a little pissed off, and went, 'You guys should be up here, not taking pictures.' That gave me the incentive to get to the car."

These days, he said, "I look at scripts and say, 'Hmm, no action, that's good. Just a lot of talking. Where's the location? Oh, New Zealand. No running, not fighting, I'm in.'"

Here's some more highlights of the weekend:

11am: The Winter Soldier, Sebastian Stan, talks about life as a super-assassin with a metal arm (Ballroom D)

12pm: Who is the greatest Doctor Who? It's always the one you saw first, but Matt Smith was arguably as great a resident of the TARDIS as any (Ballroom D)

3pm: Put your phone away, because Danny Trejo (better known to you as Machete) don't text (Ballroom D)

4pm: Get ready, screwheads, because it's Bruce Campbell vs. Ash vs. Evil Dead vs. the Audience (Ballroom D)

4:30pm: It was always said that mutants were a metaphor for any repressed group, but with openly gay characters as diverse as Iceman and Batwoman, plus gay superhero couples like Apollo and Midnighter, it's time to investigate how comics are handling LGBTQ issues (Room 12)

5.30pm: A crash course in Marvel history, as writers Danny Fingeroth and Paul Benjamin pull apart the multiverse of the House of Ideas.

6:30pm: As minority and female representation in comics becomes a bigger issue, a panel looking at what Marvel is doing right and wrong (Room 11)

11am: Cosplay is for everyone, as this practical guide for and about fans with disabilities will show (Room 12)

1pm: Marvel's world-shaking Civil War storylines have tackled the need for security versus privacy in both comics and film. A panel of writers, psychologists, and editors to explore the political and emotional realities behind those narratives (Ballroom F)

2:30pm: The Zeppo no more with a one-on-one interview with Nicholas Brendon, star of Buffy the Vampire Slayer and cult SF mindbender Coherence (Ballroom E)