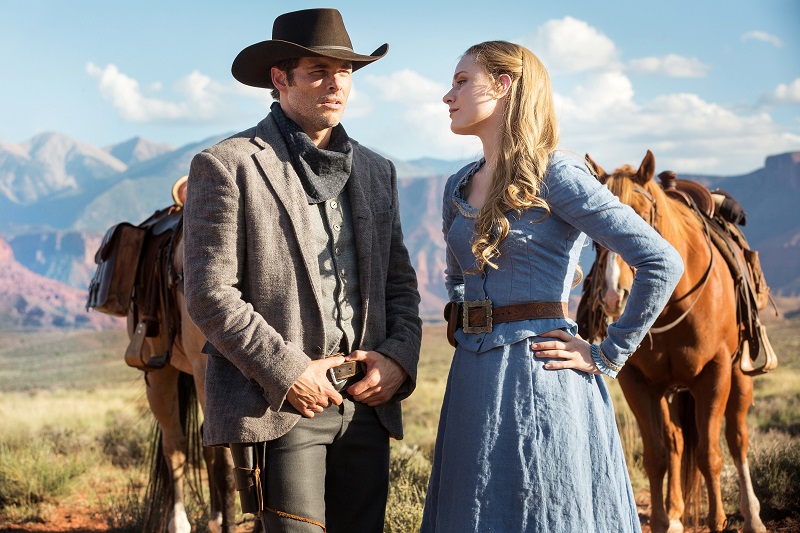 HBO's Westworld, one of the latest additions to Fantastic Fest 2016

Few festivals have Fantastic Fest's reputation for familiarity and a certain sense of homecoming. Maybe that's a way to balance out the high weirdness of the programming, but this year's final wave of films includes the return of some familiar faces from behind the camera and on the screen.

Having already announced big titles and fascinating gets like Phantasm: Ravager and American Honey in wave one, Arrival and Sadako vs. Kayako in wave two, with less than two weeks before the first screening, wave three was eagerly awaited and didn't disappoint.

Among the familiar faces for regulars are arguably the most famous: Wu-Tang master RZA, who will present his new score to 36th Chamber of Shaolin. Yes, the movie that inspired one of America's greatest and most pioneering hip-hop collectives gets the honor of a live soundtrack, and if anyone can show the respect it deserves, it's RZA.

Not that he's providing the only creature feature: The highly anticipated A Monster Calls, seen as the more gothic sibling to Pete's Dragon, makes its Texas debut.

There are also a few names familiar to genre fans making it over to Alamo South Lamar as a FF feature creator for the first time. Mike Mendez (SXSW's Big Ass Spider) brings demons to the Bayou with Don't Kill It, while Austin gets bitten by Another Wolfcop, sequel to the 2015 lo-fi fuzzball.

Not that it's all features. For those who like their entertainment in manageable bites, Bruce Campbell will be bringing two new episodes of Ash vs. Evil Dead to town, then sitting down with Leonard Maltin, who will probe Campbell about his amazing career in genre cinema (if he can get a word in edgeways around the might chinned one, that is). If something a little more cerebral takes your fancy, then HBO will be unleashing the first episode of their revamp of Michael Crichton's AI terror Westworld.

Plus there's there's the successors to an old favorite: 100 Best Kills will be missed, but now former Terror Tuesday host Zack Carlson and current Weird Wednesday curator Laird Jimenez present 100 Worst Births, while those with a strong stomach can risk the culinary horror that is "Puke and Explode."

Fantastic Fest 2016 runs Sept. 22-29 at the Alamo South Lamar. Tickets and info at www.fantasticfest.com, and follow our ongoing coverage at austinchronicle.com/fantasticfest. And now, here's the full list of what was released today: 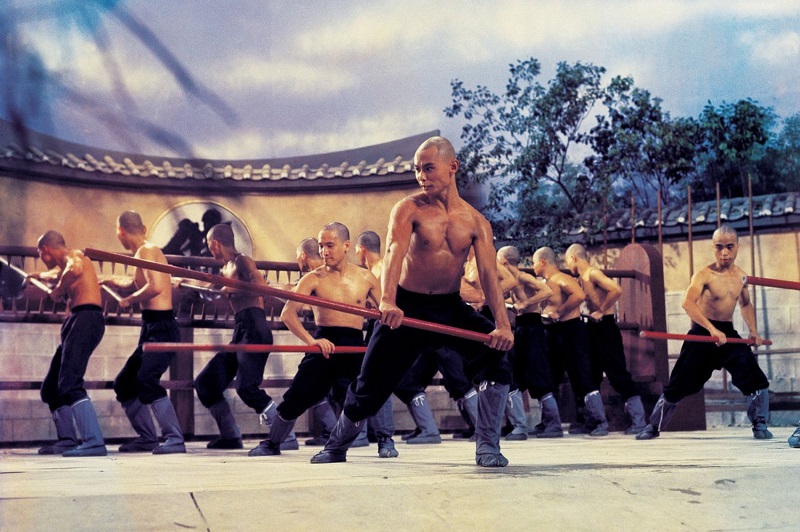 Age of Shadows
South Korea, 2016, US Premiere, 140 min
D: Kim Jee-woon
Korea, during the Japanese occupation. Police Chief Lee Jung-Chool is hunting members of the resistance under strict orders from the Japanese overlords. However, a chance encounter with Jung Chae-San will have him questioning his loyalties…

Asura
US Premiere, 136 min, South Korea, 2016
D: Sung-soo Kim
Corrupt police detective Han protects Mayor Park’s interests while he saves up to pay for his wife’s terminal cancer treatment. When intimidation of a witness goes wrong, they’re all thrown into a violent storm.

The Autopsy of Jane Doe
United Kingdom, 2016, U.S. Premiere, 99 min
D: André Øvredal
When a mysterious body turns up at a crime scene, the local sheriff turns to the coroner and his son to find the cause of death.

Bad Black
Uganda, 2016, World Premiere, 65 min
D: Nabwana Igg
A mild-mannered doctor is trained in the art of ass-kicking commando vengeance by a no-nonsense ghetto kid named Wesley Snipes (!). This is only one of the many delirious action-packed stories that converge in this exuberant DIY extravaganza from the home of “da best of da best movies”: WAKALIWOOD, UGANDA!!!

Boyka: Undisputed
United States, 2016, World Premiere, 90 min
D: Todor Chapkanov
Escaped from prison and longing for a legitimate life, Yuri Boyka must choose between a shot at the glory he has trained for and the demands of his conscience after tragedy strikes in the ring.

Call of Heroes
Hong Kong, 2016, North American Premiere, 120 min
D: Benny Chan
During China's Warlord era, in the village of Pucheng, a sheriff and his ragtag band of men must make sure the cruel general Cal’s son Shaolin faces justice in this brilliant blend of wuxia and westerns!

Chinyuki
Japan, 2016, North American Premiere, 100 min
D: Yudai Yamaguchi
Yudai Yamaguchi’s Chinyuki is one of those rare films where its own subtitle tells you everything you need to know about the movie: A journey to the West with farts. 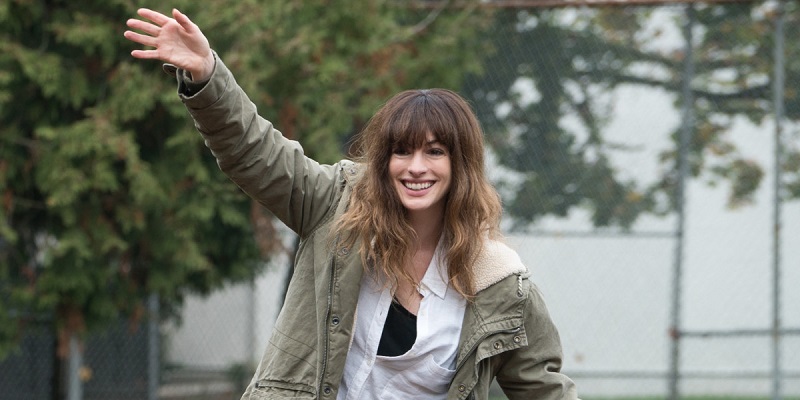 Colossal
Canada, 2016, US Premiere, 110 min
D: Nacho Vigalondo
Fantastic Fest favorite Nacho Vigalondo (Timecrimes) wrings an extraordinarily potent allegory for personal responsibility and emotional toxicity in this witty and absorbing drama about an alcoholic (Anne Hathaway) who discovers an improbable connection between herself and a giant monster ravaging South Korea.

Don't Kill It
United States, 2016, North American Premiere , 93 min
D: Mike Mendez
An ancient demon is unleashed in a Mississippi town and the only people who can stop it are FBI agent Evelyn Pierce and grizzled, cynical demon hunter Jebediah Woodley.

Fashionista
United States, 2016, World Premiere, 108 min
D: Simon Rumley
April and Eric own a clothing store together and are happily in love. April will have to rely on her fashion obsession for survival when everything unexpectedly crumbles after Eric makes a single destructive mistake.

Headshot
Indonesia, 2016, US Premiere, 117 min
D: Kimo Stamboel, Timo Tjahjanto
The bone-crunching, soul-crushing, face-breaking story of an amnesiac young man named Ishmael, the doctor named Rika who cares for him and the bad men who all need to die in a maelstrom of sweet violence. 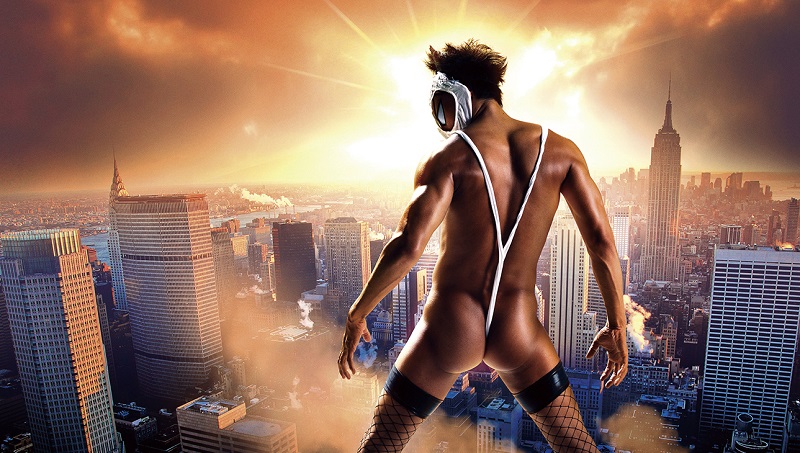 The Invisible Guest
Spain, 2017, US Premiere, 106 min
D: Oriol Paulo
A wealthy businessman wakes up in a locked hotel room with the body of his dead lover next to him in Orio Paulo’ latest.

The Lure
United States/United Kingdom, 2016, Texas Premiere, 77 min
D: Tomas Leach
Two young mermaids get caught up in the world of a Warsaw nightclub as they navigate human life and love in this Polish musical.

My Entire Highschool is Sinking Into the Sea
United States, 2016, U.S. Premiere, 74 min
D: Dash Shaw
Jason Schwartzman voices a young, hopeful writer who jumps into action during a disaster in this dazzling and hilarious animated adventure from famed graphic novelist Dash Shaw. 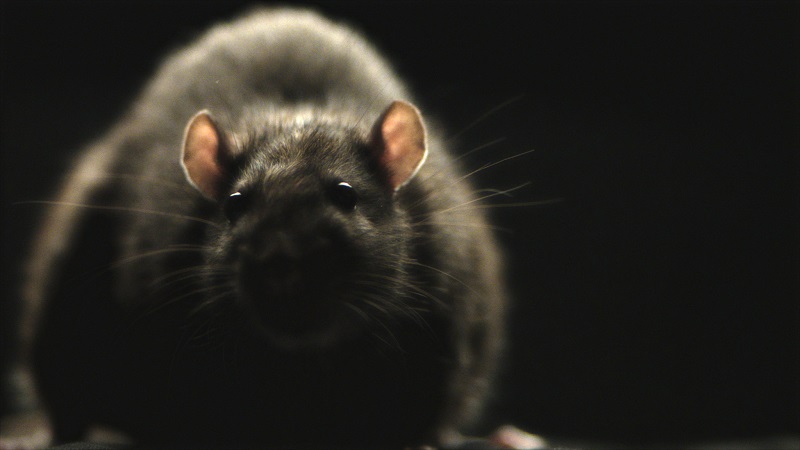 Rats
United States, 2016, Austin Premiere, 84 min
D: Morgan Spurlock
Morgan Spurlock’s latest documentary shows us the world of the rat, from the garbage of NYC to the dining plates of Vietnam to a Karni Mata Temple of worship in India.

Re: Born
Japan, 2016, North American Premiere, 115 min
D: Yûji Shimomura
Tak Sakaguchi is a seemingly untouchable super soldier who must return to the life he left behind when a former colleague threatens his fragile world.

Science Fiction Volume One : The Osiris Child
Australia, 2017, World Premiere, 95 min
D: Shane Abbess
A far-future military contractor – and moderately shitty father – must race to save his daughter when his employer’s negligence puts her in the path of a rampaging alien race.

The Truth Beneath
South Korea, 2016, International Premiere, 108 min
D: Lee Kyoung-mi
When a politician’s teenage daughter goes missing, a desperate mother takes it upon herself to uncover the truth in this startling Korean thriller.

Westworld
United States, 2016, Special Screening, 60 min
D: Jonathan Nolan
A dark odyssey about the dawn of artificial consciousness and the evolution of sin. Set at the intersection of the near future and the reimagined past, it explores a world in which every human appetite, no matter how noble or depraved, can be indulged.