If humans getting mad or jealous or vengeful and reactionary result in big bombs being dropped, then why not eliminate all those nasty human emotions and surely a peaceable kingdom awaits? 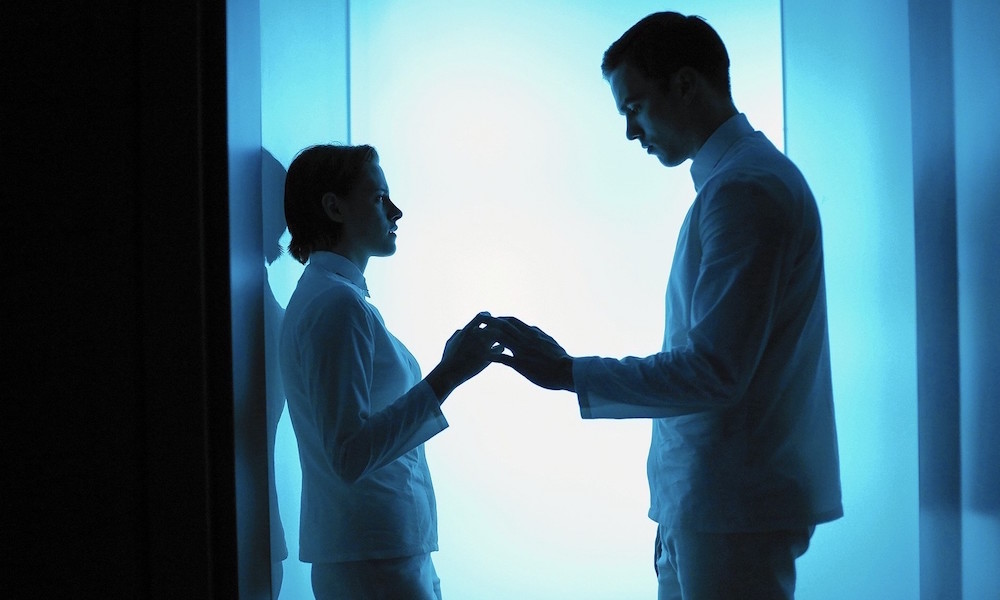 That’s the founding principle and guiding light of the Collective, a self-policing enclave that genetically modifies the populace for maximum emotional repression in Equals, a sci-fi romance that skipped a theatrical release in Austin and comes out on DVD today. In the Collective’s post-world war, faux utopia, everybody is polite, incurious, and asexual. (You could build a whole anti-sex campaign around their white tunic uniforms, if genetics hadn’t already done the trick.)

But feelings will out, and some Collective members have succumbed to Switched on Syndrome (SOS), a four-stage sickness in which a typically placid person starts to experience anxiety, joy, and a pesky stirring below the belt. There’s no cure, and the sickest get annexed to a ward for Defective Emotional Neuropathy, colloquially known as the DEN, where the infected undergo shock therapy or are encouraged to commit suicide. After all, when your DNA is re-engineered for etiquette, slitting your wrists is just doing a kindness.

Worker drone Silas (Nicholas Hoult) is content to follow the rules, until an SOS-afflicted jumps off a roof and he observes his colleague Nia (Kristen Stewart) digging her nails into her palm to keep from crying out at the sight. Despite the Collective’s regular PSA announcements reassuring that SOS isn’t contagious, feelings can’t help but catch, and Silas feels Nia. A subsequent nightmare about falling has Silas running into a wall from distress, and the bump on his head sends him to the doctor, where he’s diagnosed Stage 1.

Silas and Nia – she’s secretly infected, too, a “hider” in the film’s parlance – do eventually connect, although it takes a lot of creepy stalker looks from Silas to get them there. Director Drake Doremus (Breathe In) zeroes in on the staring, and a fixation on where those staring eyes go to – mouths and hands and ears.

If you’re going to fetishize parts of a whole, you could do a lot worse than the lovely parts of Hoult and Stewart: his delicate mouth, her tremolo eyelashes wet with tears. But I’m greedy and I want it all – that wholeness – and Doremus gives us a crummy wordless montage as Silas and Nia get to know each other, and their bodies, in secret. When they double over in laughter, you feel cheated. What’s the joke, guys? It isn’t just that Equals lacks levity; it lacks specificity, the insight into what makes its lovers laugh, and clutch each other so fiercely. Equals is so bent on making a case for the rightness of romantic love, it neglects to convince us of the rightness of this love – more or less the same complaint I had with Doremus’ breakout feature, 2011’s Like Crazy. 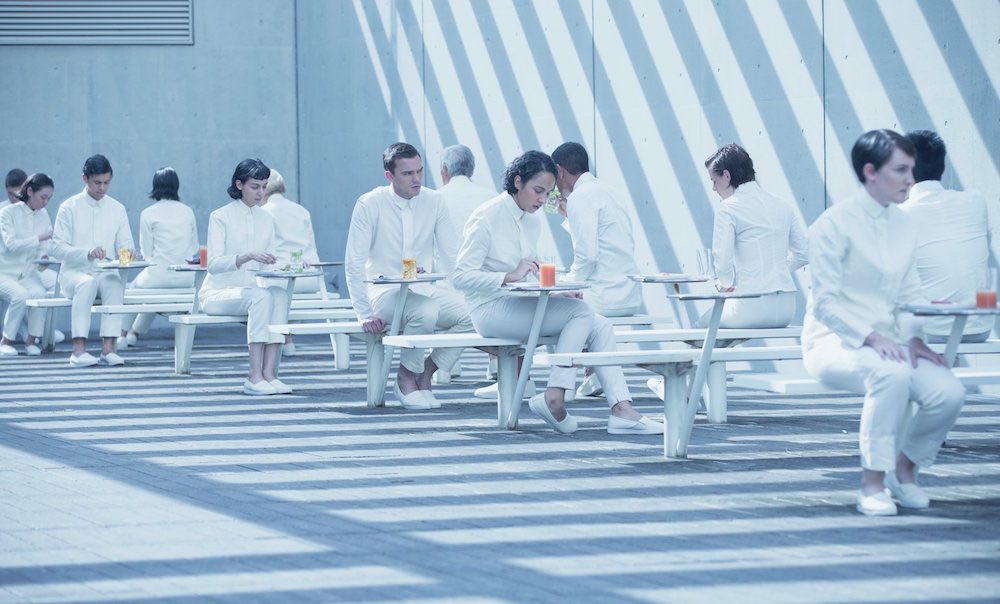 Equals is long on mood and light on plot, though a support group subplot with Jackie Weaver and Guy Pearce glints of a fruitful, wider universe not explored. Doremus is credited with the story, and Nathan Parker the script. (Parker wrote 2009’s Moon, a vastly more clever and ruminative speculative fiction.) It’s not clear if either of them consulted first the vast canon of literature and film dystopias about state-mandated emotional repression – a shortlist that includes 1984, THX 1138, The Giver, Gattaca, and Equilibrium – although the Romeo and Juliet undertones are too overt to be accidental. Either way, it’s not a capital offense: Narratives build on what came before. Borrow at will, so long as you bring something new to the table.

So what does Equals bring? Hoult and Stewart are so very watchable – the way their bodies loosen as they fall in love is subtle and affecting – but that’s innate charisma, not script inventiveness. The curveball is in the film’s clumsy metaphor connecting SOS with AIDS – an intentional one, I presume. There’s the ill-informed fear about contagion, those afflicted take “inhibitors,” and Silas’ first tell-tale sign of infection is a bruise on his forehead that recalls a skin lesion.

AIDS is an equal-opportunity killer, of course, but Equals pushes the connection by having its forbidden lovers meet secretly in a bathroom stall – a clandestine place freighted with historic meaning for closeted gay men, repurposed here for the secret assignations of this hetero (if not normative) couple. Equals already borrows so much from other dystopic fictions, to borrow this real-life fact from a decimated community stinks of opportunism. Like those antiseptic white tunics, it’s not a good look.