Lots of things killed Firefly, but chief among them was scheduling. Not just airing the episodes out of order, but the long dead space of Fox’s Major League Baseball programming. 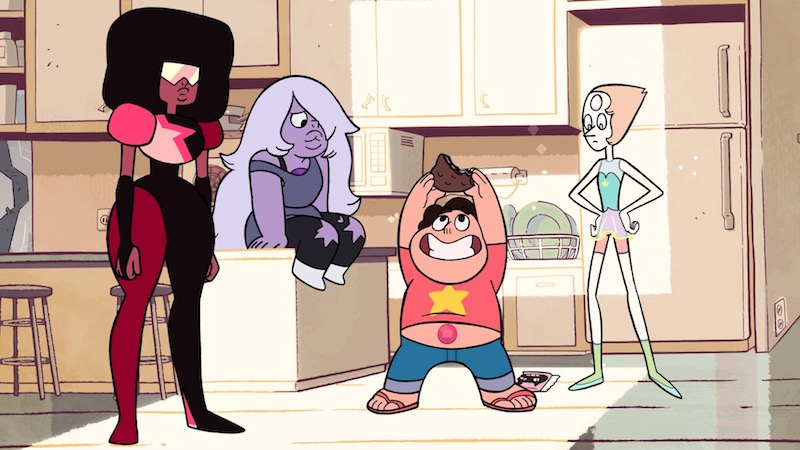 The next year, Fox’s splashiest debut was The O.C., which steered into that curve by building a real-time hiatus into the season’s break. We left the show with a possibly dead Marissa Cooper, and when we returned to the show it was months later. That’s one innovation.

HBO and the other prestige networks had already settled into the short-season standard, which meant for longer episodes – without commercial breaks, which additionally means each episode’s story is structured in terms of an hour-long film – but, given the 46-minute runtime of a network drama’s episode, meant not much shorter overall content: 22 episodes of a network show, at 75% the length of a 13-episode cable drama, is not really that much more TV to produce. That’s the second innovation.

Then came the season a/b break, which started hitting its stride around Battlestar Galactica. Two halves of a given year’s programming were treated, storywise, as separate seasons. This was the model adopted by most other Syfy shows, then most Freeform (then ABC Family) shows, as they started turning out hits, and now it is the standard for ABC dramas and will continue to take over network programming into the future. That’s the biggie, and it’s happening now.

Where this coincides with the rise of streaming should be obvious, and while Hulu is sticking to the weekly rollout overall, versus Netflix and Amazon Studios’ more typical binge-drops, I think there will always be a place for weekly releases. It’s easier on production, allows headway and steam to build beyond that confounding first-week debut when nobody knows who else has had time to binge, but also because of the limitations and quirks of the human brain.

We binge because we feel like we have to – it’s right there to be enjoyed – and because a lot of the time we are playing catch-up anyway – what percentage of people in 2016, would you say, watched The Wire week by week, starting with the premiere? But also because there is nothing like the associations we make, using short- and long-term memory, to the worlds we visit on a regular basis, with time between to ruminate and ponder and theorize and possibly rewatch again.

There is no way for me to know what it’s like, for example, for you to watch Buffy the Vampire Slayer in a binge. Physiologically, it is impossible for those of us who were there to imagine what that’s like, and it’s not worth trying. What is worth considering, instead, is where this vector leads, what the next innovation is.

The last season of The Legend of Korra, a beautiful sequel to the life-changing Nickelodeon cartoon Avatar: The Last Airbender, jumped from weekly airings to online-first and then online-only releases, seemingly a different model every week or two, and for that show it seemed like, and turned out to be, a death knell, similar to burn-offs of network dramas in the low season, when an endangered show is aired at odd times or after its official cancellation, which is the natural association we make to moves like that after living so long under the September-to-May sweeps roadmap that tells us when premieres and finales ought to happen.

So what were we to think, when Steven Universe – Cartoon Network’s worthy successor/little sister to its brilliant Adventure Time – started airing strangely clumped “Stevenbombs” of irregular numbers of episodes, staggered with breaks of equally irregular length? Even the most optimistic response, without knowing more about what is going on behind the scenes, might suggest that the vagaries of animation might, somehow, be to blame. The creators of The Venture Bros., for example, fully admit their weird schedule is a function of their process, and not some oddly canny read of the wind.

Even this year, when the “Summer of Steven” – daily airings of one more episode, for weeks on end, and then nothing – was presented as an “event,” lots of viewers assumed the worst. But as it turns out, the Stevenbombs weren’t a compromise or weak response to scheduling issues at all. They are, like the Netflix Original programming algorithm, precisely calculated to juggle all forms of viewing (at-air, recorded, streaming, and so on) in some inscrutable way to create maximum viewer and ratings impact.

Understanding the precise mechanism of this from a programmatic or marketing standpoint is above my pay grade, but having just watched the entire third season of 25 11-minute episodes – a binge shorter than even those of the latest run of day-one half-hour comedies from the streaming services, the model pioneered to success in a similarly creative, seeming Hail Mary by Orange Is the New Black – I can say that one thing the Stevenbomb has not done is impact the show’s creative brilliance, emotional impact, or social daring.

This season saw the two past lovers of Steven’s mother Rose – her magical lieutenant Pearl and mortal husband Greg – finally mend their fractious relationship over love of her remaining son, in an incredibly moving musical episode that will most certainly be getting some awards in 2017. It saw Orange’s own Crazy Eyes, Uzo Aduba, make a valiantly wrongheaded and ultimately gut-wrenching case for unsanctioned assassination and weapons of mass destruction.

And unlike almost any piece of entertainment – which a grad student could by brute force make “about” these things – Steven Universe, like Adventure Time, Avatar/Korra and Clone Wars, and like Buffy before them, has done so deliberately and expressly – and with such a light touch that a 4-year-old would come away no more traumatized or less entertained than her grandmother, even as it explores the contradictions and dangers inherent to our country’s approach to health care, follows the long and aching arc of one character’s recovery from sexual trauma, and explored birth defects, blended families, gendered notions of power and attraction, and fairly complicated notions of consent.

Part of all this is, I think, that genre and cartoon creators are starting to remember the thing most adults have forgotten: That “queer” is a lot more about expectations than it is about realities. You do not have to explain to a child that men sometimes fall in love with men and it’s not a huge deal – but you do have to explain it to their parents an awful lot of the time. We are socialized to glide mentally over heterosexual acts without thinking twice, engaging in jokes and wordplay – the father with a shotgun, the cherry stem tied in a knot – that provide a buffer we don’t have in place for gay people yet. When you think of a gay person, you think of graphic sex, but when you think of your straight neighbor, you’ve trained yourself to look past it, if it comes up at all. (“And why would it?” Exactly.) What these shows do well is returning to that innocence that comes before the porn, in which we don’t have to avoid or fixate on their bodies, or on images of them having sex, because – as we are born knowing – there is a lot more to all of us than that.

For a long time, having watched first Battlestar Galactica as the Syfy breakout, and then Pretty Little Liars as Freeform’s, I’ve come to view these qualities as linked. Shows that are willing to experiment with format – and not just in terms of programming (Limitless, Mr. Robot, the usual suspects, all play with the idea of television as well) – seem, at the same time, willing to talk about real issues with social relevance, in a character-centered way that is neither dry nor without its poetry.

So, while it’s strange to be talking about Battlestar’s sophisticated paranoia and Pretty Little Liars’ fever-dream noir in the same breath as the unrestrained and delighted id of Adventure Time, or the often-painful but always life-affirming introspective fun of Steven Universe, all this and the new bizarre forms our entertainment is teaching itself to take, leads us all the way back to something pretty simple: Whether dark or light, the creativity that brings these stories to life is linked to the spiritual depth of the creators telling the story. The very first innovation of all, maybe, but something that has always been true. You just have to know where to look, even as the concept of “where” is changing shape right under our noses.