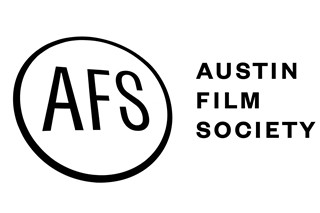 Providing some of the financial fuel to the flames of Texas filmmakers' passions, today the Austin Film Society released the projects they are funding this year, as part of their AFS Grant program.

Formerly the Texas Filmmakers' Production Fund (launched in 1996), the AFS Grant program awards various monies to Texas filmmakers' production, post-production, equipment, and travel grants, so they can rep their film at various festivals around the world. This year, AFS gave out $105,000 in funding and $64,000 in goods and services. That makes the tally up to $1.6 million in cash handed out since its inception.

This year's panel (administered by AFS head of film and creative media Holly Herrick), included Dennis Lim (programmer for the Film Society of Lincoln Center and noted David Lynch scholar), Grace Lee (a Peabody Award-wining documentarian), and Daniel Patrick Carbone (one of the directors of SXSW title collective:unconscious and the upcoming Phantom Cowboys). You can read all about them here. The recipients this year offer up some familiar faces, with Tower director Keith Maitland getting $10 grand to help fund his doc on Michael Brody Jr., an eccentric millionaire who caused a stir when he offered up $25 million to anyone who could potentially bring about world peace. Scott Stark, of Experimental Response Cinema, received a $2,500 production boost for his experimental film The Epiphanists, a very intriguing film consisting of found film trailers pieced together to tell a story of a dystopian future (is there any other kind?). Longtime Linklater editor Sandra Adair (now a director in her own right) secured $4,000 for her doc on local artist Lance Letscher, and dynamic duo Patrick Bresnan and Ivete Lucas were awarded with not only some funds for their next doc short "Skip Day," but also some traveling cash to send them across the shore to the BFI London Film Festival for their award-winning doc "The Send-Off."

Congratulations to all the recipients, and we can't wait to see what marvelous films are created.

Shoot the Moon
Graham Lenoir Carter (Austin)
$5,000 cash for Production
MPS Camera & Lighting Award (in-kind): $10,000 in camera and equipment rentals
A musical comedy about a couple of Texas con men who scam housekeepers into stealing money from their wealthy employers. Their plans change when they meet the newly reformed Maureen ... all this while a bumbling, lovesick PI is hot on their trail. Based on the James Joyce short story "Two Gallants," and the songs of John Prine.

Friday's Child
Andrew J. Edwards (San Antonio)
Stuck On On DCP Grant (in-kind): one theatrical digital cinema package
Aging out of foster care at age 18, a young drifter collides with the perils and temptations of a life alone. A botched robbery, committed out of desperation, leads him to seek redemption from the woman he hurt most.

Mutt
Katie Graham and Andrew Matthews (Austin)
$8,000 cash for Production
Kodak Film Award (in-kind): $4,500 in film stock
A misunderstanding with authorities separates a homeless veteran, Daniel Sidney, from his only companion, his dog Saxton. Daniel reunites with his estranged brother to search the city’s animal shelters, leading him to the doorstep of an affluent family that is reluctant to give up the adopted dog, forcing him to weigh what’s best for the animal, and himself.

Miss Juneteenth
Channing Godfrey Peoples (Fort Worth)
$8,000 cash for Production
Turquoise, a former beauty pageant queen turned single mother prepares her teenage daughter, Kai, for the upcoming pageant while making sure her daughter doesn’t make the same mistakes in life that she did.

The Epiphanists
Scott Stark (Austin)
$2,500 cash for Production
The Epiphanists is an experimental narrative told entirely with found 35mm movie trailers, reprinted by hand onto raw film stock, creating a pulsing, kinetic and intensely dramatic visual joyride. Set after the Epiphany – the moment in a future time when the dire warnings about climate change have become undeniable –Tonya and a team of insurgents attempt to infiltrate the remaining vestiges of corporate power, in a last attempt to reverse planetary self-immolation.

The Secret Life of Lance Letscher
Sandra Adair (Austin)
$4,000 cash for Post-Production
Stuck On On DCP (in-kind): one theatrical digital cinema package
This deeply intimate and psychological portrait of collage artist Lance Letscher traces his artistic evolution, capturing the mystery of his creative process and revealing his struggle to overcome personal tragedy.

Peyoteros
Eugenio del Bosque Gómez (Austin)
$4,000 cash for Production
Three Mexican-American men in South Texas are the only individuals left who can legally harvest and sell peyote in the United States. Traditionally known as Peyoteros, these men supply the sacred plant to members of the Native American Church with medicine for their sacrament. Supplies of the plant are dwindling, and demand continues to rise.

Born With It
Alexander Koffler (Austin)
$5,000 cash for Production
Grammy-nominated blues artist Cedric Burnside – grandson of the legendary R.L. Burnside – continues the legacy of the great Hill Country Bluesman, playing to crowds around the world. Juggling a rigorous touring schedule of 200 shows a year and a challenging home life, Cedric channels the transcendent power of blues as a way to cope with life and continue his struggle keeping the musical form alive and his family afloat on the banks of the Mississippi.

Dokdo: Lone Island
Matthew Koshmrl (Austin)
$5,000 cash for Post-Production
Dokdo: Lone Island explores the disputed island territory between South Korea and Japan. It takes an intimate view into the lives of three Korean people who have dedicated their lives to fighting for the sovereignty of the island. The film meditates on the reasons that urge their fight, while challenging nationalistic thinking with a breath of irony, and exploring identity and individual legacy.

Untitled Michael Brody Jr. Documentary
Keith Maitland (Austin)
$10,000 cash for Production
In 1970, Michael Brody Jr., a young hippie millionaire, announced he would give away $25M, capturing the attention of the media and inspiring scores of people before spiraling into personal tragedy. With the discovery of thousands of unopened letters written to Brody in 1970, his story and his impact on those who wrote to him is explored in a stranger-than-fiction account of a troubled young man and the chaos that ensued when he invited the world to share in his supposed good fortune.

Canine Soldiers
Nancy Schiesari (Austin)
$3,000 cash for Post-Production
Dogs can be man’s best friend, and a soldier's too. Canine Soldiers explores the intimate bond between Soldier Handlers and their Military Working Dogs, when human survival depends upon the superior instincts of another species. In the war in Afghanistan, where the rules of engagement have shifted from traditional combat to the unforeseen and the invisible, canine intelligence and their powerful instincts are saving lives, giving soldiers comfort, hope and protection.

Seadrift
Timothy Tsai (Austin)
Powered by Dell Grant (in-kind): a post-production technology package valued at $10,000
In 1979, the fatal shooting of a white crabber in a small Texas fishing village ignites a maelstrom of hostilities against Vietnamese fishing communities along the Gulf Coast. Seadrift inspects the circumstances surrounding the incident and its tumultuous aftermath, and tells the story of Vietnamese refugees who flee their home country only to be confronted by angry fishermen and the KKK as they search for a new home in a strange land.

Inner Sanctum
Aaron Jacob Weiss and Robert Weiss (Austin)
$5,000 cash for Production
Inner Sanctum is a film inspired by candid conversations with mortician Dale Carter. They explore unique perspectives about the fragility and complexity of the human condition. Through being granted access to this foreign and forbidden world of the funerary process, they present this subject through the lens of spirituality and mysticism paired with social realism.

"Inbetween Days"
Madli Lääne (Austin)
$3,000 cash for Production
In 1991 in Soviet occupied Estonia, two young friends reach across cultural and political lines to unite over one thing: a shared bottle of Coca-Cola.

"Sunshine and Rain"
Vish Vallabhaneni (Austin)
$2,500 cash for Distribution
"Sunshine and Rain" is a gritty narrative following Kayla, who is dead-set on going back to college and leaving the Dallas Housing Projects behind. However, after her mother’s release from rehab and her younger brother’s involvement with a rough crowd, Kayla faces the decision between her family and her future.

"Lavoyger"
Rachel Bardin (Austin)
$3,000 cash for Distribution
El Tule ranch is a private playground for Texas oil barons and powerful politicians but the manager, Lavoyger Durham has discovered over 20 bodies of people who died avoiding a nearby border patrol checkpoint. In this short documentary portrait, we follow Durham as he details his history with the ranch, Texas, and its people.

"Skip Day"
Patrick Xavier Bresnan and Ivete Lucas (Austin)
$4,000 cash for Post-Production
On the Monday after their prom, seniors at Pahokee High skip classes and race the roads through the fifty miles of agriculture that separate them from the coastal economy. "Skip Day" is an observational film that follows students on the verge of graduation as they leave their rural African-American community of Pahokee, Fla. to experience the unwelcoming beaches on the opposite side of Palm Beach County.

"Naturalism"
Peter Bo Rappmund (Dallas)
$2,000 cash for Production
Kodak Film Award: $500 in film stock
"Naturalism" is a short, experimental documentary that looks at how an environment comes to be defined through the stories we tell. Focusing on the peculiar structure of Enchanted Rock, Texas, the film uses two narrators to describe both the geologic description of the giant granite plutonic batholith, as well as the native account of the significance of the site. Naturalism is animated entirely from 35mm still frame photography and contains field recordings taken on location.

"Ensueño"
José Luis Gonzalez (Austin)
$4,000 cash for Post-Production
"Ensueño" centers around Ester Bolaños. Curious and intelligent, restless and slightly reckless, she is a teenager stuck in an isolated west Texas border town. Part of a larger narrative of Ester’s life and her family, "Ensueño" captures the ways in which even the most mundane of activities can be overtaken by Ester’s vivid imagination.

"Tightly Wound"
Shelby Gaffney Hadden (Austin)
$5,000 cash for Production
A woman recounts her experience living with chronic pelvic pain – how health professionals have failed her, men have rejected her, and shame, anger, and hatred have plagued her body.

Above All Else
John Fiege (Austin)
New York Film Festival

In the Air
John Fiege (Austin)
IFP Spotlight on Documentaries 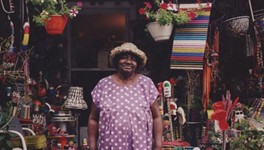