This weekend sees the local release of Richard Linklater: dream is destiny, a portrait of the life and career of the Austin filmmaker. To celebrate this release, we take a look back in the archives of the Chronicle to offer up some backstory. 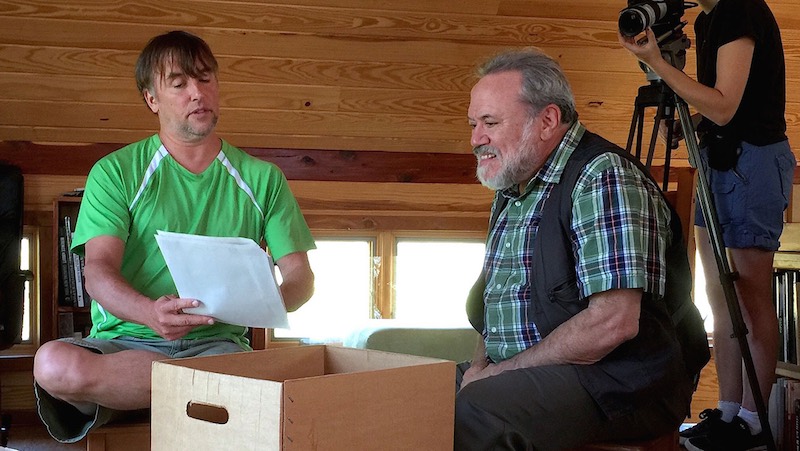 First and foremost, Richard Linklater: dream is destiny is co-directed by Emmy and Grammy Award-winning documentarian Karen Bernstein and Austin Chronicle/SXSW co-founder Louis Black. Black and Linklater have been friends and collaborators for over 30 years, and the duo, along with cinematographer Lee Daniel, UT professor Charles Ramírez-Berg, and Chale Nafus founded the Austin Film Society back in 1985. From those humble beginnings, AFS has now taken over the Marchesa Hall & Theatre, offers various programs for local filmmakers, and brings to Austin a wealth of films that, otherwise, would not have a place to screen.

After the success of Linklater's 2014 film Boyhood, Bernstein approached Black about doing a portrait of the filmmaker for the American Masters series. Black agreed, and the film premiered at this year's Sundance Film Festival. After that, it was on to SXSW, where Linklater was debuting his new film, Everybody Wants Some!!. Frequent Linklater cohort Ethan Hawke had two films at SXSW as well, so that convergence was something we could not pass up. Their conversation (you can read the entire transcript here) covers many aspects of the filmmaking process, as well as asides on the tragic loss of Philip Seymour Hoffman and Oscar “bullshit.”

And now, a wider audience has a chance to catch Richard Linklater: dream is destiny. For showtimes, and to read Marc Savlov's review of the film, see Film Listings.