Owen Egerton on VOD, plus Antibirth 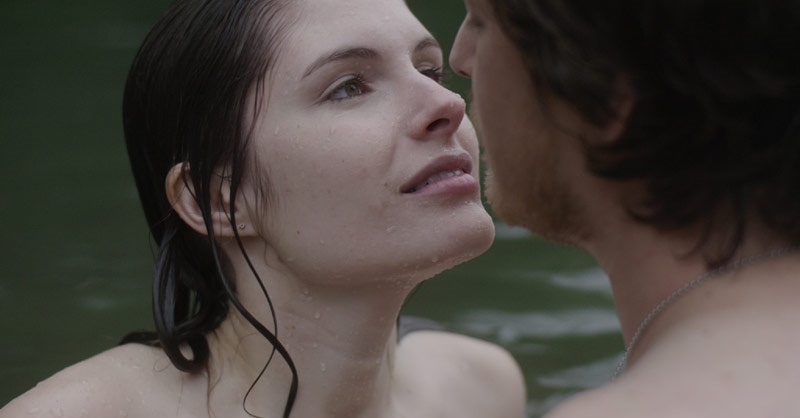 Their relationship is headed to some fracture – or may have already fractured, since Quinn is pretending he isn't already out the door. He's got an offer to perfect his creative skills at grad school, and his flirtations with fellow bartender Viv (Haley Lu Richardson, The Last Survivors) are developing more weight than maybe they should. But Quinn's in denial, and that turns out to be a bad plan when Thana gives him an unexpected pre-Christmas gift: a gun, and a request that he trust her and pull the trigger.

What happens from there seems to be set up as a serious meditation on obsession and rejection, foreshadowed by a quote from Anaïs Nin. But once Quinn wakes up in the middle of his own private hell, it quickly slides into a less caustic and more character-driven EC Comics morality tale.

Much of this depends on Segan because – oddly for a novelist – it's Egerton's double duty as a writer that lets him down a little. His script has finesse, and as a director he continues his signature sense of silly yet black comedy. Yet at a brisk 72 minutes, there could easily have been a little more room for the supporting characters to breathe.

That's most transparent in Thana, who remains an enigma, a manic depressive pixie girl into whom Applegate can only layer so much nuance. Both she and Viv are basically foils to Quinn, and represent the different stylistic nods, from brutal noir to a twistedly romantic Weekend at Bernie's.

It's Segan who adds consistency, as Quinn has less control over his circumstances and his rapidly fraying sanity, as his grasp on his circumstances sputters like the half-burned Santa candle on the table. He's an unconventionally conventional leading man, part Douglas Fairbanks Jr., part Rodney Dangerfield. 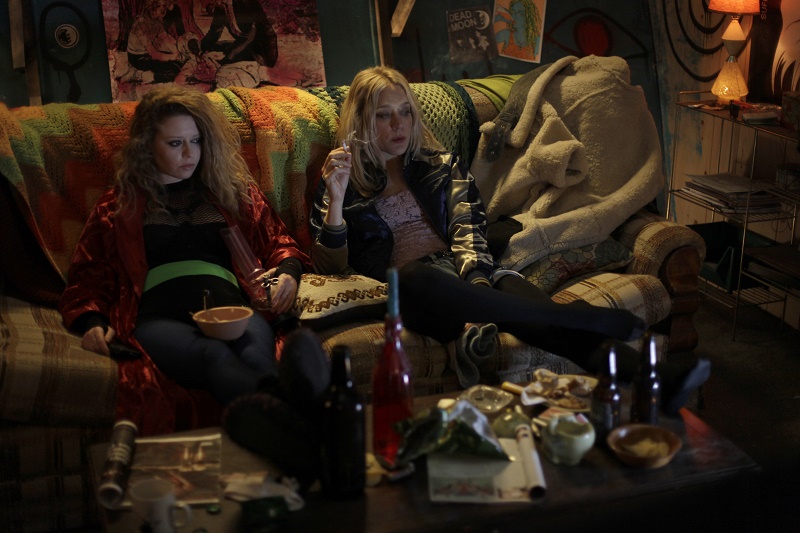 Natasha Lyonne and Chloe Sevigny may not be ready for what this pregnancy will bring in sci-fi stoner lunacy Antibirth.

"I already feel terrible, I may as well try and have a good time," Lou (Natasha Lyonne) tells her best friend Sadie (Chloe Sevigny) in Antibirth (arriving on VOD from IFC Midnight on Sept. 2). Lou is having a bad pregnancy: her skin is peeling, her teeth are falling out, but that might not be related to her upcoming motherhood. After all, she's living in an unnamed hellhole in Michigan, earning just enough money working shitty jobs to stay pretty constantly wasted.

And this isn't Hollywood "wasted in a Michigan hellhole." This is what Cronenberg would vomit out after being strapped down and forced to watch Doom Generation on a 24-hour loop. Low-grade drug dealers cutting anything illegal with anything they can find under the kitchen sink, selling their chemical mish-mash to thirtysomething wastoids nodding off in front of bizarro psychedelic self-help TV shows, interspersed with even more off-putting commercials. This is homeless people banging on your windscreen while you're buying groceries, and pervs watching hookers at work in steamed-up car windows.

This is pure anti-glamour, and Lyonne is one of the few recognizable actresses that can feel natural in that environment. Meanwhile Sevigny's Sadie feels like her Kids creation Jennie all grown up, with the battle scars and disaffected disinterest from a life of near-misses.

The greasy feel, like oil on slushy snow, that pervades the film would signpost it as more off-kilter genre than straight-ahead art drama. But then Lou's pregnancy isn't right, starting with the fact that she hasn't had sex in a long while, and even if she had, she wouldn't suddenly swell like a bloating corpse overnight. Like Mickey Keating's Pod, there are shades of The X-Files, but only if Mulder and Scully didn't make it in time. Classic sci-fi invasion tropes intrude, given an earthy charm by Lyonne as Lou, pointedly disinterested in anything that gets in the way of her getting high.

First-time director David Perez (previously best known for providing the visuals for Animal Collective's video album Oddsacs) creates an ambience that is equal parts Requiem for a Dream, Tetsuo, and the skeezier end of the Flaming Lips. Without that, this would be the standard maternal horror, as Lou swells at an unnatural rate from an unknown impregnation.

But it's the balance of the viscerally graphic (Lou lancing a vast blister with a hunting knife) versus the brain-twisting, even hallucinatory visuals (Lou being kidnapped by a bargain basement Rockafire Explosion, and the most bonkers birth sequence since It's Alive) that makes Antibirth a cold-sweat brain-scrambler.

I Am Not a Serial Killer was one of the unexpected crowd and critical successes of this year's crop of SXSW narrative spotlight titles, and received a rave review in these very pages at the time. Billy O'Brien's astounding adaptation of Dan Wells' literary horror masterwork arrives on VOD from IFC Midnight this week, and is unmissable.