On Detroit, Uruguay, and shooting that scene 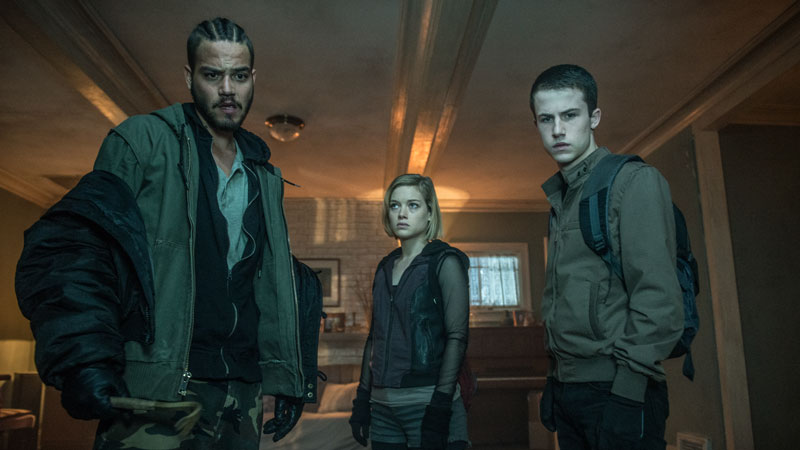 It's rare that a no-name film comes with buzz attached, but that's what happened at SXSW with Fede Alvarez's new feature. Before it screened, it was just called Untitled Fede Alvarez/Ghost House Thriller, but after its Midnight world premiere, the secret was out: His home invasion horror was called Don't Breathe.

The thriller is Alvarez's follow-up to his feature debut, 2013's Evil Dead (read our interview with Alvarez and producers Robert Tapert and Bruce Campbell here). There are no ghosts or ghouls here: Instead, it's a crime drama – just one that takes a very freaky turn. Alvarez said, "When I read that someone has climbed 10 stories to get into an apartment, and then they climb back, it's like they're real life superheroes or super villains."

Fede Alvarez: I really fell in love with the city for many reasons. First of all is Robocop, I've got to say. That introduced Detroit into my life when I was a kid, and I thought that it was the city of the future.

It doesn't look like it, but I think it has a connection with my home city, Montevideo. Both cities were awesome in the Thirties and Forties. That was a great time, and my generation grew up hearing those stories. "Oh, we used to be great, and now we're fucked." That idea of no future, of growing up in a city with no future. "It's over, we're shutting down here, we're closing shop. So whatever you want to do with your life, go ahead and try it, but it's done. The best times are behind us."

The characters, each one of them is being forced into submission by the previous generation. Rocky's mother is making her pay for her food, like she's going to look after her now. Alex's father, although you don't see it in the final cut of the movie, wanted him to be a security guard like he is, but Alex wants to get money to get an education. Even Money, he wants to impress the previous generation of criminals.

FA: Well, it's Evil Dead, what are you gonna do? That's what it's always been about.

AC: It's almost like you react against that here. Even when someone gets shot, there's not a massive blood spray. How much was that an active decision, to move away from the splatter?

FA: This film is definitely a reaction to my experience with the previous film. I'm not saying it was a bad experience, because it was a great experience. Most of the horror audience did enjoy the film, but it was very polarizing. Either you loved it or you fucking hated the thing. But there was always the element of, "Oh, it's a remake." Well, OK then, I'll do something original. And it's easy to shock people with so much gore, so, OK, no gore then. And then there was so much shock value, there's no space for suspense. I'm like, "OK, you want suspense, I'll give you suspense." And then there was a trend that every movie was a supernatural horror. OK, let's not make it supernatural.

AC: There's a pivotal scene that will make a lot of audiences squirm, and it's very unlike what you'll get in most U.S. horrors. When you wrote that, what was the response from Ghost House? Was there a quick call saying, "About this scene?"

Great movies, particularly in thrillers and horrors, there's always an idea that now we get used to. But when you think about someone pitching that, like someone pitching The Exorcist, and the girl with the crucifix, I'm sure nobody went, "Let's do it, it's going to be awesome." Most of those elements in classic horror thrillers are the ones that they shock you because they go against morals, or you don't feel comfortable with, particularly if you haven't seen them before.

Nothing gets me more excited than getting people shocked about something. If the question is, "Are you sure you want to do this?" my answer is always yes.