The Austin Film Festival dropped more of its 2016 lineup today, announcing eight titles, many of which are world premieres. 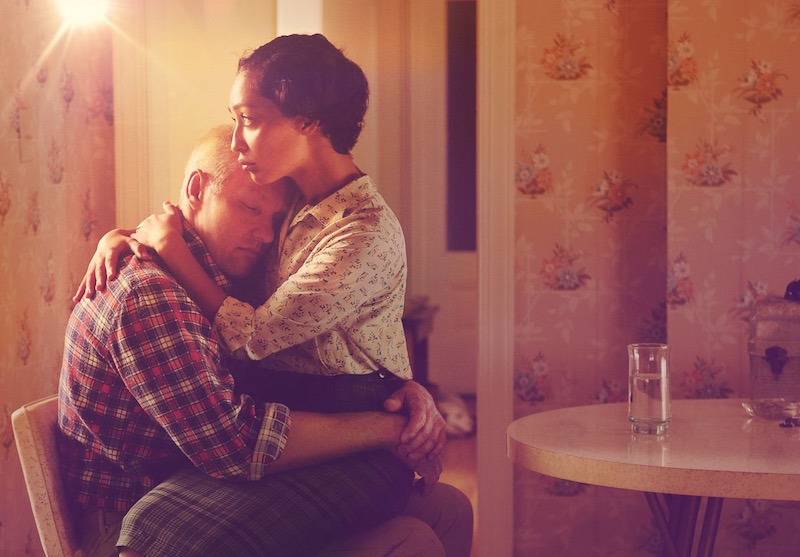 The big news here is the Texas premiere of Austin filmmaker Jeff Nichols' Loving, a period piece about a couple fighting Virginia's anti-miscegenation laws that eventually ended up at the Supreme Court. The film premiered at Cannes earlier this year to favorable reviews. Expect to see this film on more than a few end-of-year lists, as well as vying for a certain gold statue. Another Austincentric film making its world premiere is Caryln Hudson's The Big Spoon. The co-founder of the Cinema East film series now resides in L.A., but shot her film here in Austin.

Also announced is the Texas premiere of Lion from Australian filmmaker Garth Davis, perhaps best known for co-directing (with Jane Campion) the critically acclaimed miniseries Top of the Lake. The film follows an orphan, who after 25 years of living with his adopted parents, attempts to seek out his family. Other notable films include the North American premiere of Balazs Juszt's adaptation of the G.K. Chesterton novel The Man Who Was Thursday and the world premiere of Suburban Cowboy, Ryan Colucci's uncompromising film about a Long Island drug dealer who gets caught up with the Serbian mob.

The Austin Film Festival runs October 13-20. For more information and to purchase badges, visit www.austinfilmfestival.com. See the full list below.

The Big Spoon
World Premiere
Writers: Mallory Culbert*, Carlyn Hudson*
Director: Carlyn Hudson
Cast: Zach Knighton*, Nick Stevenson*
Long-term couple Mallory and Ben plan to enjoy a romantic weekend alone in Mallory’s house, but their plans are ruined when Elle, Mallory’s flighty roommate, shows up with a surprise lover. As tensions rise, each couple is forced to question the strength of their relationship.

The Harvest Run
World Premiere
Writers/Directors: Steven Balvanz*, Aaron McAdams*
The Beckleys, a third generation farming family, gear up for the annual Harvest Run – a demanding seven-month journey that is essential to producing America’s annual yield of wheat and corn. Faced with the insurmountable hardships of the American economy and climate change, the year’s run proves more challenging than ever.

Holding Patterns
World Premiere
Writers/Director: Jake Goldberger*
Cast: Freddie Highmore, Odeya Rush, Haley Joel Osment, Christopher Meloni
Mid-twenties, unmotivated, and still living at home with his mother and stepfather, Charlie Brenner is given a surprising boost of confidence when he meets Amber (Odeya Rush,) a local barista. As they become closer, the line between friendship and intimacy is blurred, and the situation forces both of them to examine where they are in their respective lives. Charlie's situation is further complicated by the sudden appearance of his estranged father.

The Man Who Was Thursday
North American Premiere
Writer/Director: Balazs Juszt*
In a mind-bending metaphysical thriller, disgraced local parish, Father Smith, is called to Rome for spiritual rehabilitation. Upon Smith’s arrival, his spiritual mentor, Charles, tasks him with a mission to go underground to ascertain the mysterious leader of an anarchist group of renegades.

Suburban Cowboy
World Premiere
Writer: Ryan Colucci*
Directors: Ryan Colucci*, Dragan Roganovic
In this gritty story based on real events, a Long Island drug dealer find himself in over his head once one of his soldiers robs a dealer with a connection to ruthless Serbian gangsters. Now responsible for the debt, he is forced to take drastic measures.