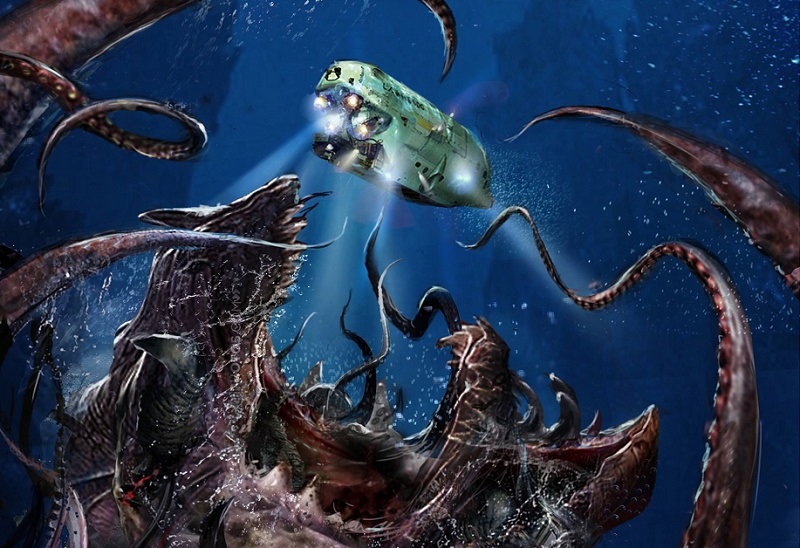 It Waits Below, one of the first round of titles in the Fantastic Market

It's scarcely a month before Fantastic Fest, Austin's biggest genre film fest, shows the state of the art. Now Fantastic Market, the industry sidebar to the main festival, has announced a big change, big speakers, and the first flushes of the future of out-there movie making.

Fantastic Market, aka Mercado Fantastico, launched in 2013 as meeting place for genre filmmakers in the Spanish-speaking world to connect with potential investors, buyers, and distribution partners. Over the years, it has evolved beyond that simple but vital remit. Now, it undertakes a full-blown transmogrification.

Market Director Rodney Perkins explained, "We have transformed the market into a full-fledged industry event with screenings, talks, panels, film pitches and special guests from all over the world. Our goal is to become the premier industry forum for genre films."

Fantastic Market (Sept. 22-25) runs alongside the larger festival (Sept. 22-29), and it's open to badgeholders with industry and market credentials. Today's round of programming additions includes:

Aside from the panels and speaker, there will still be the film projects hoping to find partners and a way to the screen. The list includes:

El Cucuy
USA/Canada
D: Gigi Saul Guerrero ("El Gigante")
Producer: Raynor Shima ("El Gigante")
A group of troubled kids at a residential treatment center are forced to work together despite their differences to defeat an ancient creature that is stalking and feeding on all of the naughty children within the facility.

It Waits Below
USA
D: Eric Red (The Hitcher, Near Dark)
Producer: Soyoung Jung, Brendan McCarthy (Let Us Prey, Wake Wood), John McDonnell (Let Us Prey, Wake Wood)
A three-man submarine crew dive to the deepest part of the ocean to salvage priceless treasure from a sunken shipwreck, unleashing a nightmarish extraterrestrial organism they must survive when the sub gets stranded at the bottom of the sea.

For more on Fantastic Fest, follow our coverage at austinchronicle.com/fantasticfest.