I Like to Watch: Better Things Than Stranger Things

There are other worlds than these

It’s important to remember that Netflix Originals, going back to House of Cards, are inspired by the algorithm: Netflix’s unfathomably deep wells of data showed that the People of Netflix wanted a dark, snarky, political thriller about garbage human beings, and they provided exactly that. 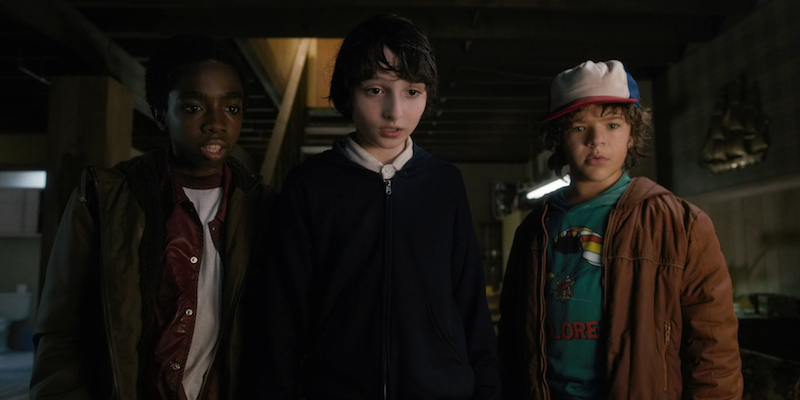 Maybe that’s why Stranger Things feels like it was written by a committee of seventh-graders. Maybe the algorithm itself said Netflix Nation wants a nostalgic, pastiche-laden, by-the-numbers adventure with a hot cop, some cool kids, beautiful camerawork, and stunt-casting, and that's all it told them. (Understand also that "contrarian" is, to me, the ugliest shade of green. I would not be talking about this if I thought for a second that it wasn't important, and objectively true.)

This is a stretch, but, hell: Maybe the algorithm demanded, stylistically, an abundance of reliably terrible dialogue and nasty, basic-ass sociology. Maybe the experience is designed to include vast swaths of predictable scenes, punctuated by moments of true greatness – funny, weird brilliance; off-kilter observations; human insights; Barb – in order to suit the algorithm, the way movies designed to be American blockbusters must also pander to the lowest common denominator of Chinese audiences.

Or maybe Netflix just knew we wouldn’t care. Considering it's run like a regular show, with a writers' room and everything, it seems more like a conscious choice. But to what end, I cannot say, and honestly even just thinking about it really steams my clams, because each choice is more incredibly cynical and disturbing than the last. So we'll just hope that the computer told them to write a basic as hell show for basic and dumb people, and the many (many) glorious moments are the signs of their artistic revolt.

Regardless of how it came to be this way, it’s more often than not embarrassing to watch, even alone. And the overdetermined, hysterically defensive discourse of those self-selected TV fans who’ve done so – reminiscent of Steven Moffatt’s Doctor Who, Nic Pizzolatto’s True Detective, Battlestar Galactica’s series finale – indicates more than anything that the trend of pretending it is perfect will fade. As happened with the similarly soulless and sexually naïve Community, we will be able to step back one day soon and acknowledge its faults.

But until then, we will be barraged with thinkpieces about the universal greatness of Barb, from adults who find it worthwhile to remain emotionally in high school, or about the “queer” representation on the show – nonexistent, even in the non-queer, anything-goes, fuzzy-logic sense of the word, as used by today’s most up-to-date insufferable queer-identified heterosexuals – anything to get away from the fact that the show is, in most ways we judge television, a scam and a sham.

What I think they have nailed, though – have selected as their marketing demographic, to be precisely frank – is that strangely territorial conflation of “I like it” and “It is good” that afflicts nerds at all ages and about all media, but particularly any artifact of the time period in which Stranger Things is set. It contains its own inoculation against criticism, even critique, which is possibly (but not probably) by design.

If you get into a conversation about merit with a person who is advocating for nostalgia, you have already lost. They have confused protecting the child inside themselves who remembers loving that artifact with the ego-driven adult who needs to believe that all of their opinions, all the pieces of their personality that they’ve assembled from disposable consumer products, are signifiers of virtue.

Do not go into that forest. You will not return unscathed, and anyway, it’s none of your business. Not your forest, not your trees. 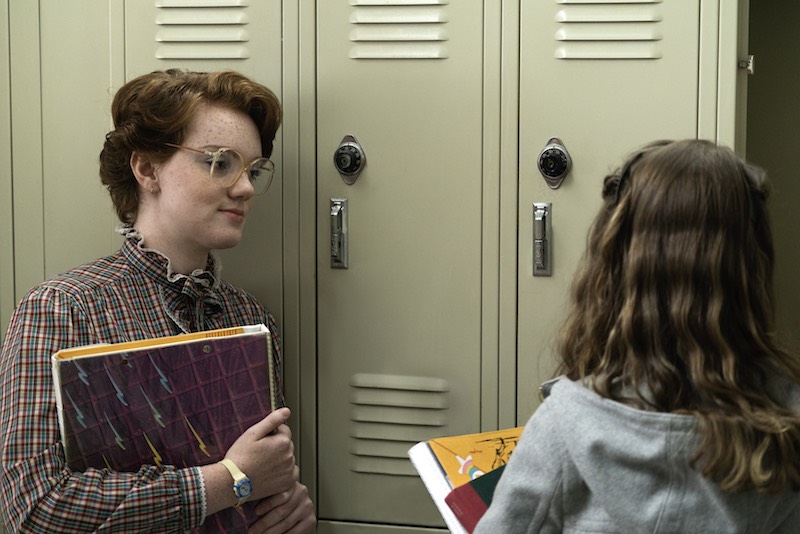 The face that launched a thousand hot takes: Shannon Purser as Barb in Stranger Things. (Courtesy of Netflix)

To take part in the world of Stranger Things is to enter a world where gay people don’t exist, where minorities are token, where girls are the gatekeepers of sexuality and must either be tricked and manipulated into sex, or hated and excoriated for it. It’s a world where ex-wives are crazy, girls are either sluts or frigid, even the nerdiest boys are either real men or faggots, and parents just don’t understand. If you feel at home in that world, you might not notice just how retrograde and disappointing – and indicative of the quality to come, immediately, once you’ve seen enough TV to identify the story you’re being told – those environmental cues can be.

But if, even still, you desperately wanted to love Stranger Things as much as the people around you, and couldn’t manage to fake it, I have made a list of things you might enjoy more.

Firstly, my favorites of what I call the Post-Revenge Crazy White People dramas: Shows that are not franchise blockbusters or easily genre-classified, but always involve a family of rich white people whose patriarch dies, and they all fall apart – which is very easy for them to do because they are all keeping secrets from each other, and somebody is not the person’s child that they think they are, and it’s riveting, because it is always super weird, in unexpected ways. Also notable, to me, because even though they all look and feel the same – and are all clearly going to be one season or less long, and mostly have female showrunners, which is to be honest a big reason they’re so reliably better than average – they are spread across all networks:

Deception (2013, NBC) contained Tate Donovan, which is all that needs to be said to prove that it was wonderful; also salved the wounds left by

Frigging Hostages – immediately prior, on CBS, starring Toni Collette and my beloved Sandrine Holt – which was one of the worst shows on television since Zero Hour and if you can believe it, that’s actually the least cruel way to say that.The Family, which aired this past spring on ABC and featured a great ensemble – including Joan Allen and Alison Pill – of wild hot messes. This “sex prisoner escapes” story included multiple child murderers with big eyes and very sweet hearts, and not one but two of the most, if not the only, lovable sex offenders in TV history. It was a weirdly moving, funny, WTF kind of show that never forgot where its heart was. 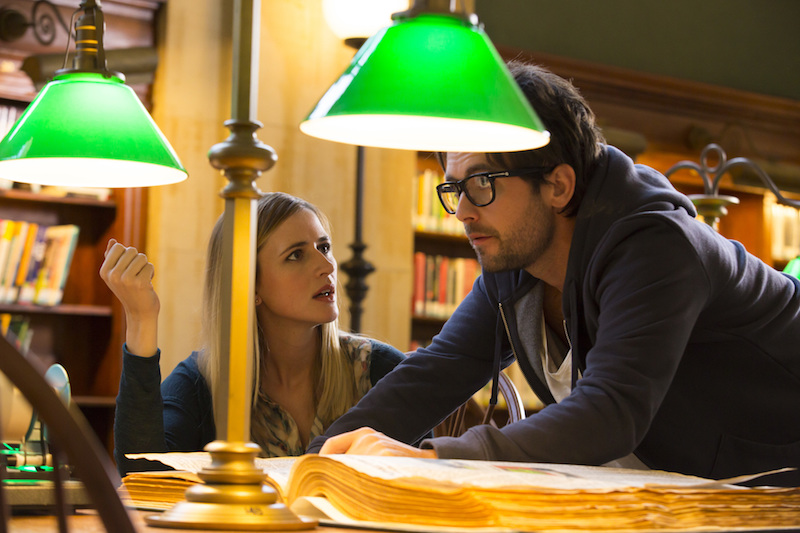 Which brings us to American Gothic (currently halfway through its 13-week run on CBS), which perhaps has fewer truly touching characters, but the ones who get you really get you. There’s the reliable Justin “Shameless” Chatwin, as a junkie dad whose drug problems are nothing compared to the screamin’ meemies you get in every hilarious scene with his budding sociopath of a son. There’s Juliet Rylance in “perfect big sister” mode, with her whole savagely creepy, Rosamund Pike thing going on (not to mention that she’s married to Dexter’s Ice Truck Killer, Christian Camargo, in real life, which makes so much sense now). And then there’s the greatest character of all, baby sister Tessa, played by Megan Ketch, last seen, quite memorably, as a very adorable gay cop on Jane the Virgin.

Watching Tessa crack up in the background of certain high-tension scenes would be worth it alone – or at least, in tandem with the more and more outré acting-out of her sociopathic nephew – but once you add the unbelievably high-minded design, which combines cartoonishly sumptuous interiors and hysterically dramatic color schemes, lingering aggressively over its giant collections of oddly specific knickknacks, and regularly slips in references – Wyeth, for one beautiful example – to the art-history, and thus class-cultural, implications of its title.

Preacher and Outcast, on AMC and Cinemax respectively, both do their part to normalize the visual ambitions of American Horror Story and True Detective, demonstrating that visual beauty and truly moving, successful writing can in fact coexist, rather than covering for one another. But we have expectations for premium and prestige networks, the same way we indulge allowances for streaming originals. To see these same ambitions on display on a Big Four network is really something. 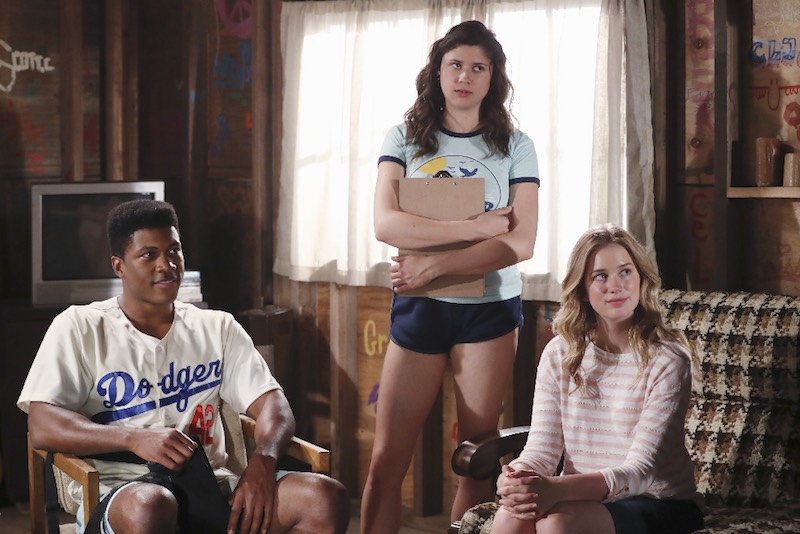 Dead of Summer (Courtesy of Freeform)

And the only thing more awesome than that, to give my final recommendation, is to see it happening on an ostensibly teen network. Freeform’s Dead of Summer, which expands its bailiwick and impressively nails it, time and time again. An Eighties-set camp counselor slasher fic, it delights and riffs on many of the same images and tropes that Stranger Things is content simply to acknowledge repetitively and consider the job done. That it also happens to feature Amber Coney – one of the greatest incoming minds, and talents, on the American scene, frankly – in a key role is just icing on the cake.

But what Dead of Summer has – which perhaps was missing for you with Stranger Things, as it was for me – is a love of its genre that surpasses the lazy movie-quoting, name-checking, Comic Book Guy mindset that passes for conversation among a certain subset of Geek-Americans. It takes the uninspired kitchen-sink approach that gives Stranger Things its unmistakable whiff of fan fiction, that sense of a Buzzfeed “Only Eighties Kids Will Get This” listicle come to life, and then asks, “But what if you took these ingredients and ... went on to tell a story?”

What if nostalgia and actual relevance, actual human insight, were all part of the same experience – what if instead of the drug of “escapism” we took that child inside you, brought it back to life again ... and then actually nourished him or her?

It shouldn’t seem so brave, and yet.