DVDanger: Howling with The Pack

DVDanger runs with the dogs and wolves 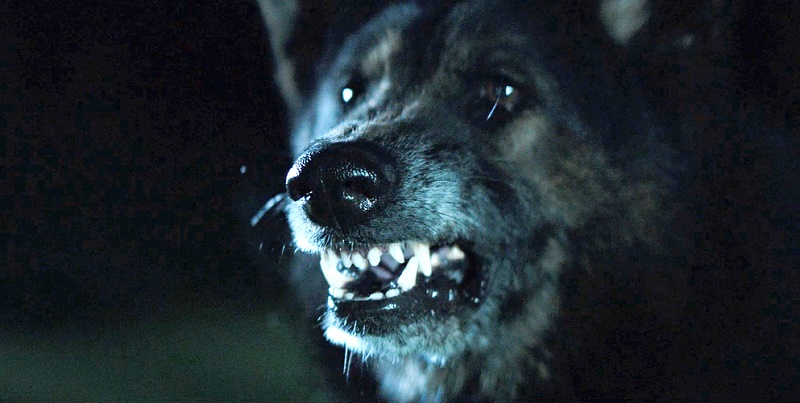 Man's best friend no more: The wolf is at the door in Australian siege horror The Pack (Photo courtesy of IFC Midnight)

There is no worse nightmare for a farmer than finding your livestock dead. It’s an inevitable kick in the gut, made all the harsher when you realize they’ve fallen to predators. Australian siege-horror The Pack amplifies that nightmare by having humanity’s supposed best friend culpable.

The Wilsons are presented as a family divided. Father Adam (Jack Campbell) is living the Ocker dream of running his own sheep farm, but it's imploding; his wife Carla (Anna Lise Phillips) has set up a vet practice and kennel to cover the running costs; young son Henry (Hamish Phillips) doesn't want to leave their pastoral home; and elder daughter Sophie (Katie Moore) wishes they would sell up and move back to civilization. And something has been taking their flock, something that now has turned its attention to them.

The isolated family under siege by nature is scarcely a new plot device, but The Pack carries particular recent resonances of two specific examples: claustrophobic Irish supernatural horror The Hallow, and The Children. With the latter, it shares a sense of betrayal by something that should be loyal unleashing such sharp-fanged anger. The dogs or wolves or whatever they are (first-time director Nick Robertson plays that purposefully ambiguous) are truly monstrous, massive and snarling, but still plausible. They hunt as, well, a pack, with the family’s greatest error being that they underestimate their smarts. This is, after all, what they do. They hunt, and that hunt is grisly and fraught with blood-flecked terror.

Not that the family’s defense of their territory is all ear rubs and rolled newspapers over the nose. That “no animals were harmed” tag has rarely been more welcome, as their survival is dependent on a visceral and bone-crunching defense.

The Pack’s success is that it taps into the simple, primal fear of wolves, and the terror of rural isolation. Robertson establishes simply, elegantly, and quite gruesomely that the animals are a threat, and then plays out the slow-burn pursuit inside and out of the family’s rambling, mansion-sized farmhouse. He finds decent reasons to split the clan up (mostly predicated on the parents' ill-applied dedication to protecting their pups), but most importantly he taps into the simple fact that nobody does wilderness horror like the Australians. The Outback is a murder machine, and the vast grazing lands that make it so attractive for rearing sheep make it the perfect environment for disposing of the hapless and witless.

So while it may never quite reach the near-impossible perfection of desiccated nihilist nightmare Wake in Fright or the more deeply humane Walkabout, it fits into the tradition of eco-terrors established to perfectly by Ozploitation classics like Lost Weekend.

The Pack (IFC/Scream! Factory) is available now on DVD and Blu-ray. Also out now and coming soon:

There's a Bad Moon rising for the ill-fated Michael Paré

Much like The Pack, 1996’s shaggy-dog shocker Bad Moon (Scream Factory) definitely doesn’t skimp on any gore. Yet this time the hound is not the source of terror, but the only defense against it.

A box office non-entity at the time, it brings together two great Eighties also-rans (Mariel Hemingway and Michael Paré) as sister and brother contending with an outbreak of lycanthropy (so far, so ho-hum). But what suddenly puts it over into the realm of fascinating is the hero isn’t human or wolf: It’s Thor (Primo), the family’s pet German shepherd.

There was a point at which Paré was going to be a megastar: In an alternate universe, between Eddie and the Cruisers and Streets of Fire, he was a soulful Harrison Ford. Bad Moon is yet more frustrating evidence of how close he came. His most powerful scenes (and this movie, like all the best werewolf films, is a tragedy) come from his interactions with Thor. After he contracts the baleful disease of lupine transformation in a gory opening sequence, he tries to keep away from any human victims. When that fails, he tries to put the blame on the only creature that’s worked out there’s something quadrupedal about this human.

It’s Paré that gives Thor character when he protects his people from the furry beast, and that may sound hokey, but somehow that works. It also works because Paré always keeps a little of the beast in the man (and full kudos for the brilliantly conceived moment in which he proves his territorial dominance over man’s best friend). In the making-of documentary included in this edition, writer/director Eric Red has nothing but praise for his performance (not the same for Hemingway, who he diplomatically terms as "limited").

It’s also one of the better werewolf effects to date. Steve Johnson’s name has tragically been a little overlooked in recent years as a creature designer, but his team's work here is extraordinary. They mostly dodge the old misery-maker of the transformation sequence, instead showing the beast in its full, muscular, slavering glory. It’s a pure updating of the original wolfman, Lawrence Talbot, and his struggle to suppress his inner beast. The result is Old Yeller meets An American Werewolf in London, a hybrid that’s definitely no mutt. 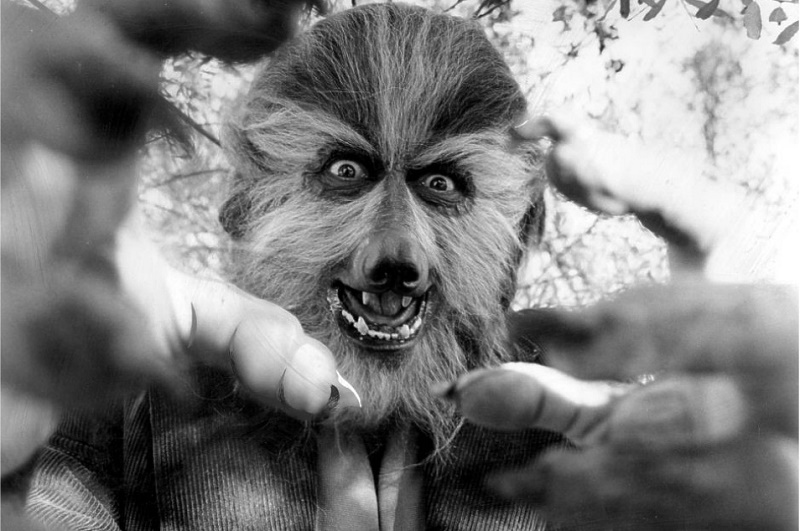 Come to daddy: The Boy Who Cried Werewolf is a Seventies mishmash that's neither wolf nor man, nor fish nor fowl

There’s no canine intercessor in The Boy Who Cried Werewolf (Scream Factory/Universal), which begins more like a movie of the week than drive-in horror fare. “You used to love each other,” Richie (Scott Sealey) tells his father Robert (Kerwin Mathews), and it seems like father/son bonding in the throes of an amicable but inevitable divorce is the theme of the day. Right until daddy dearest gets bitten while trying to protect his son from a well-dressed werewolf. Fortunately the beast plummets to its death over a convenient cliff. Unfortunately, he took a chunk of Robert’s arm with him, and so now it’s his fate to transform into a furry freak every full moon.

It's most notable as the final film by Nathan Juran, who had established as much of a career as a TV director (Lost in Space, The Time Tunnel) as a film creator (First Men in the Moon, Attack of the 50 Foot Woman). However, it’s tonally strange, a mixture of 1973 social concerns and classic Fifties day-for-night rubber mask horror. The effects haven’t progressed much beyond Lon Chaney Jr.’s transmogrification in a mirror, and the monster’s murders are fairly bloodless. In fact, his first two dispatches of hapless locals are technically vehicular homicide. The Blu-ray cleanup doesn’t necessarily do the effects too many favors (there are multiple shots in which Mathew’s human lips are clearly visible inside the wolf mask mouth).

It’s impossible to shake the feeling that this is more afterschool special, drenched in “mommy and daddy still love you, they just don’t love each other” schmaltz that only works because of Mathews and Elaine Devry, who plays his estranged wife Sandy. The rest is a hodgepodge of period cliches, with a denouement involving a roving band of holy-roller hippies that may be the high point of the film. It doesn’t get much better than scripter Bob Homel as Brother Christopher delivering the line “We get our high straight from God” with evangelical enthusiasm to the gloriously surly Sheriff (played by TV Western institution Robert J. Wilke).