On set for Star Wars, plus Creepshow and Harryhausen 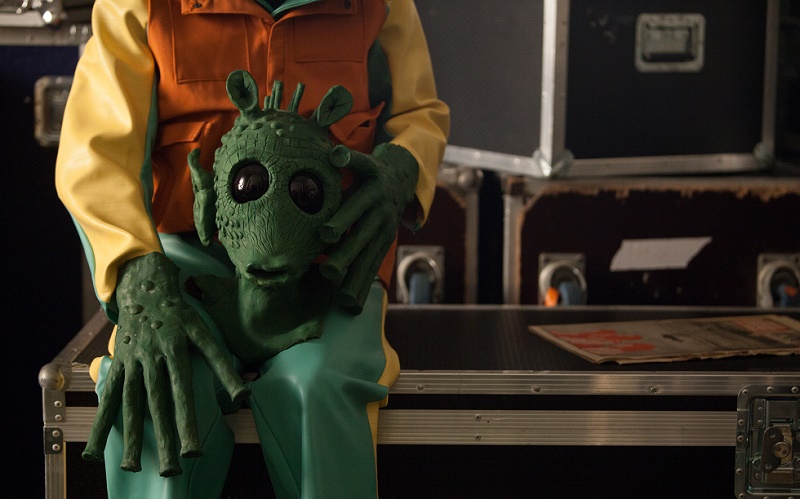 Film wisdom says that the only reason that Harrison Ford became a megastar was that Indiana Jones stopped him being just Han Solo forever, but Mark Hamill will always be in Luke Skywalker’s shadow. But what of those day players for whom standing near a landspeeder is their only brush with stardom?

Elstree 1976 is part behind-the-scenes history of the most important blockbuster ever, told by those sweating in the background. But it’s also a story of celebrity by association and how these kinda-cast members have both hung on to and been plagued by a few days of work at London's famous Elstree Studios one hot summer.

Jon Spira's Kickstarter-funded feature isn’t about the fickle nature of fame. It’s about how being even peripherally attached to something with the cosmic cultural impact of Star Wars creates a degree of fame. The talking-heads documentary follows the fates, 39 years later, of the bit players and background characters that just happened to be hanging around the Soho casting agencies on the day some crazy American filmmaker was looking for a bunch of people to put on a mask and stand in an alien pub. If this was Metalstorm: The Destruction of Jared-Syn we were talking about, then nobody would even buy these extras a pint for their anecdotes. But being the Rebel Trooper with his visor up during the medal ceremony means a certain strange celebrity status, and the ability to charge a few bucks on the convention circuit.

There are a couple of the more high-profile behind-the-mask players (David Prowse, still bitter about how he felt Lucasfilm severed him from Darth Vader, and Jeremy Bulloch, still baffled about being defined as Boba Fett). Yet it’s arguably at its most fascinating when the background players are brought into the foreground: like Paul Blake, famous for all time as the face (although not the voice) behind the Greedo mask. Or Pam Rose, a London casino worker and model who, for the most obsessive of Star Wars fans, will always be Leesub Sirln, a resident of that hive of scum and villainy that is Mos Eisley. That said, she seems far happier to reminisce, however coyly, about her dalliance with Christopher Reeve during Superman II.

Most strangely tragic of all may be Anthony Forrest, who suffers the double whammy of having his role as Luke's friend Fixer cut from the final release, and having a speaking part that nobody knows (the "move along" Sandtrooper).

Spira never tries to inflate the roles played, but quietly places a microscope over them. For example, he places the snippets of appearances on loop, creating a juddering gif. Sometimes the appearances are so minuscule that he has to magnify the image, turning the subject into a grainy fragment of a 35mm ghost.

That’s the closest he comes to any sense of discord, as minor character actors wonder why performers who were little more than set dressing get to charge for their autographs at conventions. Yet he’s never there to condemn, or take sides. After all, there’s something inherently ridiculous about the whole situation. But then there’s also something charming about these everyday people whose moment of fame can never be taken away – no matter how fleeting it seemed to be.

It will also screen in a double bill with Fanboys on July 28 and Aug. 4 at the Blue Starlite Mini Urban Drive-in at Austin Studios. More details at www.bluestarlitedrivein.com.

Also out now and coming soon: 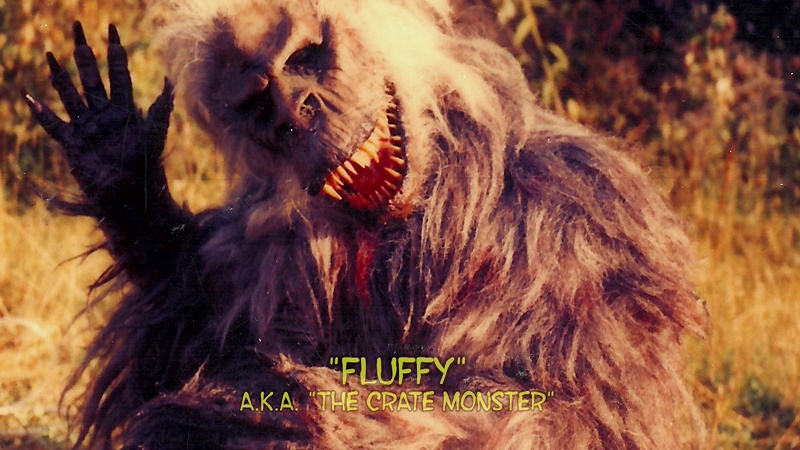 "Hi there! I'm Fluffy! Welcome to Creepshow!" Just Desserts goes behind the scenes of the classic horror anthology.

Ever watched a DVD extra and thought, “This is long enough to be released in its own right?" Just Desserts: The Making of Creepshow (Synapse Films, due July 12) is exactly that. It’s even been a DVD extra before, just not on American versions of the EC Comics-loving anthology. So Michael Felsher of behind-the-scenes and fannish retrospective experts Red Shirt Pictures launched an Indiegogo campaign to secure a long overdue U.S. release. The 90-minute documentary from 2007 was a 25th anniversary homage to the kooky and gruesome collaboration between three recognized masters of horror: director George Romero (interviewed here at length), effects maestro Tom Savini (another heavily featured talking head), and scripter/star Stephen King (who seemingly was busy the weekend Felsher was shooting). Anyone expecting a Hearts of Darkness-style expose will, unsurprisingly, be completely disappointed. It’s a celebration of the cult fave, with everyone explaining how everyone was wonderful and the whole experience was wonderful.

There are a few awkward moments, like Ed Harris' brief appearance being a big "I guess I was there" shrug, or Savini complaining that all the effort he put into making a translucent Creeper and seeing it covered with what he called “a carpet,” hiding all his delicate work. Yet that's countered by Adrienne Barbeau announcing the shrewish Wilma Northrup as her favorite character ever, and grips joshing with the legendary E.G. Marshall.

The documentary alone would be worth the investment, but this feature-length extra comes with a feature’s worth of extras. Horrorhound’s Sean Clark doing one of his field trips to the old shooting locations is always a giddy blast, but much more of a Holy Grail is a restored version of Scream Greats Volume One. This 1986 bio and retrospective on Savini’s work, told with his trademark intense humor and that signature moustache, has been available on grainy Youtube transfers for years. But being able to see it legally is a real treat, and it looks better than it did when Fangoria released it on VHS. 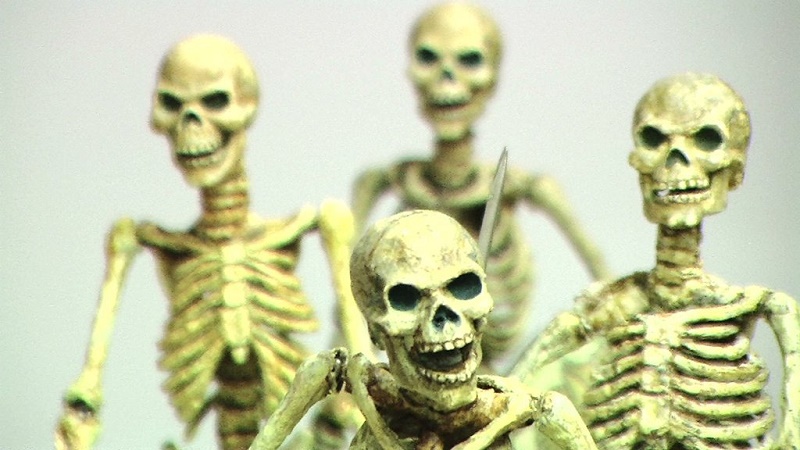 The bones of a legend: an effects master's legacy explored in Ray Harryhausen: Special Effects Titan

Another long-awaited U.S. release for a loving tribute to a genre legend is Ray Harryhausen: Special Effects Titan (Arrow Video). Originally released in the UK in 2011, it’s an unflinching hagiography of the stop-motion genius behind seminal fantasy films like Jason and the Argonauts, Clash of the Titans, and The Valley of Gwangi.

There’s no surprise that it’s so glowing, since it’s released via the Ray and Diana Harryhausen Foundation, whose purpose is to preserve his vast archive of props, maquettes, marionettes, and designs. But then, when the subject is one of the greatest and influential artist-technicians of cinema, up there with Georges Méliès and Harryhausen’s inspiration, Willis O’Brien, it’s hard to overstate his importance. Harryhausen was the king of stop-motion, and it wasn’t just his refinement of the process and techniques that made him so vital.

Filmed two years before Harryhausen’s death, the documentary is replete with archive interviews with Hollywood’s elite (Spielberg, Del Toro, Cameron, Gilliam, Jackson, etc., etc., etc.) explaining how much he shaped their sense of wonder. He staged the impossible, like the skeleton fight from Jason and the Argonauts, and in doing so defined what audiences expected from the strange and mythic. Ever wonder why you expect a dinosaur to swish its tail so much? Because that’s what Harryhausen did, and it’s what every FX team since has copied.

Even in his somewhat crabby retirement, there’s something endearing about Harryhausen himself. But what’s fascinating about him is that, in an age where every effects shot takes an endless team of programmers and designers, he did everything by himself. Well, him, his father (who manufactured most of the articulated skeletons that lay under the latex and rubber), and the camera operator who clicked the shutter every time the maestro moved a monster, inch by incremental inch.