Whether you’re celebrating over this very long weekend, or looking to set the tone for your summer, we’ve assembled some inspiring and/or necessary shows to watch until it cools off enough to get out there and party. 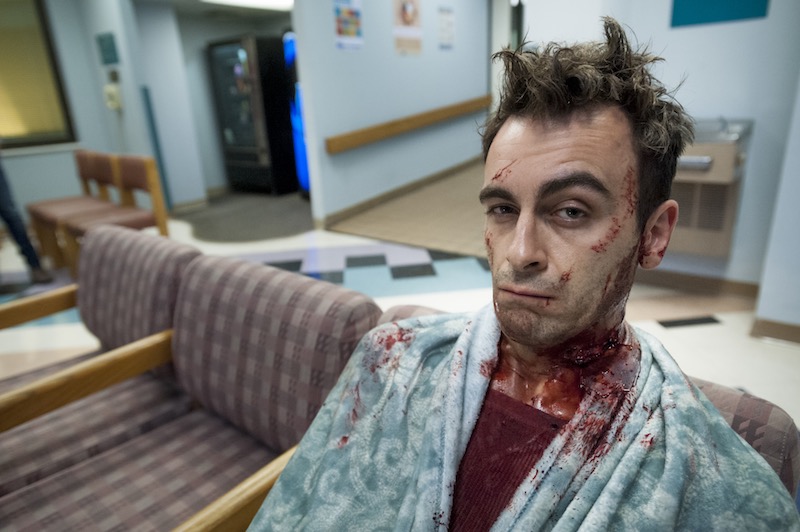 Don't end up looking like this on Tuesday morning: Joseph Gilgun as Cassidy on AMC's Preacher (Courtesy of AMC)

It’s a truth universally acknowledged that America is the Texas of the world. But by that measure, I’ve always thought that means Texas is the America of America. So if you’d like to celebrate (or perhaps remember) the good parts of the myth of America – and none of the creepier notes from Irish writer Garth Ennis’ original comic, which hasn’t aged too well – AMC is making it easy to binge the first half of Preacher’s inaugural season.

One of the best shows on TV this year, and certainly one of the most beautiful, the thriller elements and creepy folks of Annville never get in over their heads, returning always to the fairly simple values that make the show such a stunning surprise: faith, love, morality and a searing exploration of masculinities as insightful as anything since the bright harshness of UnREAL, now into the full swing of its second season on Lifetime, and something that you'll continue to see inform trends in both showrunning and cable programming for years to come.

One of the greatest parts of the modern landscape is when a network pivots correctly, as with UnREAL, or USA’s Playing House – or Mr. Robot, whose second season begins this month. Mr. Robot is much, much more than the sum of its twists and winking references – even more than the Gen-X bitching that typifies a lot of creator Sam Esmail’s work – so if you fear you’ve been “spoiled,” don’t be. You could get a two-hour primer on the show from a superfan and still never get close to the beauty and intricacy of the experience itself.

If you want scary and brilliant, Robert Kirkman’s Outcast is nearing its midseason mark on Cinemax. An exquisitely filmed and wildly odd investigation of family legacies of mental illness, through the honestly terrifying and visceral experiences of a young man (Patrick Fugit) who seems fated to work as a civilian exorcist in his small, nasty little town.

And speaking of Fugit, the breakout lead in Cameron Crowe’s Almost Famous: Let me tell you, Crowe’s new Showtime half-hour Roadies is an unlikely triumph. Cynical and wide-eyed, timely and nostalgic, acerbic and sweet, it’s Crowe’s best work in years, and shows the same passion for spectacle and connection as any of his best films.

While the cast headliners – Luke Wilson, Carla Gugino and Imogen Poots – are reliable talents, Rafe Spall (whom you might remember as the guy from Black Mirror: White Christmas who was not Jon Hamm) is dazzling as a number-crunching, “brand”-spouting Brit consultant: every bit as awkward and lovable as a B-string player on The Office, just savvy enough that he manages to approach and cross the generational lines with which a Crowe show about musicians is clearly going to concern itself.