It’s always refreshing to know that, once in a while, a film arrives that makes you genuinely wonder what the hell you just saw. Hong Kong oddity The Midnight After is a cannonball into a swimming pool of cinematic non sequiturs, and it is all the better for it. 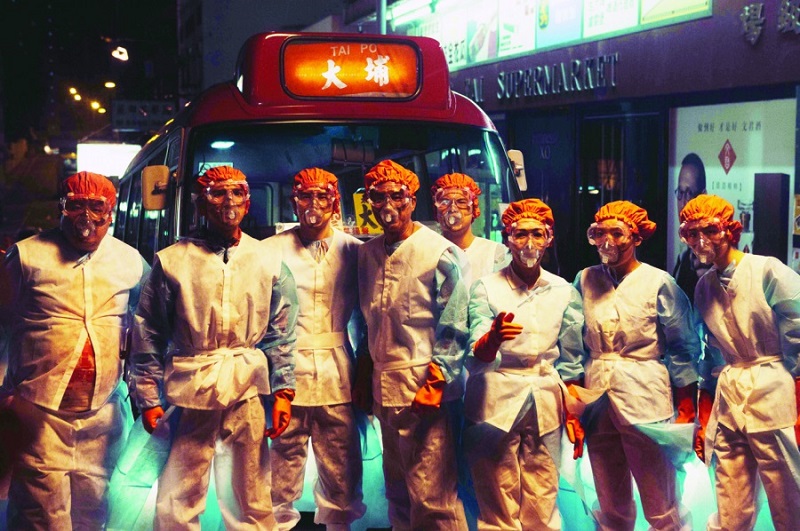 Fruit Chan's The Midnight After is a baffling but transfixing tour of Hong Kong. (Image courtesy of Well Go USA)

Based on the novel Lost on a Red Mini Bus to Taipo by Mr. Pizza (that may be a nom de plume, just sayin’), The Midnight After begins prosaically enough. A minibus full of strangers all blink at the same moment while passing through a tunnel, and suddenly the streets are completely empty. So far, so Langoliers, but rather than artificially keeping the 17 survivors in artificial proximity, the driver keeps dropping them off at their appointed destinations until it becomes clear that something is awry.

And that’s when the sanity wheels come off and the film suddenly takes flight.

Director Fruit Chan is probably best known for his disturbing “Dumplings” segment of horror anthology Three … Extremes, so American audiences may be surprised that he eschews gore in favor of erratic volatility. The marker here may well be Sion Sono, or maybe Takashi Miike in full-on The Happiness of the Katakuris mode.

That may seem an odd comparison, especially considering that Chinese cinema at the moment feels like an extension of Chinese foreign policy, never losing an opportunity to take potshots across the Korea Strait.

It's not about what's happening, because that never seems 100% clear. Characters appear and disappear, collapse into mud or burst into flames, become their own doppelgangers, seemingly with no logic. Subplots dead-end or are derailed, and what does David Bowie have to do with any of this?

Who knows? What's important is how the survivors respond to an illogical world, and a Hong Kong that is utterly different to the one they know. And that's what this is really about. Fruit, like his characters, is living through the ongoing changes after the handover of the region to China. This is a guarded political metaphor, couched in the deceptive language of a postapocalyptic comedy. Chan has his slice of HK life – from debt-riddled bus driver to wannabe gangsters to small business owners to street-corner fortune teller – trying to see into an opaque future, and struggle to build their own brave new society on the way there.

The Midnight After (Well Go USA) is available on DVD and Blu-ray. Also out now: 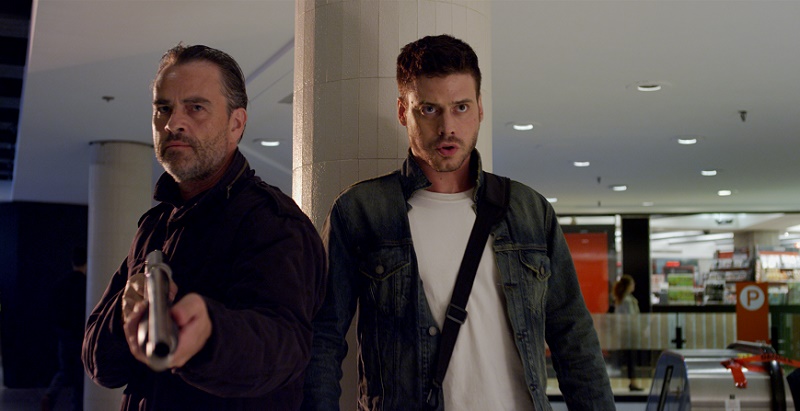 Fantastic Fest 2016 title Rabid Dogs (IFC Midnight/Shout! Factory) opens like so many heist-gone-wrong dramas do, with a getaway driver waiting for his comrades-in-crime to emerge. Wearing what look like combat-modified variants of Iowa-era Slipknot masks, they burst out of a bank in France, all barrels blazing. Sadly for everyone, their gunplay is more accurate than the road skills of their getaway driver (Guillaume Gouix, The Connection, the original French The Returned), and they find themselves in a hijacked car with three hostages – a woman, a child, and her father.

It’s essentially a remake of horror auteur Mario Bava's long-lost first foray into crime drama. That had a storied history, first escaping as his own rough cut on home release in 1999, then arriving theatrically three years later, re-edited by his son Lamberto, as Kidnapped. The original scarcely left the fetid summer streets of Rome and the inside of the stolen car. This version goes much further afield (not surprising, considering how often the crooks wreck, dump, and swap vehicles). Yet for those changes, Éric Hannezo’s remake combines claustrophobia and a cool visual style.

For that he owes the greatest debt to cinematographer Kamal Derkaoui (The Tall Man). It’s fortunate that they didn’t religiously stick to the conceit of never leaving the vehicle (since microbudget kidnap flick Vanish did that so recently and so well). And while he still touches on Bava’s fearsome nihilism (while pulling back on his misogyny), there’s no real shock of the new.

If there's a real error, it's in updates that seem too contemporary. Touches of strangeness, like a diversion through a provincial festival, and a choral version of Radiohead’s “Creep,” rather undercut the simple elegance of his procedural. If he’d wanted to make a change, it should probably have been from the original’s ending, which can be seen as overly convenient or just plain clumsy.