Unlocking the Secrets of Prisoner X

"We have nothing to fear but fear itself," as FDR said. When writer/director Gaurav Seth adapted post-9/11 sci-fi story “Truth” into his sci-fi thriller Prisoner X, he said, his purpose was “to understand this psychology of paranoia, and how dangerous it is, and how easy it is to exploit.” 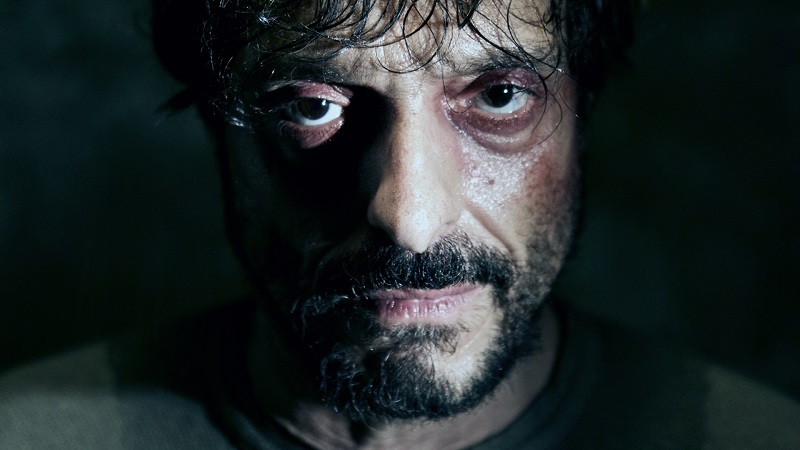 "He is the most dangerous person in the world, but he’s also the most valuable." Writer/director Gaurav Seth on Romano Orzari as time travelling terrorist Ramiro in Prisoner X, receiving its Austin debut this week.

But Ramiro isn't the run of the mill terrorist. He's a time traveler, with advance knowledge of every major terrorist strike and international conflict that faces the world. His information makes him the intelligence community’s worst conundrum. Seth said, “You are afraid of the person that you value the most. Even though he is the prisoner, he is running the show.”

Seth’s approach to the adaptation was to keep it as grounded as possible, “So even if you remove the science fiction elements from the story, it would still work as a psychological drama between the interrogator and the prisoner.” That includes humanizing Ramiro by avoiding portraying him as a cardboard stereotype of a Muslim terrorist. “We don’t agree with what he’s doing,” Seth said, “but we understand. At the same time dealing with the character of Carmen, the protagonist, who is dealing with her own demons, and her own paranoia about this post-9/11 world, which is fertile grounds for someone like Ramiro to exploit.”

Austin Chronicle: What was it in particular about “Truth” that really stood out to you?

Gaurav Seth: I really like that it was grounded in the real world. It’s about 9/11 and the war on terror and Iraq. It explored a dark place that we all got in post-9/11, and especially in the U.S., when paranoia was at its height. There were all these stories about small towns and every city thinking they’ll be hit by Al-Qaeda next, even though a sane person would ask, 'Why would they strike a small town where there’s hardly anyone?'

AC: Recently at the ATX Television Festival, there was a whole panel on post-9/11 drama, and how hard it was to process what had happened into narrative. When you started the adaptation, what was the process of what you really wanted to touch on, knowing that it’s such an emotionally complicated and loaded issue?

GS: When you tell someone it’s about a time-travelling Muslim terrorist, I wanted to make sure that it didn’t turn into a Hollywood product of ‘another bad Muslim guy,’ and stereotyping that he has to look or act in a certain way. That’s why, in my movie, he doesn’t have an accent, and we don’t outwardly portray what his religious thoughts are. He’s not sitting with beads and quoting the Koran. In fact, there is just one shot of him praying, because I thought it would be interesting to connect him with the most basic element that a person identifies with in a religious tradition. That is the only thing I decided to leave in. 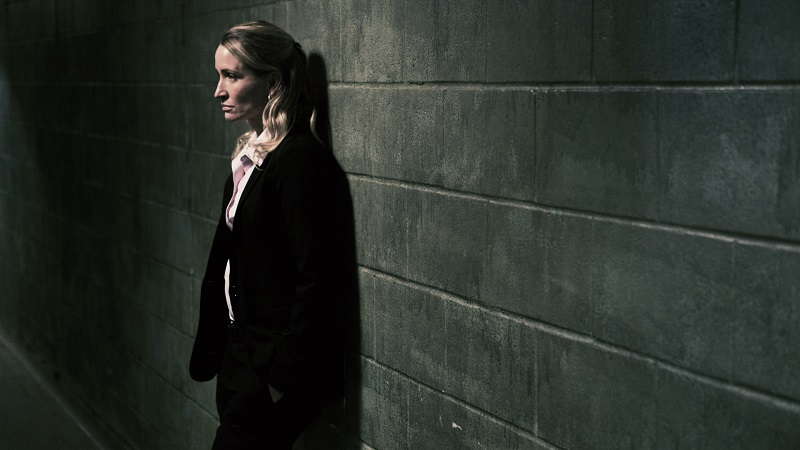 "Carmen" is dealing with her own demons, and her own paranoia about this post-9/11 world, which is fertile grounds for someone like Ramiro to exploit." Writer/director Gaurav Seth on CIA interrogator Carmen Reese (Michelle Nolden) in Prisoner X.

AC: And what works there is the act of prayer has a universality across pretty much all religions.

GS: And the point that it occurs is that something has happened, and things are going out of his control, and that’s when we show him praying. More than anything, that was something that I thought would help humanize him a little more again. I wanted to make sure that this guy is not just a cut-out character. I wanted to make him a real person, and to some extent even sympathetic, because of how misguided his actions are. He is a human being, and he is a product of the circumstances that made him such.

AC: The nature of terrorism is that it’s not, in the terminology of the intelligence community, an existential threat. It’s the rock in the pool, and the larger ripples that are created by a smaller action.

GS: It’s not just the fact that we didn’t have a lot of money that we didn’t make the film big. Even if I had a $10 million budget, it would still be a one location movie. I wouldn’t show other things, because the whole idea is that I realized the location itself has to be a character in the movie. Which is a metaphor for the paranoia – the bunker mentality. That’s what paranoia is. Our mind is totally closed, our consciousness sees nothing except your imagination of the fears and dangers that you perceive in the outer world. It’s a very focused, one dimensional vision, and what I was trying very hard with my DP and my production designer was this claustrophobia.

Other Worlds Austin presents the Austin premiere of Prisoner X, 9pm, June 23, Flix Brewhouse, 2200 I-35, Round Rock. Tickets at www.otherworldsaustin.com.

The Other Worlds Austin festival will run Dec. 1-4. Visit www.otherworldsaustin.com for more info.