Looking back on the legacy of the Bartlet administration

If White House communications director Toby Ziegler was an instrument, what instrument would he be? Richard Schiff paused for a moment at The West Wing reunion at the ATX Television Festival. “An oboe.” Only when the rest of the orchestra goes quiet can you hear its importance. 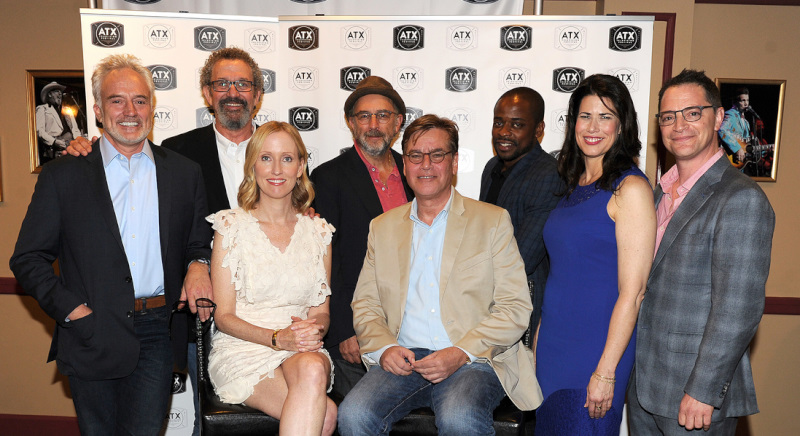 Schiff’s performance as the hangdog idealist Ziegler was a core component of the ensemble masterpiece that was The West Wing. His most memorable moments were usually his monologues, those times when he would be given the platform to explain a nuanced political point, and the morality behind it. They stood out, because this was a show of debates and dialogues, staff meetings and impromptu strategy sessions.

As probed during the reunion at the ATX TV Fest, The West Wing wasn’t just a TV show. It was the Ring Cycle of American political dramas, a seven-year epic that pulled the curtain on the personal and political lives of the senior staff of the fictional Bartlet administration. It was an opera that even survived the departure after four seasons of its composer and conductor, writer/creator/executive producer Aaron Sorkin, who handed the baton over to the duo of Thomas Schlamme and Lawrence O’Donnell (pulling double duty at ATX as the show's producer and panel moderator).

It may have been a decade since the Bartlet team left the White House and TV screens, but the badinage and banter (oddly reminiscent of a Sorkin script) flowed: especially between Schiff and Whitford, whose back and forth echoed the Lyman/Ziegler exchanges even as they swapped stealing handfuls from a shared bucket of the Paramount’s popcorn.

It's easy to forget how revolutionary the show was, or that it almost never happened. Sorkin started writing the script in 1998 and, he said, “I typed ‘fade out’ on the pilot, and a few minutes later, Monica Lewinsky happened. We all said, ‘OK, we simply can’t do this right now, we’ve got to wait a little bit.’”

During the delay, management changed at NBC, which was an important development since the old bosses never really quite understood what the show was about: people talking about policy. Sorkin said, “They wanted Josh to literally go out in a boat and help those Cuban refugees.”

“Like Rahm Emanuel in a Speedo,” chimed in Whitford.

However, even with the new management, the pilot didn’t test well. So Warner Bros., who were producing the show for NBC, changed the tempo. Sorkin said, “They decided to invent four new demographics that had never been used in television before. Households earning more than $75,000 a year; households with at least one college graduate; households where they subscribed to The New York Times; and finally, and this was 1999, and this was the most important one, households with Internet access.” Back then, home Internet was rare, but it allowed NBC to sell some very targeted advertising. “If you would go back and look at those episodes with the ads still in them, you’d see that well over half of our ad buys were dot coms.”

Those numbers got the show on the air, but its durability was down to its ensemble cast. So, O'Donnell asked, If Ziegler was the oboe, how did Malina see himself? “Clearly the triangle. Overlooked, little used, but an important part, nonetheless.”

“That was that annoying sound I kept hearing,” chimed in Whitford.

Beyond the humor, The West Wing pulled off something nearly impossible. It got a weekly audience of 19 million people used to CNN sound bites watching a show about C-SPAN-level political discourse. The underlying dramatic irony of this all was that, as Sorkin admitted, he was not really a politics wonk, but came from a musical theatre background (and he has the degree from Syracuse to prove it).

Similarly, Hill got his big break off-Broadway as part of the cast of the critically acclaimed Bring in 'da Noise, Bring in 'da Funk. Yet that meant he found it easy to translate from Terpsichore to Sorkin’s trademark rat-a-tat-tat dialogue. Hill said, “For me, coming as a dancer to the whole television world, connecting to Aaron’s work, I heard the rhythm. I realized that this is a dance. This is music. This is one big symphony, and all you have to do is come in and play your song.”

Sometimes that music would become surprisingly literal. Schiff recalled the second-season episode “Noël,” in which cellist Yo-Yo Ma appeared. He said, “On a break, Yo-Yo Ma’s sitting there, playing around with his cello, and Dulé walked up to him and said, 'Can you play that thing you were playing earlier?' And Yo-Yo Ma, one of the most outgoing, generous people you’ll ever meet, goes ‘sure,’ and Dulé starts trying to tap along to this classical piece that doesn’t have a ba-ba-ba-ba-ba-ba-ba. But he’s trying to find it, and Yo-Yo Ma goes, ‘This is cool.’ Before you know it, Dulé is shuffling along to Yo-Yo Ma, and it’s one of the most beautiful moments I’ve ever seen in anything.”

Oops! An earlier version of this story incorrectly listed Melissa Fitzgerald as scriptwriter. 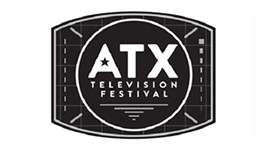