In an effort to ditch its family-friendly image, Disney-owned ABC Family renamed and rebranded as Freeform – a change announced late last year. At this year’s ATX TV Fest, Freeform screened a couple of its new pilots, including Dead of Summer – an homage to Eighties horror films. 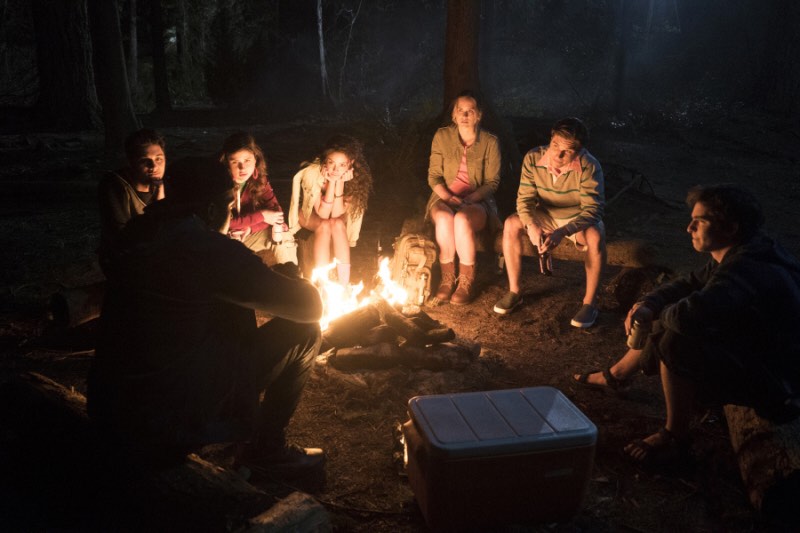 Dead of Summer takes place at an ill-fated summer camp, Camp Stillwater. Adam Horowitz and Edward Kitsis, co-creators/writers/executive producers on Once Upon a Time and Lost, and Ian Goldberg, who also worked on Once, created the series, which will premiere on June 28. At the fest, they showed the pilot and held a Q&A with two of the stars: Elizabeth Lail (Once), who plays Amy, a camp counselor and the show’s lead, and Mark Indelicato (Ugly Betty), who plays Blair, also a counselor.

The pilot opens with a short flashback of Stillwater Lake’s checkered past, and then quickly moves into the show’s time: summer in the Eighties, a couple days before the camp opens for the season. The attractive counselors all arrive, the local (hot) cop is introduced, and a sketchy groundskeeper creeps everyone out. The show wastes no time getting to the action, and it has plenty of lines and jump scares that feel fairly self-aware. (Think a horror scene in which someone brushes off the obviously dangerous as “probably just the wind.”)

There’s little doubt the show targets genre fans who still treasure their VHS copies of the original camp slashers. During the Q&A, the creators joked that the series is “their midlife crisis.” The trick will be walking that fine line between homage and cribbing. Horowitz and Kitsis both expressed hopes to elevate their show beyond the standard Eighties slasher by fleshing out the characters. (Kitsis even described the show as being fundamentally about identity.) To build character investment, they’ll use flashbacks, and then they’ll start killing people off. “We’re going to scare you, and then make you cry,” said Kitsis.

The show was a lot of fun. It promised a nostalgic camp thriller, and it delivered. And this first episode’s flashback, which focuses on the lead’s backstory, has plenty of John-Hughes-style high school archetypes that could appeal to a wide range of viewers. “We’ve always worn our references on our sleeve,” said Kitsis. “And with this show, it’s pretty obvious where they’re coming from.” The Shining, Halloween, Say Anything, River’s Edge, Heathers, and Pretty in Pink – all influences they discussed in the Q&A, and, in a way, they’re all in the pilot. Hopefully, all of that leaves room for the show’s own voice, too.

Dead of Summer premieres Tuesday, June 28, 8pm, on Freeform. Watch the trailer below.