ATX Television Festival: Shifting Landscapes: The Effect of 9/11 on Storytelling 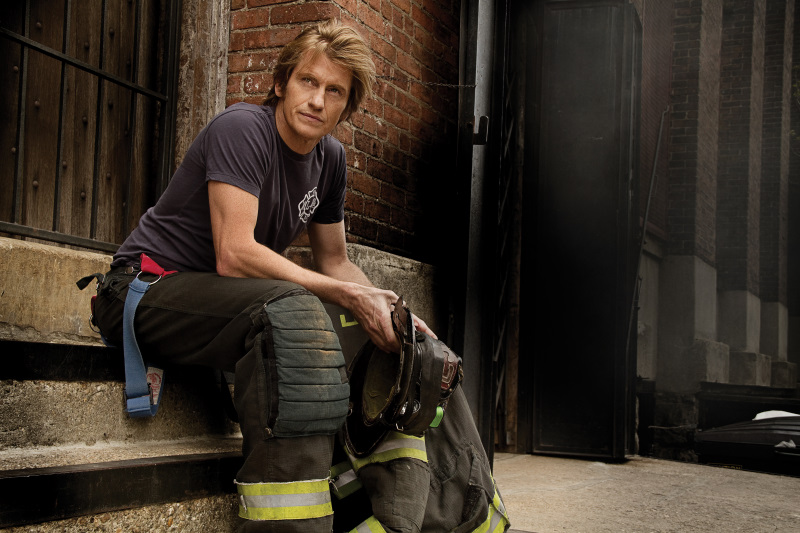 "We saw it with our naked eye." Denis Leary on being in New York for 9/11, and how that affected the creation of Rescue Me.

Peter Tolan was shooting an episode of The Job in New Jersey when a crew member told everyone: “I think someone flew a plane into the World Trade Center.”

It was a surreal enough moment, as the TV veteran told the audience Friday at the ATX Television Festival panel Shifting Landscapes: The Effect of 9/11 on Storytelling. The Jersey shoreline was filling in for Miami, but even 70 miles away they could see the smoke billowing up from the scar in the world’s psyche that would become known as Ground Zero.

Tolan recalled seeing a man – he wasn’t quite sure where he came from – walking toward the surf, repeating to himself that it was all going to be OK, but it was clear that something monumental was happening. He started discussing with the rest of the crew whether they should stop shooting that day. “At that moment,” he said, “pieces of paper starting falling between us like snow.” It was debris from the Twin Towers.

Due to the shooting schedule, his series co-creator and star Denis Leary was off that morning, and was off-set, unloading his kit for some ice skating at Manhattan’s Chelsea Piers, just up the Hudson River from the World Trade Center. Leary said, “Cell phones stopped working that morning, so we saw it with our naked eye,” and part of what he saw was both sides of the Hudson River Greenway filled with EMS units and fire rigs.

Having known firefighters as friends and family for years, Leary knew the scale of the response meant something terrible was happening. He said, “They started to park up ambulances by Chelsea because they knew they were going to need them. … I knew from the circumstances that some firefighters were not going to get through that day.”

Leary continued, “It was so weird, because in the end it was impossible until the next day to find out how many people died, how many firefighters died.” That included two NYFD guys he knew personally, and Ace Bailey, an old friend and hockey player for the L.A. Kings, who was on the second plane.

Actress Melissa Fitzgerald (The West Wing) was a continent away in Los Angeles that morning. Not normally an early riser, she said, “I just went to the living room and turned on the television, which I don’t normally do.” She saw the footage of the first plane crash, went to wake her then-husband, then came back in to see the next plane impact, and went back to the bedroom. She told him, “You have to get up. ‘Why?’ The World Trade Center is gone.”

There was an immediate change in the TV industry, including extra security at the studios because everyone thought the unseen "they" would be coming after the great Babylon that is Hollywood. Leary laughed. “That just shows how much they’ve got their heads up their asses. ‘They got the World Trade Center, Mickey Mouse is next.'”

By contrast, when Ryan Condal heard a plane had hit the WTC, he first thought it was just a light aircraft. But as soon as he heard the scale of the attack, he said, “It just changed the way that you looked at everything. Not to be crass about it, but if you’d told that story before, it would have been like a giant Jerry Bruckheimer movie. It just changed the way I thought about family and the reality of it.”

That was the grist of the panel: How TV writers, including some who were in New York on the day, filtered this impossibly huge event into their work. Years later, Condal would create the post-9/11 political metaphor of Colony. Howard Gordon didn't have the luxury of time to absorb the events. Instead, he was shooting episode three of 24. Initially, he feared that the show would be canceled because “a show that was about terrorism was not something that people would want to see.” Instead, he said, terrorism “became the prism through which everyone was watching the show.”

By contrast, Leary and Tolan saw The Job canceled (“Not because of 9/11,” Leary said, “Just because ABC didn’t get it. They had According to Jim, and they wanted a family show, and we said, 'We’re not a family show.'”) However, the day made him turn back to a film script he had been working on since the death of his cousin: Jerry Lucey, a Worcester, Mass., firefighter who died fighting a blaze in 1999. It was his old friend Terry Quinn, a firefighter on one of those rigs screaming down the west side of Manhattan, who encouraged Leary to move forward and explore the black humor that firefighters use as a survival mechanism: “Laughing your ass off one minute, scared shitless the next.”

For more on the Leary Firefighters Foundation, Denis Leary's nonprofit for firefighters in Worcester, Mass., and New York, visit www.learyfirefighters.org.

Melissa Fitzgerald is now senior director of Justice for Vets. Find out more about this nonprofit, providing rehabilitation and support for military veterans, at www.justiceforvets.org.