ATX Television Fest: Fandom Rising: The Impact of Fan Culture in the Age of Social Media

How much should creators listen to their fans?

Everyone’s got a Shatner story. At least, almost everyone on Thursday’s Fandom Rising panel at ATX TV Fest had a Shatner story. Turns out, William Shatner, of Star Trek fame, is also a serious television fan and quite outspoken on social media. 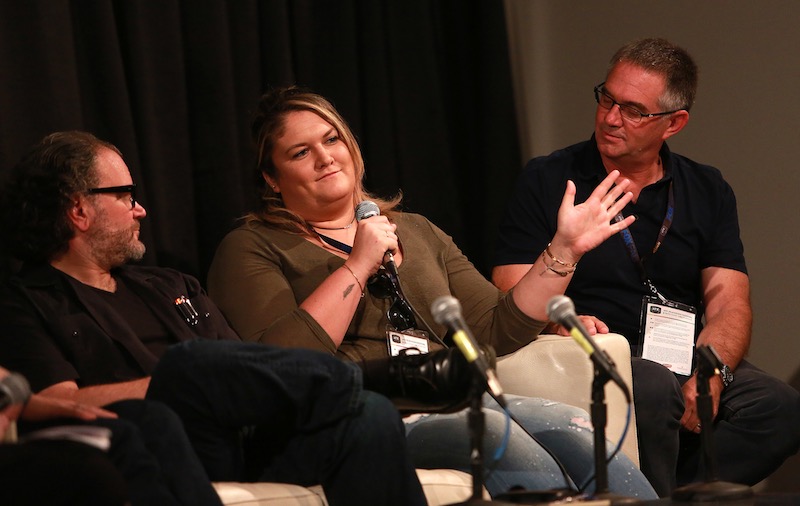 Younger’s Dan Amboyer, who was one of five panelists, described him as a “mean guy,” after sharing a story about receiving a series of aggressive tweets from an unnamed actor. However, screenwriter and producer Javier Grillo-Marxuach, currently of The 100, interrupted Amboyer to ask/announce: “It was Shatner, wasn’t it?!”

As the Younger actor confirmed, the audience and panel members erupted in laughter. That’s when Bones creator Hart Hanson confirmed: “We all have Shatner stories.”

But the hourlong panel wasn’t just spent gossiping about Captain Kirk (though Hanson also disclosed that Maroon 5’s Adam Levine was once his assistant). Moderated by UT instructor Laura Felschow, the panel discussed different aspects of social media fandom. The overall opinion of the interwebs’ current role in television was positive, but not without faults.

“Our job is not to be to be swayed by social media,” said Hanson, addressing the question of just how much impact online fans have on shows. “The thing is, our Twitter fans don’t actually represent the average viewer. Fan stands for fanatic – they’re more passionate. We try hard to elicit reactions from the audience. We can’t rethink those decisions when we get the response.”

The Originals writer Carina MacKenzie – who’s not only a fan of social media but also credits it for getting her the Originals job – agreed with Hanson. Her show killed off two major characters this past season and she’s been receiving the Twitter backlash ever since. “We didn’t kill beloved characters to make you feel happy,” she pointed out. “I read everything – every tweet – but I don’t take that into the writer’s room with me. The show would suck if we listened to every fan request.”