Creators and cast of the Hulu comedy talk season 2 Actor Michaela Watkins got the laugh of the morning with her first response to Casual’s pilot on Friday, during the ATX TV Fest panel with her co-stars Tara Lynne Barr and Tommy Dewey, creator Zander Lehmann, and executive producers Helen Estabrook, Liz Tigelaar, and Jason Reitman. But the response, especially from Lehmann, reframed the question in a fascinating way.

“Your sibling is your first love,” Lehmann explained. “You’re supposed to break apart and find those feelings elsewhere.” But in the Hulu comedy, circumstances have brought adult siblings Valerie and Alex (Watkins and Dewey) back together, raising Valerie’s teen daughter Laura (Barr) together and trying desperately to find, by turns, comfort in and escape from their relationship.

“I think any codependence is uncomfortable to watch,” Watkins responded to moderator Danielle Nussbaum’s questions about the unique combination of awkward and relatable, banal and shocking, touching and repulsive that create Casual’s unique appeal. Her newly divorced, complicated psychotherapist Valerie “doesn’t know her value without being needed,” Watkins continued, after a screening of the second season’s opener, in which Valerie is determined to undermine her brother’s latest grasp at mental health at any cost.

After the season-ending conflagration of Valerie’s sexual encounter with Alex’s love Emmy (Eliza Coupe, in the most intense and magnificent form of her go-to character, “charismatic, sex-positive loner”), the question in most viewers’ minds was where the family unit could possibly go. (Watkins described wandering her neighborhood “in my pajamas” after reading the final scenes at home.) But Lehmann explains that by fast-forwarding to Alex’s “self-improvement” phase of post-relationship stress, the ensemble could start the second season as something of a team. 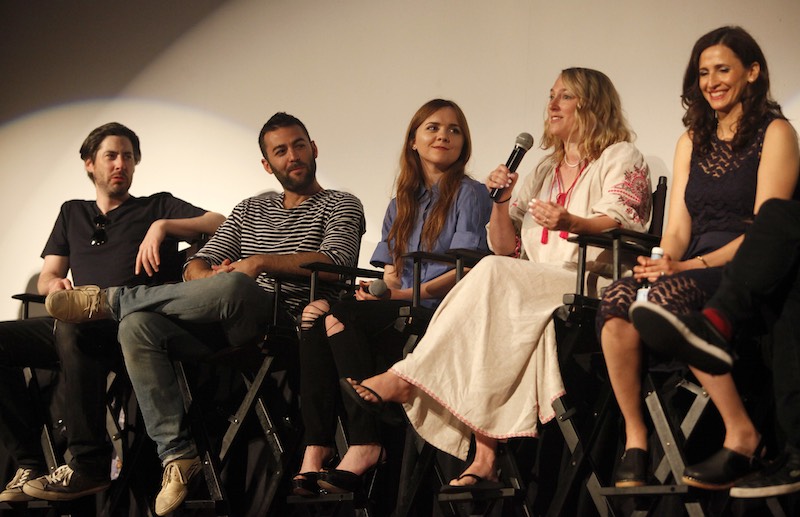 “Wallowing is not what the show’s about,” Lehmann said, giving us a sneak peek of what’s to come. Season 2’s current “Band-Aid” on the “bullet hole” of Valerie’s betrayal is “false healing” and won’t last past midseason before blowing up again. It’s a fascinating twist on the pushmi-pullyu relationship already explored in so many directions in season 1.

“A woman in her forties getting to use every gear in the sports car,” Watkins described her character, as lovingly as the perfectly calibrated performance would suggest. “That’s a lovely surprise.” A surprise, she underlined, women don't usually get – and an exciting and scary intimation of what’s to come this season.