Making a Living in Virtual Reality

Local developers brave the uncharted world of the VR marketplace

The evolution of virtual reality has been one of the hottest stories in the tech world in recent years, with Austin emerging as an epicenter of software development for the medium’s various platforms. But unless you work in the industry or have friends in nerdy places, you can be forgiven for being unaware of this burgeoning technological paradigm shift.

Until recently, VR headsets had only existed as limited-issue development kits, and even though the devices are now available to the public, they’re not incredibly common. The launches of the major high-end virtual reality platforms this spring came after years of hype, developer experimentation, and ubiquitous proclamations of VR’s status as "totally the future." As it turns out, the future is quite pricey. The Oculus Rift – the poster child of the virtual reality craze and the benefactor of a $2.4 million Kickstarter campaign and $2 billion acquisition by Facebook – launched with a hefty $599 price tag. Its main competitor, the Vive (see video below), a collaboration between Taiwanese computer manufacturer HTC and video game developer and distributor Valve, came out at $799 (in a package that includes motion controllers and room-scale functionality which the Oculus will offer separately). And these prices don’t even factor in the cost of the top-of-the-line computer required to run most VR software.

Even if you have the cash and a beast of a desktop PC, chances are you still won’t be able to get your hands on and head inside VR anytime soon. Component shortages for both of the platforms have limited the number of headsets HTC and Oculus have shipped to consumers. This means that most of the owners of these hot commodities are software developers and tech enthusiasts who pre-ordered one of the systems the second it became available. Not to mention the real OGs who backed Oculus’ Kickstarter back when “Gangnam Style” and Mitt Romney’s presidential prospects were both viable. If you’re itching to jump on the bandwagon, according to Oculus’ website, any Rift headset ordered at the time of this writing would not arrive until August at the earliest. Even some Kickstarter backers are still waiting for their Oculus to be shipped.

Regardless of whether virtual reality is truly the inevitable and all-encompassing future or not, development studios in Austin have jumped aboard the VR train with the hope of being present at the very beginning of the Next Big Thing. However, they’ll have to survive in the VR market as it is now: very limited.

For local developer Owlchemy Studios, the best way to prosper in an environment with a small consumer base (i.e., those lucky few with headsets) was to not rely on software sales at all. The studio secured a deal to have their sci-fi/slapstick/faux-instructional VR game, Job Simulator, included as a pack-in game with the HTC Vive during its first months on the market. According to CEO Alex Schwartz, the deal (Valve bought an undisclosed number of copies of the game up front in bulk) has been a financial boon to the studio.

“Our best year is the one that everyone told us, ‘Watch out, there won’t be many headsets and you might have your worst year ever,’" Schwartz said. “We prepared for the worst.”

Owlchemy plans to eventually have the game available for purchase once the pack-in copies are depleted and additional versions of the game are released for the Oculus Rift and Playstation VR (a Sony-developed headset scheduled for release this October). They already had a price point of $39.99 decided upon and listed online. This turned out to be a consistent sticking point with the press in reviews of the game, which contended that there was not enough content present to justify the price (a common video game complaint stretching back to the days of cartridges and joysticks).

Owlchemy’s responded to this criticism quickly and decisively: They slashed the price of the game to $29.99. Such a quick swerve in market strategy might seem drastic, but Schwarz feels that maintaining positive buzz around their product is what’s most important for his studio.

“What’s the difference right now between 30 and 40 for us when almost nobody is going out and buying?” Schwartz said. “Almost nothing. We'd rather have people reviewing it saying every aspect of this game is an A-plus.”

Owlchemy is also trying to maintain positive interest in Job Simulator by empowering the Internet community at large. The game includes features aimed at users of streaming services like YouTube and Twitch. An in-game camera can be positioned by the player to determine his or her audience’s point of view and the audience’s chat on Twitch can be incorporated into the game itself.


Phaser Lock Interactive has found itself in a similar situation to its Austin neighbors at Owlchemy in its efforts to carve out a successful niche in the fledgling virtual reality market. Its game Final Approach lets players direct the flight paths of numerous aircraft in 3-D space. Phaser Lock set the price at launch, like Job Simulator, at $39.99. This came in higher than the majority of early VR games, but Phaser Lock Chief Creative Officer Michael Daubert believed the price was justified by Final Approach being more substantive and of a higher budget than most VR products. Reddit strongly disagreed.

“Monday night [the night before the launch] is when Reddit took us and they ran with us,” Daubert said. “There were lynch mobs out there, and there were pitchforks because of the price.” 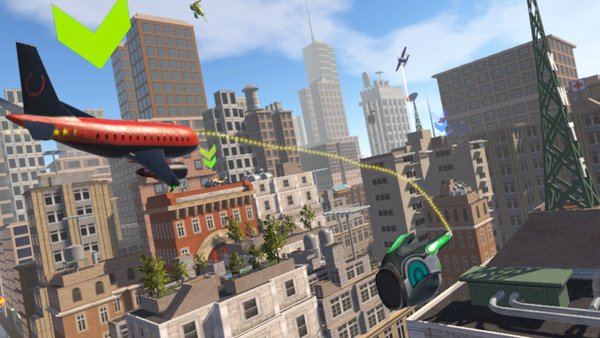 Less than a week later, Phaser Lock followed Owlchemy’s lead in reducing the price of Final Approach to $24.99. The studio made this decision despite the short-term negative financial impact it would have, hoping to benefit in the long run from increased sales and exposure.

Not all VR developers agree with this ethos of adapting to the whims of web-based communities to survive. Austin-based Ghost Machine VR is going in the opposite direction, selling their software at higher price points than they would for non-VR projects in order to compensate for higher development costs and a lower volume of sales.

Ghost Machine CEO Neal Nellans is skeptical of other developers’ emphasis on social features. Since recorded and streaming game footage is two-dimensional, he believes it isn’t able to capture the experience of being inside a virtual world. 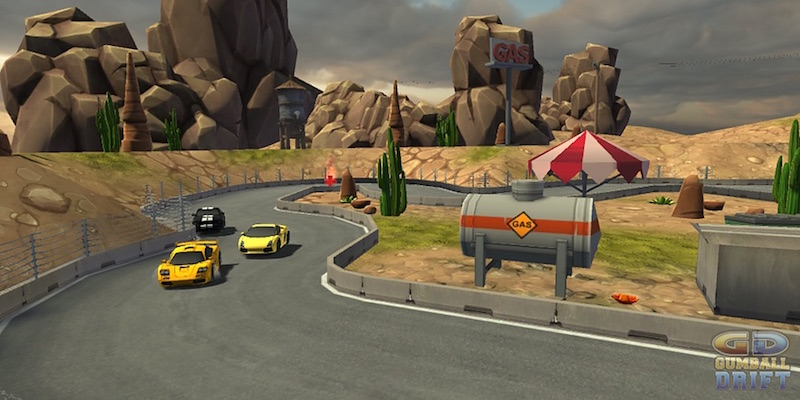 “At this point, it seems to make more sense for us to work on a lot of different kinds of prototypes, different types of genres, and different sorts of control systems,” Nellans said. “We’re sort of releasing those into the limited market now and trying to just see what things people are responding to.”

Despite their differing approaches to the virtual reality market, Ghost Machine and Phaser Lock are both supplementing their revenue from game sales with contract work. They’ve both been approached by companies and organizations wanting to use their expertise to create VR “branded experiences,” software to be displayed at special events or as proof-of-concept material for internal use within corporations.

“Right now, they want to be the first ones out there with a VR experience,” Daubert said. “Because they know how viral it's going to go, they know how big VR is going to be.”

For Ghost Machine, this private commercial work is integral to its survival as a company. “If we were completely dependent upon retail sales of VR stuff we wouldn’t be able to make any more games,” Nellans said.

Only time will tell which of these studios is correctly reading the virtual reality tea leaves. Until the business matures with headsets abundant and accessible to the masses, VR software developers will have to tread water and hope they’re positioned to ride the wave when it comes in. 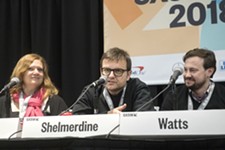 Recap: Horror in VR
Can terror in the virtual world have IRL success?