There’s a constant discussion (and rightly so) about the lack of roles for aging actresses. Moreover, the only roles open for many actresses aged 50 and over are as arthritic teenagers in cloying dramedies. Yet while there are a greater number of parts for aging actors, they are often required to play beneath their age. 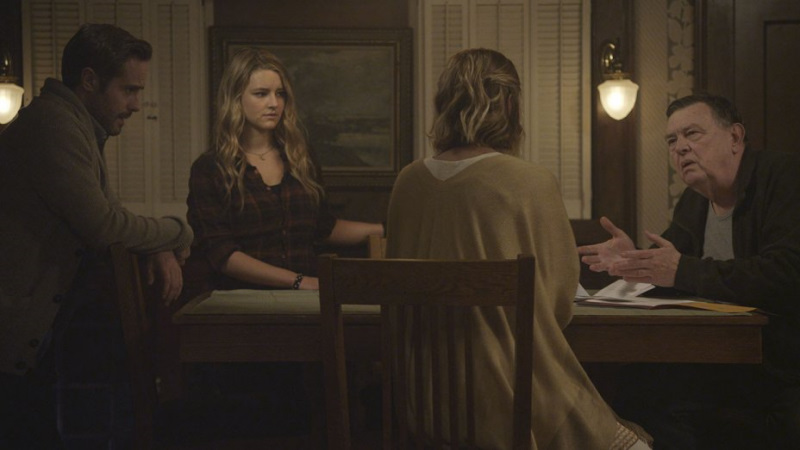 Take Liam Neeson and Bruce Willis. Both began their careers as serious dramatic actors, but now are cartoonish action men.

Or take Gene Jones: his career has mostly been as a supporting and background guy, with a résumé filled with roles like "Indiana Counter Man" and "Gas Station Proprietor." It was only with his 2014 performance as a cult leader in The Sacrament that his depth and unlikely charisma was revealed. Now at least he’s getting more memorable supporting parts, like the ill-fated Sweet Dave in The Hateful Eight, and Colonel Tom Parker in HBO’s Vinyl. With Dementia (IFC Midnight/Shout! Factory) he returns to center stage. It is rare for a script to probe what it means to be old, and to do so with both insight and tragedy: Dementia allows him to explore both.

Unlike The Sacrament’s manipulative and megalomaniacal Father, Dementia’s George Lockhart is an avuncular if hardened soul. A Vietnam veteran, he’s spending his twilight time playing chess by phone (with Richard Riehle, another great supporting actor), and scaring off the local bullies. A stroke means he’s becoming unwillingly dependent on others. “I’d rather be dead than a Jell-O eater,” he gruffly informs visiting nurse Michelle (Kristina Klebe, Proxy)

The feature directorial debut of Mike Testin (better known as the cinematographer for the Contracted franchise), working from the script by Meredith Berg, Dementia’s core is a man in collapse. Jones portrays George as a man who sometimes realizes he can’t trust his own memories, but sometimes finds himself yelling at a granddaughter (Hassie Harrison) he doesn’t recognize and his alienated son (Peter Cilella). There are early hints of something awry with Michelle, but the initial visceral horror is from bearing witness to George’s inevitable decline. It’s not in his hallucinatory Vietnam flashbacks, but in little moments, like trying to remember how to make a cup of tea.

Inevitably, it becomes a cuckoo's nest drama, with the increasingly vulnerable George becoming victim to Michelle’s far from tender mercies. But much like baby sitter psychodrama Emilie (see last week's DVDanger), it surpasses the normal tawdry tropes through a nuanced and unsettling backstory that throws George’s passivity and innocence into question.

Undoubted credit for that tone-setting must go to Jason Turbin's score. He's already a go-to orchestrator for indie horror (Oculus, Proxy) but his music here, sweeping from eerie strings to discordant percussion, reinforces that there is a lot more than the simple domestic abuse drama that it initially seems. 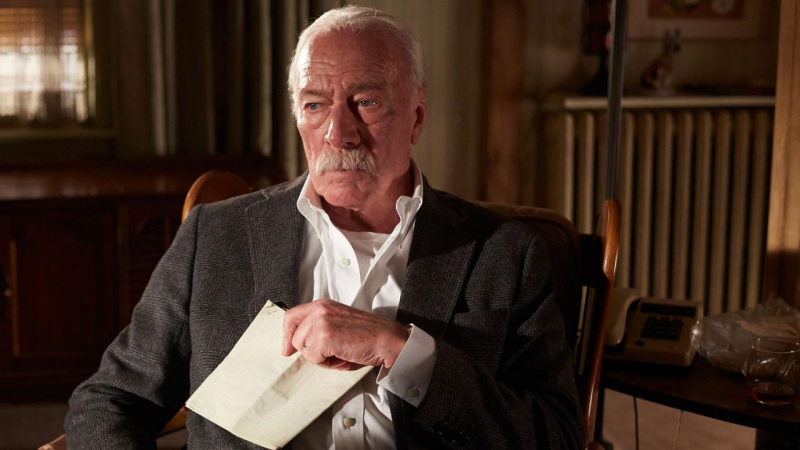 A mind as fragile as a piece of paper: Christopher Plummer adds a terrifyingly human gravitas to mental decline in Remember. (Image courtesy of Lionsgate)

The fact that Dementia provides a mature actor like Jones with a rare, meaningful part is also what makes Remember (Lionsgate) so sadly noteworthy. Yet there are deeper connections: the fragility of age, survivor’s guilt, and contending with a legacy of brutality.

The latest from Atom Egoyan, following from his strange and disturbing kidnap drama The Captive, depicts the frantic scrabbling at and scrambling of memory that is severe senile dementia. Zev Guttman (Christopher Plummer) wakes to find his wife missing. As a retirement community worker soon explains, she is not missing, she is dead, and has been for weeks. Yet Zev’s scattershot memory cannot hold that fact, or anything else about his life.

Instead, that’s left to Max Rosenbaum (Martin Landau, in a haunting portrayal of physical collapse), a wheelchair-bound veteran of Simon Wiesenthal’s hunt for Nazis. What Zev doesn’t remember, and what Max must constantly remind him of, is that they are both survivors of Auschwitz. Max has found the identity of the officer who killed their families, but he cannot physically leave the group home. Yet Zev – fit in body but fractured in mind – can be his agent of vengeance.

It sounds like a cloying conceit, a Memento redux, as senile Zev takes to the road, and reads and re-reads a letter from Max to remind him what he is doing. Instead, it is a black tragedy, built upon an astonishing and understated performance by Plummer. With baffled gentility, he is drifting towards death, often unaware of where he was mere seconds ago, subject to upsetting confusion. By contrast, the razor-minded Max is crumbling toward the grave. For both, the process seems so deeply unfair and cruel.

The resolution holds the same uncomfortable, queasy morality that has become Egoyan’s recent trademark. As with The Captive and Satanic Panic true-life procedural Devil’s Knot, the protagonist’s actions are not simply good or bad: Instead, it’s how the viewer parses them, and what their judgement says about them, not Zev or Max.

This column is dedicated to Lazo, for making my mother so happy for so many years; and to Slacker, my four-legged movie-watching buddy.