Maria Bamford’s Netflix comedy Lady Dynamite, which debuted today, starts slow. A premise-setting premiere that tries to explain its structure is well-timed, although that structure is complex enough that you find yourself learning its rhythms as you go, and the two episodes that follow are the weakest of the set. 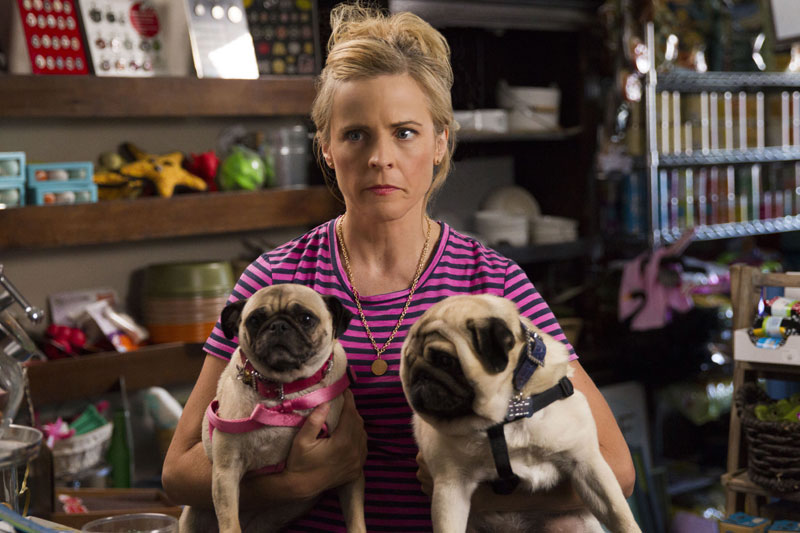 After that it’s smooth sailing, if the closing episodes are a bit sillier than what’s come before. Altogether pretty much what you’d expect from a show based on, as the logline goes, “what Maria has accepted to be her life.”

The mix is right; all darkness and screwball, compassion and righteousness, relatable and cruel. Best of all, the show preserves Bamford’s disregard for interpersonal boundaries: blindingly bright vulnerability followed by devastating backflips into alienating inscrutability followed by piercing insight, rapid-fire overshare, with hymns to community and revolution. You can know Maria too well or not at all, her vector or her velocity, but never both and never for long.

She’s known – and loved – for the unique effect of just this Heisenbergian approach, inviting us to place our paths parallel to her own. To be the canary in the mine of our own sort of awfulness and come bouncing back with a manic grin, telling us everything is going to be okay. You’d be understandably surprised to learn that this TV show is a TV show: Maria claims to have spent just two to four hours a week in the writers’ room, on average, and unlike many of these post-Louie autobiographical adventures (Maron, Master of None, etc.), the recognizable “bits” are few and far between.

That’s nice, because even if you are acquainted with the comic’s biography – it’s likely, if you’re reading this, that you can quote a fair amount from her 20-year stand-up career – it won’t really help. The show’s three timelines are built around a breakdown. The oversaturated, hypomanic rush of 2009-11, when Maria was doing Target commercials and steadily losing her shit; the washed-out sad and blue 18 months she spent in a major depressive episode, hospitalized in three different L.A. psych wards after a tragedy, then recuperating in her parents’ Duluth home; and her color-balanced 2012-13 comeback/reconstruction, in which Maria returns to L.A. and figures out what it’s like to be a person.

Each episode is built around this fulcrum of the breakdown, comparing a period of rapidly spiraling success to an equally turbulent present, always jumping back and forth across this Lethe of depression, anxiety, and shame. They’re all equally funny, which shouldn’t surprise you. What is surprising is how easy the show becomes to navigate, and how quickly. While Arrested Development’s fourth season (which guest-starred Bamford) was notably ambitious in structure, say, that ambition was the point: The show was always a cerebral exercise. 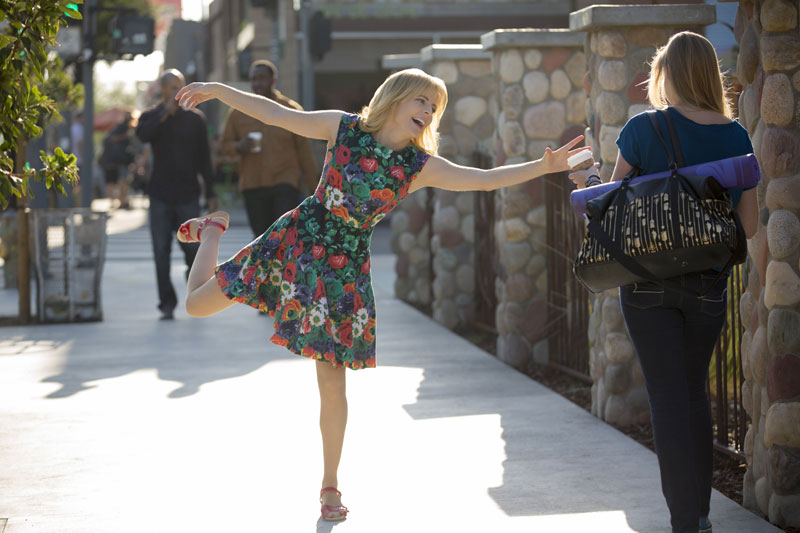 Here, a present-day fear or obstacle summons up and revisits past mistakes and disasters with such precision that you begin to anticipate the show’s next moves, seeing the world through Maria’s eyes – or rather, through the eyes of all three Marias. We sit with her past recklessness, her present caution and anxiety. Most impressively, we learn to find a kind of refuge in her points of dread and pain. Only a few trips to the blue period last more than a scene or two, but they are all used like scalpels.

While there is nothing particularly dark about Maria Bamford, the artist or the woman – she is a freaking delight, obviously, and possibly the smartest person who has ever lived – it is true that the way she sees the world is often difficult for her, and us, to swallow. Like her stand-up, we’re tricked into identifying with a story only to be suckerpunched at strange times: occasionally by pain, or shame, but mostly by sudden, rare beauty.

Although the earliest and last episodes seem hesitantly modeled on The Sarah Silverman Program, with its doofy dream sequences and comedian’s comedian repetition jokes, overall I’m reminded more than anything of Josh Thomas’s Please Like Me, which plays the same sort of games with emotional boundary and intimacy, daring you to love the (autobiographical) main character at his worst, only to punish you for falling for his best. In Lady Dynamite, that trickster god is the world itself. The unpredictable thing Maria Bamford seems to like most about the nauseating rollercoaster of being human – and the giddy hilarity of it, once you’ve strapped in beside her.