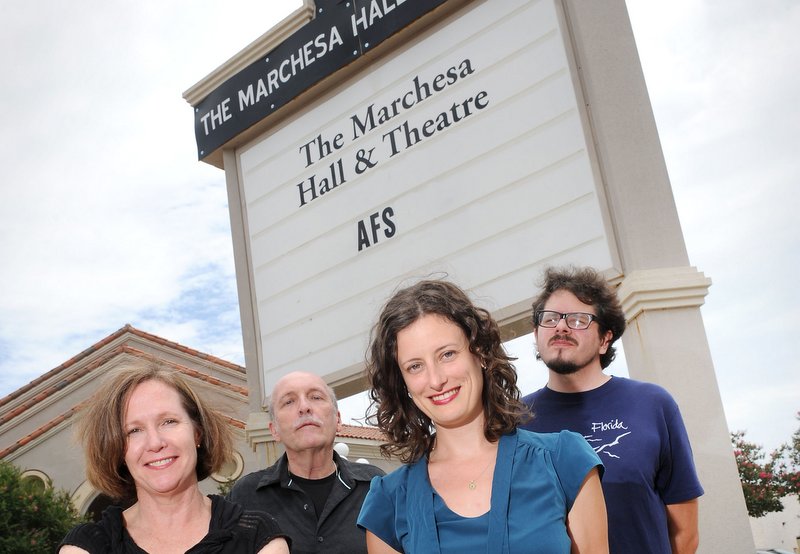 It was kind of obvious, really. When Richard Linklater let it slip just before SXSW that the Austin Film Society was planning to open a permanent two-screen arthouse cinema, the smart money was that it would be the space they share at the Marchesa Hall & Theatre. Now AFS has confirmed that's the location, and has hired a general manager.

Having their own theatre has always been part of the nonprofit cinema society's game plan. AFS associate artistic director Holly Herrick said, "We’re really super excited. This is a long time coming."

AFS started holding screenings at the the Marchesa back in 2013, and Herrick called it "a game changer. … We’ve seen what a fantastic and growing public there is for the types of movie we’ve been showing here.”

Since then, the society has split its calendar between the Marchesa and the screening room at Austin Studios. Herrick called that period “our training wheels for having our own theatre.” It even raised $120,000 to upgrade the 278-seat theatre with a new projector and sound system. After literally decades as an itinerant organization, moving from short-term home to short-term home, Herrick said, "Having the theatre at the Marchesa has been such a moment of growth."

Now they will take over the entire space, and will be investing even more money into the building: stage one involves rebranding the space at 6226 Middle Fiskville as the AFS Cinema, while stage two will be a major renovation, with a scheduled completion date early next year. With the ink on the lease barely dry, the society hasn't started talks with architects yet. However, Herrick said, "We’re comfortable that the theatre will be ready for its grand opening in first quarter 2017."

As for the AFS at Austin Studios, the society will keep its office there, and there will continue to be a public-facing presence. Before today's announcement, there had been talk about a potential screening space there: Herrick added, “It is possible that one day we will have a cinema at 51st Street, but that will be a long time in the making.”

The society was also looking for a general manager, and today's announcement includes that David Monahan will be taking that role. Previously a general manager with Nordstrom's restaurant division, he proved his theatre management credentials as a stage manager for UT-Austin's Texas Performing Arts, and a stint as an assistant theatre manager with the Alamo Drafthouse.

The good news for the other organizations that regularly schedule events there (including the Texas Burlesque Festival, MondoCon, Staple! The Indie Media Expo, and Inspire Pro Wrestling) is that the AFS will be leasing parts of the venue out for special events (that was actually part of the job description for Monahan's position.) Herrick said, "We already have a staff member who’s handling rental inquiries.”

As for AFS loyalists, Herrick stresses that this change won't alter what the society does, but allow them to do it even bigger, and in a space it controls. She said, "The important thing to know is that our mission is at the core of everything we’re doing there, so we’ll continue to do the same kind of programming. We’re cultivating a passion for great global cinema, and that’s going to continue in this space.”