Bill Moseley on being Chop Top, and living as a horror icon 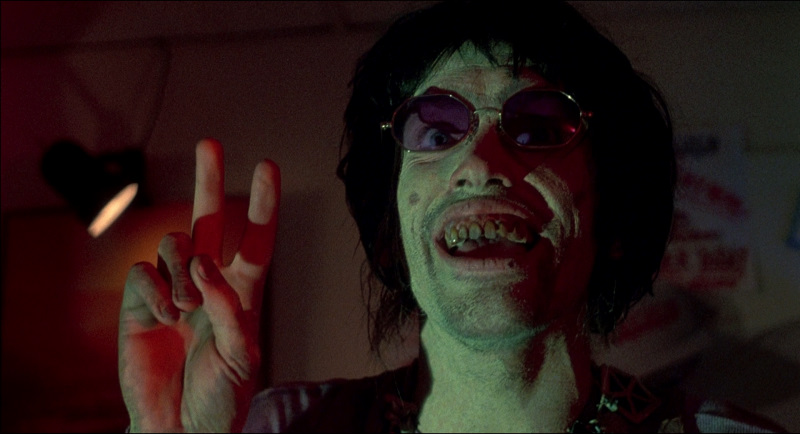 The Texas Chain Saw Massacre has been called the grandfather of Texas independent horror. Its sequel, The Texas Chainsaw Massacre 2 revived the series and brought it back to Austin. But it also launched the career of Bill Moseley, one of the most beloved, respected, and terrifying modern horror actors.

His performance as the lunatic Chop Top is a key reason why the psycho, day-glo, gore-drenched sequel to the original works, and unnerves to this day. Yet it's a far remove from the reality of the soft-spoken Connecticut native. In It Runs in the Family, the feature-length documentary included in the new collector's edition of TCM 2, available now from Scream! Factory, his co-star Bill Johnson (the film's Leatherface) calls him "enigmatic, ineffable, wonderful person." Similarly, FX guru Tom Savini (who still has the bust of Moseley he struck for the shoot in his backyard) called him "the morale of the shoot."

He's the unlikeliest of horror heroes, a Yale-educated actor who admits he became terrified of rural America after the original TCM. But his spoof, "The Texas Chainsaw Manicure," caught the attention of director Tobe Hooper, who cast him as the deranged Vietnam veteran and one of the craziest members of Leatherface's extended family.

Prior to Chop Top, his sole screen acting credit was "cab driver" in Endangered Species. Yet after his portrayal as the scarcely controlled lunatic, he became a touchstone for horror directors, from the remake of Night of the Living Dead to the Manson-esque nightmare that was Otis in Rob Zombie's House of 1000 Corpses/The Devil's Rejects double bill, and literally dozens more.

As for the roots of his breakthrough character, "it’s all up in the shoulders," said Moseley. "There’s the coat hanger and the lighter, I’m scratching my head. It’s all shoulder stuff." By contrast, with his straggle-bearded maniac Otis, "it’s all in the balls. It’s thumbs under the belt, sitting back, ‘Fuck you.’"

Austin Chronicle: You’re in the rare position of having three iconic roles. You've got Luigi Largo in Repo! The Genetic Opera, you've got Otis, and you've got Chop Top. Sometimes horror actors end up typecast, so Gunnar Hansen ended up with Leatherface over his shoulder all the time, but is it different for you knowing that, when you talk to people, they’ll bring up any one of those three? And which one comes up most?

BM: I’d say it’s a toss-up between Otis and Chop Top, but there are a lot of Luigi Largo fans out there. There are also a lot of Night of the Living Dead fans out there. That’s actually kind of a relief, that I have a lot of different characters, and some play better than others, depending on the time of year, where you are, and with whom you’re speaking.

The thing for me is it makes it easier to take different kinds of jobs, because I’m not chasing that elusive iconic part anymore. I just like to work, and take what’s offered, and go for it. I realized, having done this so long, you just keep suiting up and showing up, you have fun with it, and you never know if it’s going to turn into something cult classic-y. I’m always happy with my work.

AC: For all those characters, you do have a habit of dying a lot.

BM: But I’ve killed a lot more than have killed me. I’m way ahead in my body count.

AC: With indie horror, it comes to a point where it feels like everybody knows everybody else, and from the outside it feels like a very cohesive scene. Does it feel the same as an actor, that you’re never more than three phone calls away from everyone?

BM: It’s true, especially in the horror genre, because there are lots of horror conventions. I hang out with some of my famous horror colleagues, five or more times a year. We hang out, compare notes, talk about directors, jobs, what’s available, what we’ve done. We’re like dentists, but we kill people instead of drill people. It’s a lot of fun to hang out, but it ends up being a real community.

The Texas Chainsaw Massacre 2 (Scream! Factory) is out now on two-disc collector's edition.