One of the greatest things about this particular moment in art is that most of the notable art is being made by the trailing edge of Generation X, and they don’t really believe in anything. 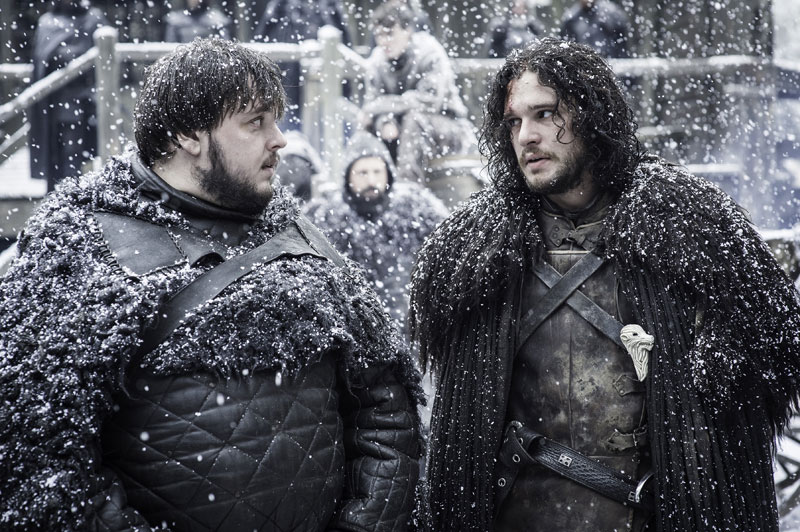 The beta and the alpha nerd (Photo Courtesy of HBO)

You can take apart prevailing narratives or myths that we have about the world and live by, and look at what is underneath them; what is useful and what can be discarded. Remixes have been around for a long time, but they went from being secondary texts and novelties – mash-ups in particular – to being a part of the scenery. You can do this in a good way (Frozen, The Magicians) or a not-great way (Once Upon a Time), but either way the idea of burning off whatever is not useful, whatever is irrelevant, is a powerful one that we could all tend to give more room to.

The unhelpful – dangerous is a better word – narrative I’m thinking about today, the wallpaper we didn’t really notice fraying until it was obvious, is about nerds vs. jocks. The Cartesian dichotomy writ large, the story is simple: The little guy is the nerd, the big guy is a jock, the nerds somehow win. It’s a pretty angry story, based in postwar masculinities blah-blah, but because men were the storytellers for so long it’s become the central myth for many lives.

Lord of the Rings is a sausage fest about a bunch of nerds and their pet jock Aragorn, while Buffy the Vampire Slayer is the same, about mostly women; The O.C. is the reverse, a story about a bunch of jocks and their pet nerd. The Goonies and The Outsiders are both smart remixes, notable for their awesome and heroic jock women who are not monsters, but the central issue remains the same: A jock is someone who does not really deserve what they have and who needs to be brought low in order for the nerds to have their day. Battlestar Galactica, Friday Night Lights, and Grey’s Anatomy are wonderful shows that entirely feature jocks who act like nerds.

At some point in there, this became a rescue mission: As industry gives way to technology, it’s harder and harder to pinpoint where nerd ends and jock begins, because we are all nerds and we are all capable of acting like jocks. That’s where it gets scary and it’s why this is worth reviewing, because it’s so much easier to play victim, play nerd, and once everybody else looks like a jock, you have carte blanche for any kind of crazy or awful behavior you want. You are saving the world when you do this.

Batman v Superman is one good example of where we are at now: jock vs. jock, with each side considering itself the nerd. Nolan's The Dark Knight trilogy went all the way from orphan nerd to fascist jock without ever blinking. A better and far healthier example is Star Wars: The Force Awakens, which is a tragedy about two jocks who have a nerd for a kid and don’t know what to do about it.

In the real world, the breakdown in online communication between men and women in particular is a growing cultural fascination because the things you leave out in a nerd/jock paradigm is the rest of us: gay kids, women, and minorities of any kind. Pickup artists and Men’s Rights Activists come from that same school of carte blanche world-saving, rendering out women in their search to unseat the jock. The “Fake Geek Girl” trope and Gamergate both spring from this same sense, that all jocks are Bowser and all women are princesses who aren’t smart enough to realize that they want to be saved by Mario.

Bernie bros get upset about the name because it critiques into nonsense their righteous battle: How can I be a bro, a jock, when I am clearly an embattled nerd? And on the other side, the weird, intemperate bossiness of the Hillary supporter begins to sound like Captain America: Civil War’s Tony Stark (nerd or jock?) willing to kill Captain America (jock or nerd?) in order to save the universe. (I mean the thing is literally called Civil War.) Any ideology that considers ends apart from means is an ideology that will not serve you well. And if you receive criticism for your behavior, serendipitously, this only underscores your sense of the righteous uphill battle.

Things are better on TV, as usual. Game of Thrones (which premieres on HBO, Sunday, April 24, 8pm) is a story in the classic vein. Alpha nerd Jon Snow will either die or inherit the world, while his beta nerd Sam has discovered magic rocks that kill zombies. A pretty basic part of the story, but considering the amount of jocks beating up on each other elsewhere in Westeros and across the sea, not too shabby.

Mr. Robot, which is about to announce its second season’s summer premiere on USA Network, is a movie in the form of a TV show that knowingly and compassionately demonstrates the intense jock-ness of Gen-X’s messianic irony. The Nerd Singularity, when the nerds finally inherit the Earth, has come and gone, and we are living in the aftershocks: The nerd/jock dichotomy was just scaffolding for the better world we were building, and now that we’re here, it’s scary as hell to step back and look at what we made. But we need to. 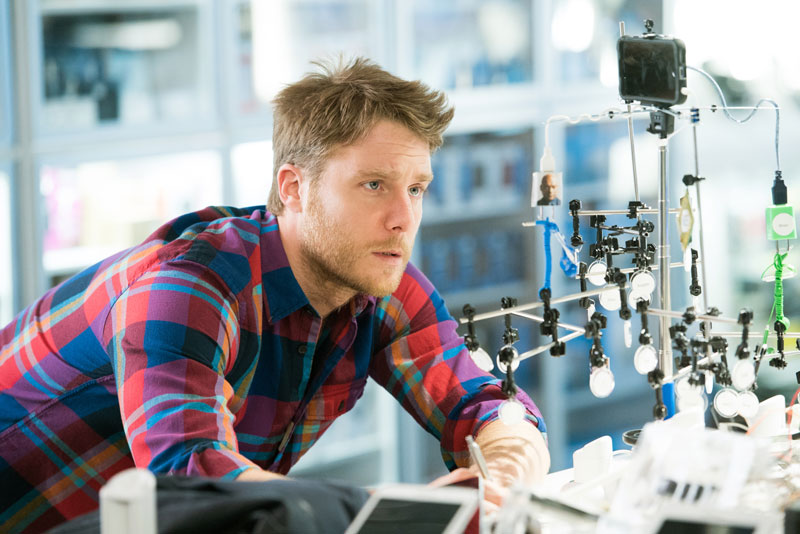 Limitless, whose finale airs on CBS, Tuesday, April 26, 9pm, is simply one of the best television shows of our time. CBS shows are hard to catch online, because CBS is – with the weird exception of Big Brother – a bizarrely techno-incompetent Luddite. But by casting a super-jock as the ultimate nerd, it signals exactly how post-everything and smart it really is: Our Brian Finch is an aimless, metal-loving pothead with a perfect body who happens to live in a sci-fi power fantasy whose stories are told with more visual and narrative invention than anything else on network or cable.

Normally, at this point I would be talking about decentering the heteronormative, white-male narrative in favor of worlds that look more like the real one we live in, but nobody ever said you can’t make shows about straight white guys. First of all, there would be nothing on TV, second of all, “equal” is the opposite of “better.” But as we move forward with this election, and this month full of tragedy and death, I think it’s important to remember that being the main character in your narrative comes with as much responsibility as it does power: If you want to be the hero, you have also absolutely got to act like one.