By now, Adult Swim has stuffed its early, early morning schedule so full of psychotic micro-series and stoner-geared specials that a dearth of material has formed without much critical notice. 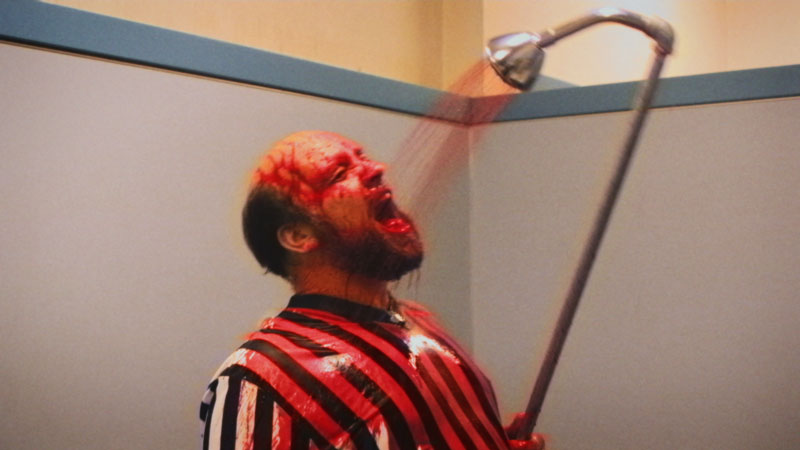 Few soberly written reviews surfaced last week when the network released comedian Joe Pera’s brilliant animated short “Joe Pera Talks You to Sleep,” or when Jon Glaser’s Neon Joe, Werewolf Hunter ended its stunning run. But to let “M.O.P.Z.,” the new film from writer/director Todd Rohal, fall by the wayside because you are too focused on Horace and Pete should be an actionable offense.

Austin local Rohal has a taste for the grotesque and the visual eye of Groucho Marx, as his Sundance-award winning “Rat Pack Rat” and last year’s Uncle Kent 2 made clear. Yet the puerile innocence of his scripts, which time and again include such obsessions as lopsided toupees, arcane robotics, and odd romantic couplings, must have been Adult Swim’s attraction to “M.O.P.Z.” “To me, the story is pretty simple,” says Rohal, “a guy falls in love with a woman, woman falls in love with the man, and a robot gets between them.” Set in an elementary school where indolent janitor Mort Sangus (Jim Hamerlinck) has developed a thing for a sweet redheaded schoolteacher (Karen Wetterhahn), the film is Rohal’s and co-writer Benjamin Kasulke’s deranged rendition of Modern Times. In an effort to boost his flagging performance at the school, Mort designs a semi-sentient machine named M.O.P.Z. to do his cleaning. But – and isn’t this always the case? – the doggone robot goes haywire, and starts pretending to be the janitor so it can get Ms. Wampler into bed. Appropriately, much like a worn 1936 Chaplin print being improperly projected by a high school cinema teacher, “M.O.P.Z.” runs entirely in antic fast-forward. 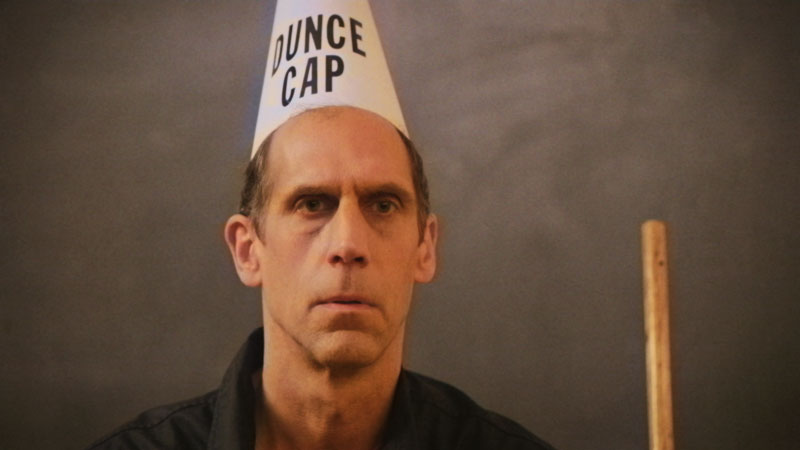 For Rohal, who also edited, the project “was definitely an experiment,” in compressed time. In the writing stage, he was hyper-aware that people treat independent films nowadays like they treat television. “In a cynical way, I feel like this is how people are watching movies now anyway: skipping through scenes with their phones in front of them, leaving the room when they want.” So when the time came for Rohal and Kasulke to submit an outline to the producers John Lee and Vernon Chatman of collective PFFR, Rohal laughs, “we felt like we should make something that was the opposite” kind of negligible viewer experience. Kasulke had shot Lee’s peculiar and beloved brainchild The Heart, She Holler, and Lee took the idea to Adult Swim executives Ollie Green and Mike Lazzo. The network greenlit the film as a special, and premiered it on April 4, at 2am.

As a result, what was shot for about 45 minutes of screen time now played on television at the length of a caffeinated Tim & Eric Awesome Show, Great Job! episode, although Rohal and Kasulke squeeze in a full, rich narrative. What they fit into this 11-minute exercise in storytelling is especially economic and impressive given the network’s past programming, and audiences have acknowledged a strong creative voice at work in “M.O.P.Z.” When the special launched online after its premiere, Rohal says, “I had assumed that everyone on the Internet hated everything, but the YouTube comments say things like, ‘This is artistic! Adult Swim is supporting art! This is like Charlie Chaplin on PCP!'”

Ben Blankenship’s hilarious production design (including the Nazi-saluting robot itself) and Nick Smith's and Joe Nicolosi's throwback effects are both artful and sweetly vintage – it would be fair to say that “M.O.P.Z.” is to comic cinema what the phonograph is to rock music. The project was shot in an abandoned school in Seattle without fanfare, and there is an element of DIY sensibility in its secret production that recalls Rohal’s Guatemalan Handshake. That masterful film from 2006 also featured rambling blowhards and warped machines. It also boasted a cast of near-nobodies, with Will “Bonnie Prince Billy” Oldham as the sole exception. There is no such counterpart in “M.O.P.Z.,” which is unbridled by celebrity interference, and authentically driven by the desire to make outrageous, hilarious comedy. That this unclassifiable little gem wound up on Adult Swim is no coincidence: Innovation for cheap is the network’s namesake, and there is nothing that’s felt so new (and so inexpensive, thanks to Smith’s hand-me-down VFX and the least convincing robot in network television history) as this in years. 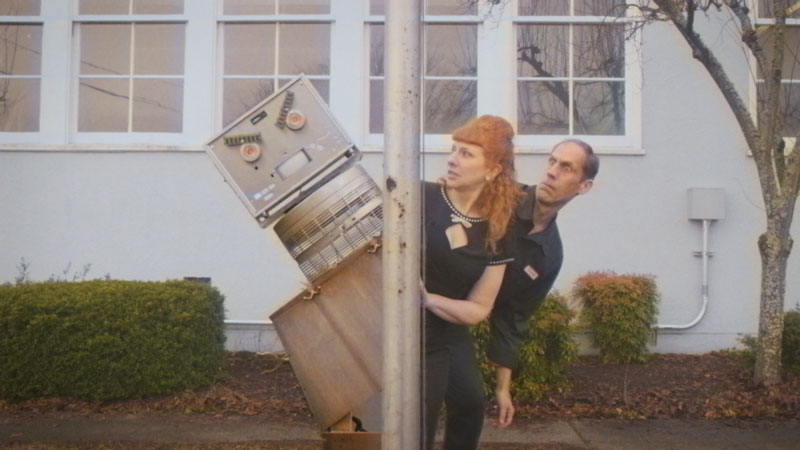 Its imaginative, Benny Hill-like cleverness is such, however, that the run time is ultimately a limitation on critical review. I mentioned to Rohal that every audiovisual invention in the filmmakers’ stables, like the robot-selfie close-ups, Eric Friend’s sound design, or vandalism that says, “Vive le graffiti!” is worth mentioning. Follow that logic, and it would take any writer worth his or her salt several times longer to review than to watch. The filmmaker acknowledges that: “as you and I are talking, there’s really been no press on it at all. No one was anticipating “M.O.P.Z.,” so there was no one to share our information with that I couldn’t just text anyway.” Still, he’s holding out hope that the special will go the way of Casper Kelly’s accidental online sensation “Too Many Cooks.” “I know that for Casper, his thing just took off and had a life of its own. I have no idea how the world of going viral works, but it would be nice if more people saw this and eyes got on it.”

SXSW: Uncle Kent 2
An inessential sequel that is oddly unmissable