Finding the heart in Syfy's The Magicians

Syfy Network’s The Magicians, which ends its first season this Monday, April 11, is a funny little thing. 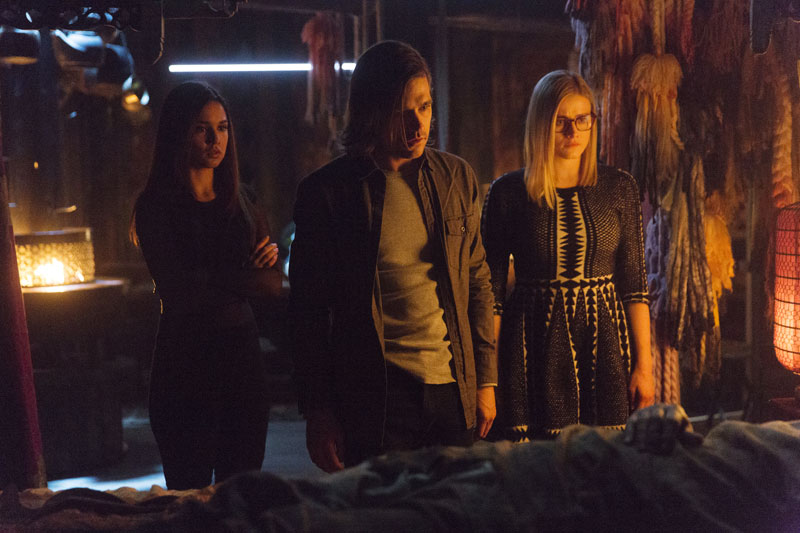 There’s the network, of course – Sharknado, WWE Smackdown, and Battlestar Galactica, all under a single banner (?!) – and the high expectations set by The Expanse, this winter’s breakout hit. And then, there are ... the novels.

Lev Grossman’s Magicians trilogy rode a wave of pomo/literary/nostalgia of such hype that they could have been terrible and still been huge. I like to imagine how low the stakes would have been, for the silly and subpar – but white-guy-beloved – True Detective, if it had debuted at any time other than immediately after the collective Breaking Bad finale fever finally broke. 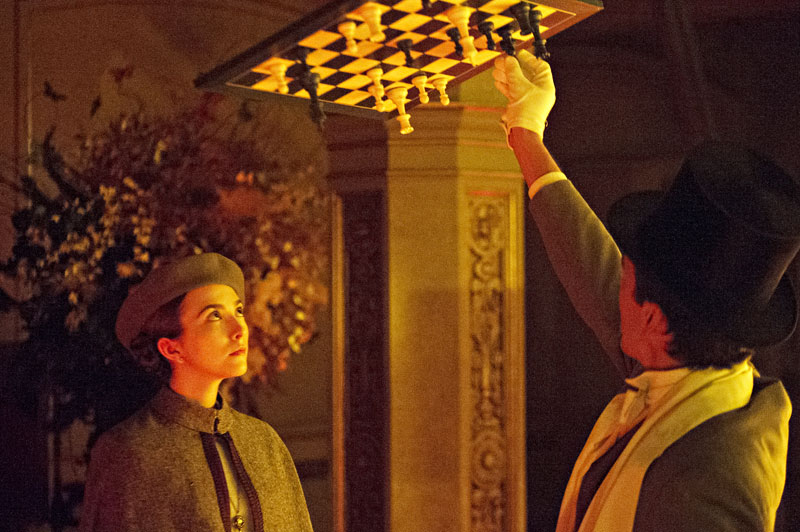 Sexy Harry Potter fanfic, the repression-horniness-and-grad-school gumbo of your Secret History Tartts and minor Easton Ellises, the Gen-X need to have one’s post-Hunger Games YA cake and pretentiously eat it too. Best and most profitable of all, the books provided an ugly little treat for that revolting teenager inside us all who still wants revenge for the day we figured out that – much like a frozen banana could be described by a lunatic as “dessert” – Aslan is Jesus.

Now to me, this is a conversation that is only so interesting and you can do only so long, but for those among us who feel sufficiently burned by the American Protestantism of our childhoods, it can be a life’s work. I don’t claim to understand militant atheism or how easily it links itself up with racism now, but I do know that the imperfect humans who practice Christianity can, being imperfect humans, mess people up. And for some of those folks, complaining about Susan Pevensie’s sexist treatment in the Narnia books, for example, is a way of revisiting those wounds – if not healing them.

Take a born Ravenclaw and try to explain the world to them in Hufflepuff or even Gryffindor terms, and you are going to end up with a very ticked-off kid who feels lied to. There is of course a great feeling of being radicalized, the first time you notice about yourself that you are gay, or feminist, or atheist, or whatever thing it is that you have noticed. A lot of us get stuck, addicts to that moment of awakening, and going back to the well over and over to try and find that spark of realization, mistaking it for rage, learning to live on that rage, and wondering why we are still hungry. 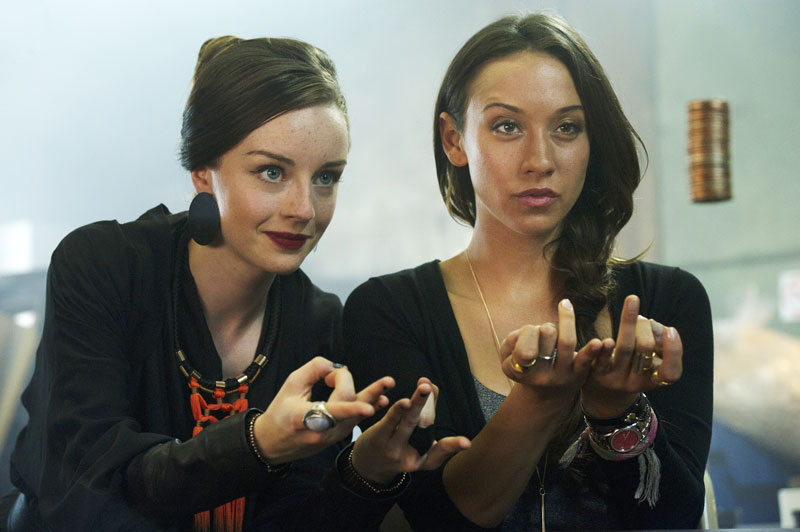 I don’t know that it’s a winning proposition to try and protect your child self by being angry at him or her. You don’t really need to go back to the dungeon to make peace with your days in the dungeon. That’s a conversation you are having with yourself and mistaking it for a conversation with the outside world. The cure for anxiety is not time travel, which is what you’re trying to do when you project your own shame or fear or pain backwards like that: time magic, turning back the clocks to before you ever had to feel those things at all.

And I don’t even think it’s really Lev Grossman’s main issue or the reason he wrote the books, although I think it’s the main reason for their success. He presents as a capital-N capital-G Nice Guy, who – like Scott Pilgrim’s creator Bryan Lee O'Malley before him – believes that having a bunch of people call your gross author-insert character a monster means somehow that he is not a gross monster.

Frankly, that’s another form of time magic: If you call yourself a jerk before somebody else gets to, then somehow you are no longer a jerk. Not exactly the same as “I’m not here to make friends,” but in that neighborhood: “I’m not here to give the impression that I think I deserve friends,” maybe. “I’m not here to create unrealistic expectations of my value as a friend.” It’s gross and sad and it never works, but we do it anyway.

If a woman had invented Daenerys Targaryen, a princess with white hair and purple eyes who flies around on dragons and falls in love with her rapist like a bad Eighties romance novel, there would be no Game of Thrones. I promise you that. Instead, we get a hideous hunchbacked dwarf, misunderstood and snarky, smarter than everybody around him, who’s constantly being forced and tricked into having sex with women, whom he then respects, until they betray him, like how women always do. It's bad boys doing bad things that we love anyway, because they are boys and apparently so are we. I’m allergic to it, I hate it, and I bought and read every single Magicians novel on day one, in hardback, because I can’t stop pushing on my bruises either. 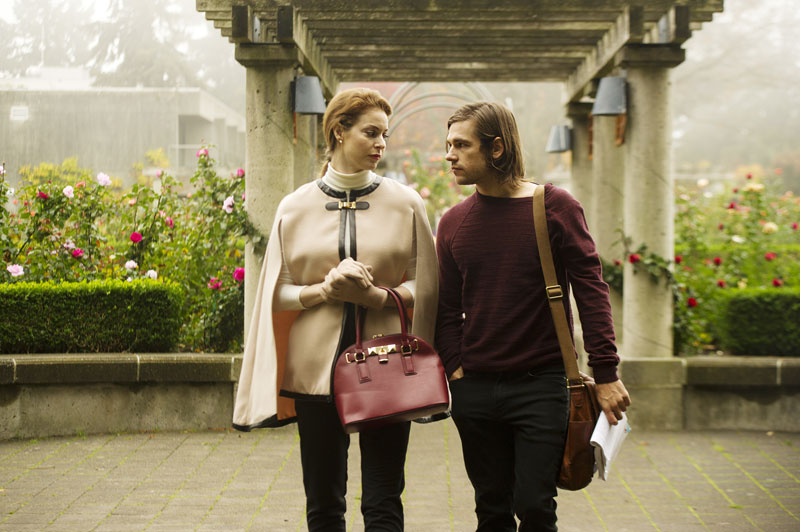 All of which makes it so surprising that Syfy's The Magicians has been, scene for scene and performance by performance, consistently and simply the best show on television. A visually beautiful, gorgeously unsentimental, and harshly compassionate investigation into exactly those things the books treated with such notable carelessness: faith, silence, wit, sexual complexity, the inner lives of its women, even its wonderful sad-sack protagonist (charmless and feckless in equal measure, in the books). And the problems – which, by the end of book three, are practically all there are – are not just erased but solved.

Not a scene goes by that isn’t elevated past plot into hilarious character work, heartbreaking twists, and revelations, and a wondrous comforting hand on the shoulder that says, “We get it. Don’t worry about it.” Every single crappy book scene you dreaded seeing brought to life is smoothly and smartly incorporated, characters are given not just life but dignity and fun, the guest stars and art direction are top-notch, and the show regularly accomplishes the impossible: We root for and are charmed and mesmerized by our protagonist, the Sad Young Literary Holden Caulfield named, obnoxiously enough, Quentin Coldwater.

The self-flagellating young smartypants who tries so hard but still is not handed the things he is owed, who hates himself so much that nobody else can get in line, is a fictional trope that has been dead for a very long time but still walks, like a zombie, through the literary and indie-film landscape. From Junot Díaz and Tao Lin all the way back to Nick Hornby and Cameron Crowe, he imagines the Manic Pixie into the eternal sunshine and then cruelly denies her to himself, right up until the point where her dad usually dies or occasionally goes to jail. This is a character that does something, for a certain kind of person, who happens to be the kind of person that makes the decisions about what matters. So he matters.

The problem is that this is only true for the tiny population for whom the protagonist reads as “myself.” Ex Machina was a great film made by and for a very specific, very small minority of people whom the rest of us treat as the default. If you forget or refuse to practice your double-consciousness, you end up with nowhere to stand, which is the next best thing to having no voice or opinions at all. The only time magic I would ever want to practice, for another example, would be to change the title of HBO's Girls to literally anything else.

But there’s another way. Mad Max: Fury Road, for example, is a story for “us” that happens to include all of us, and whose central metaphor – Max as “universal donor” – serves as a reminder that power is not a zero-sum game, that sharing power multiplies it, and that true power isn’t control but stewardship. That's a lesson to which this season of The Magicians dedicated an entire storyline, in the person of the trilogy’s most mistreated, pointlessly abused character, creating moments of true and meaningful beauty, on Julia's journey toward a higher calling. Other people are not characters in our movie, as they say. They’re just the pieces of ourselves we forgot.

It turns out that, without the distancing irony and ego-scaffolding necessary to both love and hate one’s own protagonist, without constantly trying to buy back his behavior with self-pitying nonsense and poetic ennui, you can simply present him as he is: flawed, beautiful, infuriating, impatient, and with the best intentions. By establishing a universe in which everyone matters and everyone has desires, in which nobody – not the brittle ice-queen Hermione, not the gay guy, not even the three different flavors of “broken” girls that overpopulate the novels – is furniture for anybody else. 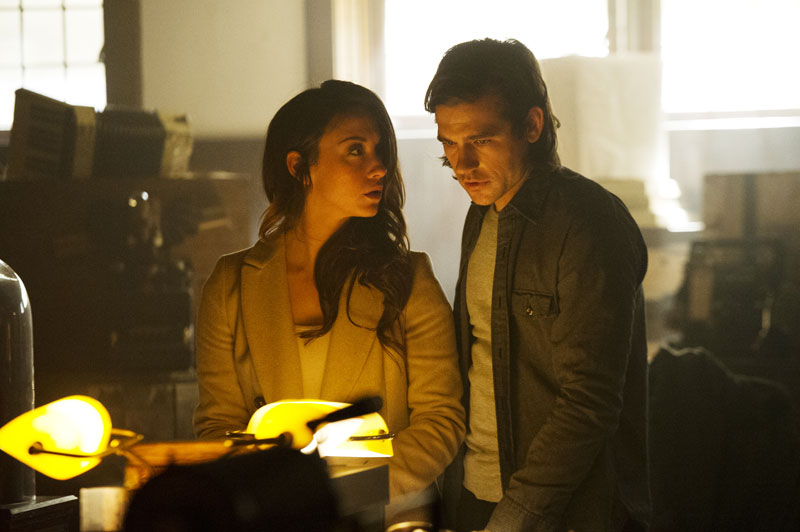 Trying to save the protagonist, in a bizarre and Pyrrhic act of Gen-X self-censure, Grossman made his world unlivable. By taking that world and making it big enough for everyone to live in – by loving Quentin wholly and without question, without alibi, without excuses – the show has saved itself and the books themselves.

Good adaptations to screen (Election, The Expanse) share a willingness to strip away detail and reveal the heart; the worst (American Psycho, Batman v Superman) tend to strip away subtext and substitute their own, creating movies that may succeed on the merits, but bear little true relation to the source. A truly great adaptation – and I mean honestly The Magicians may be one of the finest in our generation – gives voice to the heart behind the words, unhampered by the fear and vulnerability that held the original back. Now that’s time magic I can get behind. Further up and further in.

Television, The Magicians, Syfy Network, I Like to Watch