The message of The Arbalest is to not be afraid of Medieval French titles. While it incorporates decades-long time jumps and elaborate visual patterns, the new Atlanta-shot feature from writer/director Adam Pinney is far from confusing. In fact, this off-kilter, microbudget goof just won the SXSW Grand Jury Prize for Narrative Feature. 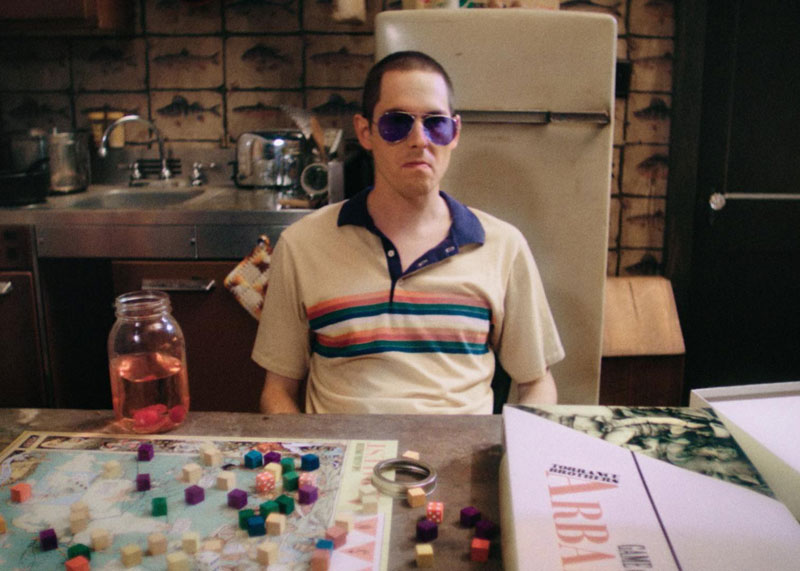 Foster Kalt (Mike Brune, upsetting) is a toymaker from the Sixties, but not our Sixties: His is an alternate universe where Erno Rubik was never born and there’s no such thing as gun violence. On a drunken night in New York, Falt meets Sylvia Frank, a photographer played with a naturally funny sourness by Tallie Medel. His subsequent obsession with Frank promises to ruin both their lives to black comedic effect – or so some might think.

The Arbalest is so tonally complicated that some audiences will be hard pressed to enjoy themselves, while others will obsess over it, Lebowski–style. Pinney’s script gives Brune and Medel a few humorous confrontations; but the period aesthetic, filled with Marilyn Manson sunglasses, cat-eye makeup, and discolored wallpaper, is ham-fisted and outrageously overdone. As a result, Kalt’s tragicomic arc plays like an episode of Mad Men directed by Uwe Boll.