A witty directorial debut hints at big things to come 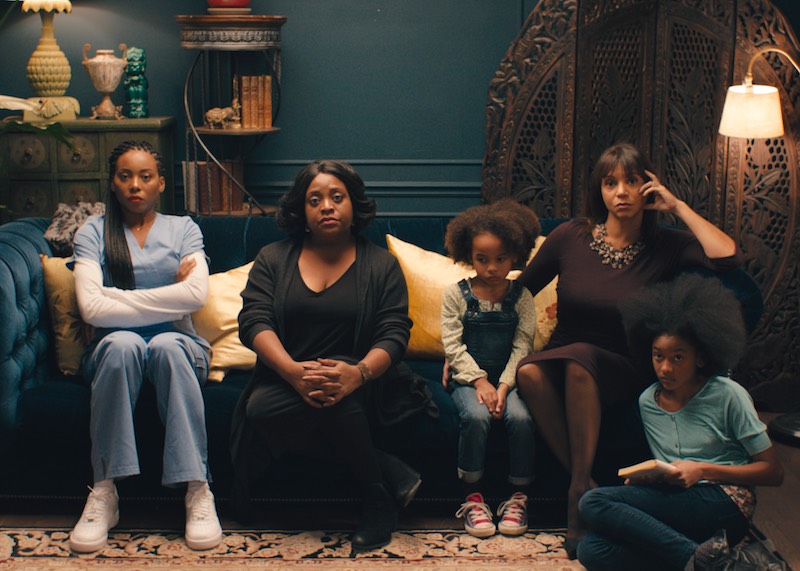 The Joneses are passive-aggressive second and third generation women, all struggling with relationship baggage. Jean (Taylour Paige, mischievous), the youngest, is a stunted novelist breaking up with her dissatisfied boyfriend (François Arnaud). Her mother (Sherri Shepherd) and grandmother (Michelle Hurst) berate her for her wallowing, entitlement, and general malaise. They do the same to Jean’s sisters, Anne (Erica Ash) and Janet (Gloria Reuben) – each of whose lives is crumbling under the same pressures as Jean’s.

Meghie sets this ensemble into a nasty dynamic: as self-assured intellectuals, the Joneses are exclusionary of outsiders and cruel to one another. But they are extremely funny, too, and the script delivers choice monologues and breakdowns, with Reuben’s and Hurst’s especially moving.

The filmmaker composes scenes in spacious long-shots so the actors can gesticulate wildly and be mobile with their bodies. With this choice, Meghie’s strongest contribution is clear: She provides the characters, most of whom are women of color, agency over the frame.

Jean of the Joneses