Director Jesse Moss returns to SXSW with this turbo-charged doc about Seventies Hollywood legends Burt Reynolds, his best friend and stuntman Hal Needham, and how the pair of these two loose cannons dreamed up, financed, and shot one of the most authentically kickass road movies of all time: 1977’s Smokey and the Bandit. 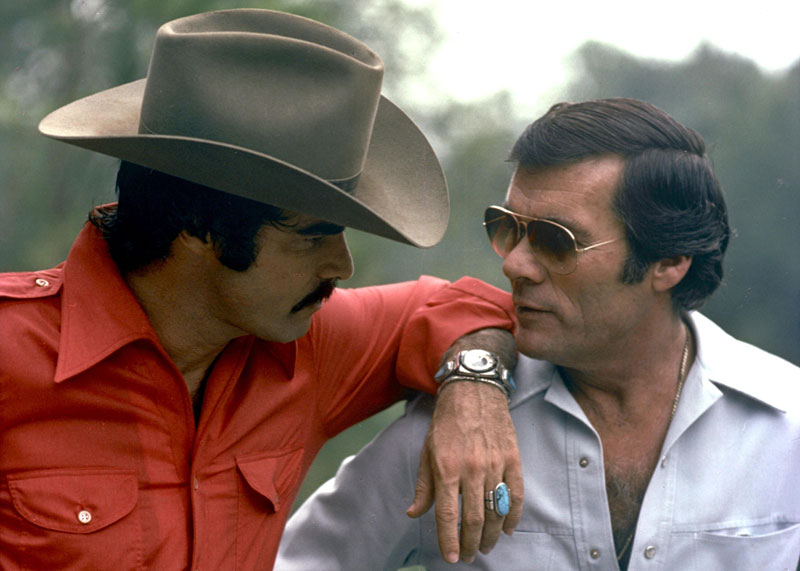 Moss’ previous docs have mainly focused on social justice issues (The Overnighters, Full Battle Rattle), so it’s something of a surprise that The Bandit is something of a sentimental bromance between lifelong scoundrel Reynolds and borderline maniac Needham, who died in 2013. And then there’s that iconic, black Pontiac Firebird Trans Am, as much a co-star as Sally Field, Jerry Reed, or Jackie Gleason’s unforgettable Texas Sheriff Buford T. Justice.

Moss’ doc doesn’t just focus on Needham’s directorial debut, but digs deep into the early careers of both men. Reynolds – then “the sexiest man alive” – was already famous for his work in Deliverance and The Longest Yard, yet never took his acting career all that seriously. Needham, a tall, tanned, talk-show narcissist with a self-destructive bent and a killer smile had, as one of the reigning stuntmen of the Sixties and Seventies, already broken almost every bone in his body and had doubled for Reynolds in half a dozen films. In the end, The Bandit is an intimate portrait of two good old boys, one badass automobile, and a $4.3 million-budgeted dark horse that ended up netting $300 million and counting. Now that’s some serious banditry right there.