An engaging history of the pioneering Atlanta production house

Finally getting a long overdue retrospective, Atlanta production pioneers Organized Noize – Rico Wade, Ray Murray, and Sleepy Brown – delves deep into their humble beginnings to their rise to superstardom. The finished product is a piece with great clarity, told to often humorous effect. 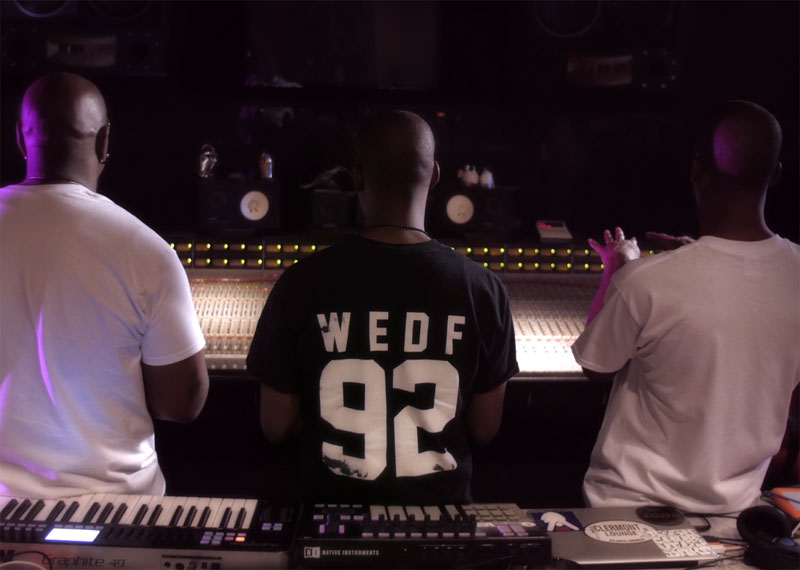 An event that almost didn’t happen because of label mogul L.A. Reid’s lack of belief, they would introduce Outkast to the world – via “Player’s Ball,” which incidentally first belonged to the LaFace Family Christmas compilation. Goodie Mob’s soulful and sociopolitical efforts would also spring forth.

As a household name, the trio would produce hits for others. A reflective Wade’s hilarious and unapologetically Southern quality shines throughout – especially when speaking about the origins off TLC’s megahit “Waterfalls” and En Vogue’s R&B chart-topper “Don’t Let Go (Love).”

There was the downfall, well, because there’s always a downfall, with the usual suspects being checked off: money issues, loss of connection, strip club patronage, and, of course copious drug use. Now in the midst of resurgence, the film shows the trio’s indomitable spirit, binding generosity, and an overwhelming love – forged through trials and incredible music – cutting through with tangible definition.

The Art of Organized Noize