Despite the focused efforts of executive producer/star Bella Thorne to deepen it, Shovel Buddies is a shallow small-town drama that strives for a dark quirkiness, but ends up burying any authenticity with tackiness. 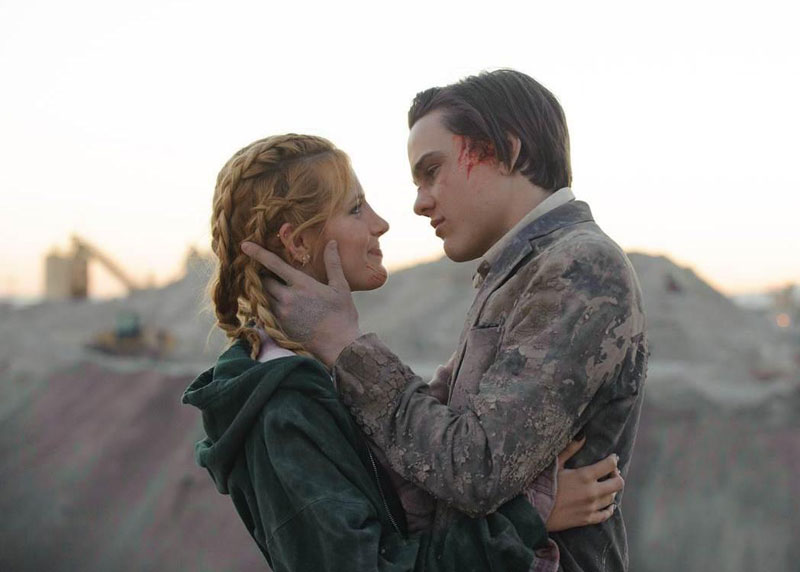 Directed by Simon Atkinson and Adam Townley, from a script by Jason Hellerman, the film follows a group of teens whose late leader, Sammy, just died of leukemia. Alex Neustaedter and Kian Lawley are Jimmy and Dan, respectively: the former a brooding introvert whose relationship with Sammy’s sister Kate (Thorne) destroyed their brotherhood; and the latter a hyper-sexual vandal and bully. In a fit of grief, the team goes looking for Sammy’s soon-to-be-cremated body, bringing Jimmy’s irascible tyke brother, Lump (Anton Starkman), along for the ride.

Hellerman’s screenplay is both clever and irritating, a reminder that high-concept doesn’t always mean original. The directors try to elevate the material with moments of artful direction of visuals and performances. Thorne and Neustaedter acquit themselves well, with equal measures of sexual tension and affection bubbling just below their dialogue. Then there is DP Jason McCormick, whose extreme long shots of the working-class town’s sunsets make lovely use of the natural light. Nonetheless, Shovel Buddies plays like a knock-off John Green adaptation.