Sixties Cold War caper is a tribute to Dr. Strangelove

Now this is what great film festivals like SXSW are all about – a glimpse of top-notch emerging talent that very well may take over Hollywood in the decade or two to come. 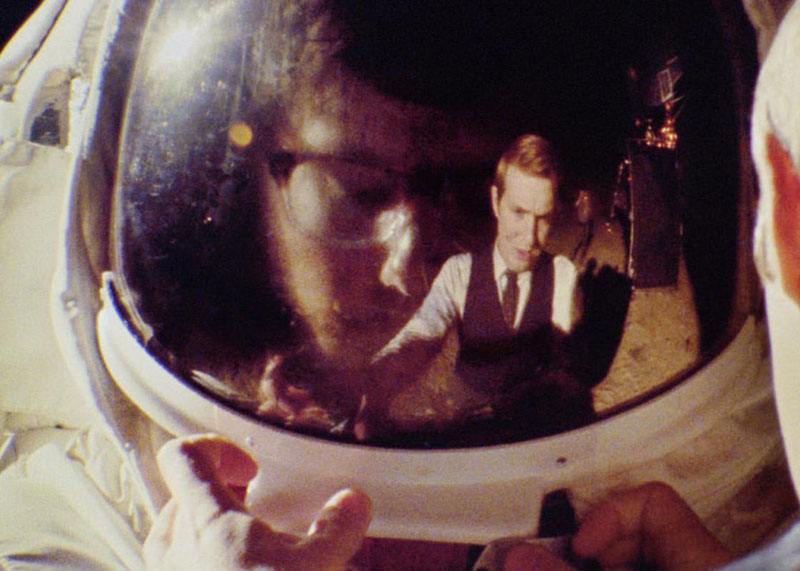 Writer/director/star Matthew Johnson may not have his big breakout with Operation Avalanche, but there is enough here to suggest that he possesses the triple-threat skills to build a comedy auteur career on the model of (hyperbole alert!) Woody Allen or Albert Brooks.

The performer Johnson most directly emulates is Peter Sellers. Operation Avalanche is in many ways a Dr. Strangelove tribute, a found-footage Sixties caper wherein a team of CIA spooks infiltrate NASA and fake a moon landing to help win the Cold War. As the leader of the CIA team, Johnson is charmingly ambitious, inept, and convinced of his own genius.

Like the moon-landing film it portrays, Operation Avalanche can be sloppy at times, especially when it lets comedic aspirations take a backseat to a life-and-death espionage plot that audiences won’t fully buy into. And they shouldn’t – Johnson is a gifted comedian with a bright future, and on future projects he should let his more absurd and cringe-generating story instincts prevail over the necessities of high-octane drama.