Another beloved venue falls to gentrification

“This film should be played loud” is the opening text, set as suggestion, a reminder of fading DIY experiences being pushed out at alarming rates. 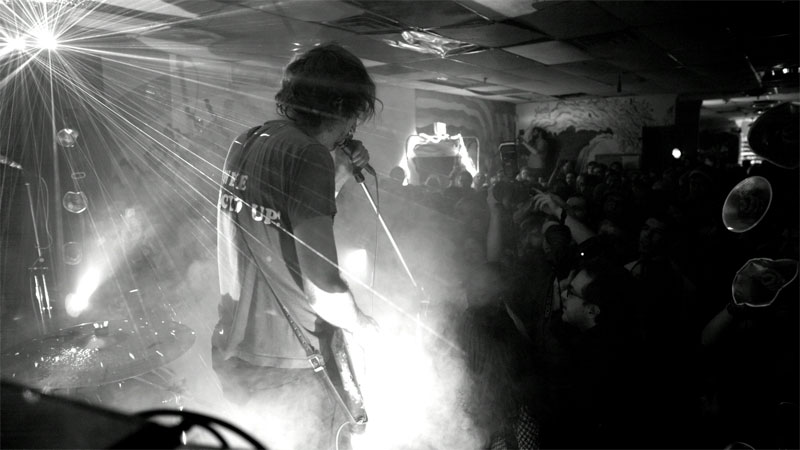 The sorrowful demise of Williamsburg, Brooklyn’s Death by Audio – a formerly dilapidated warehouse turned guitar pedal shop and iconic venue – is subjectively told through the eyes of the (understandably) scorned. Director and co-founder Matt Conboy, and his cohorts, including A Place to Bury Strangers vocalist Oliver Ackermann and sound guy Edan Wilber quickly power through the publicized rise, leaving room for the precipitous descent.

This skews the documentary into two tracks. There’s the audiovisual reminiscing of great times, with great people, and great bands – including Future Islands, Thee Oh Sees, the highly opinionated Dan Deacon. Running parallel is the open, fast-blooming disdain for capitalism’s hydralike, all-too-common manifestations – in this case through the existentially ironic Goliath of Vice Media.

Through memories and tears, Conboy captures Death by Audio’s essence – and DIY culture as an idea – into something equivalent to a proper eulogy, of a place, a space, and a time.

Goodnight Brooklyn: The Story of Death by Audio