Walking Dead producer on working her way up in Hollywood

“Always do what you love, not just what’s easy.” Producer Gale Anne Hurd, Tuesday’s closing SXSW keynote, is behind many of Hollywood’s seminal genre films including The Terminator (which she also co-wrote) and Aliens. Today she is the executive producer of AMC’s The Walking Dead and its spin-off, Fear the Walking Dead. 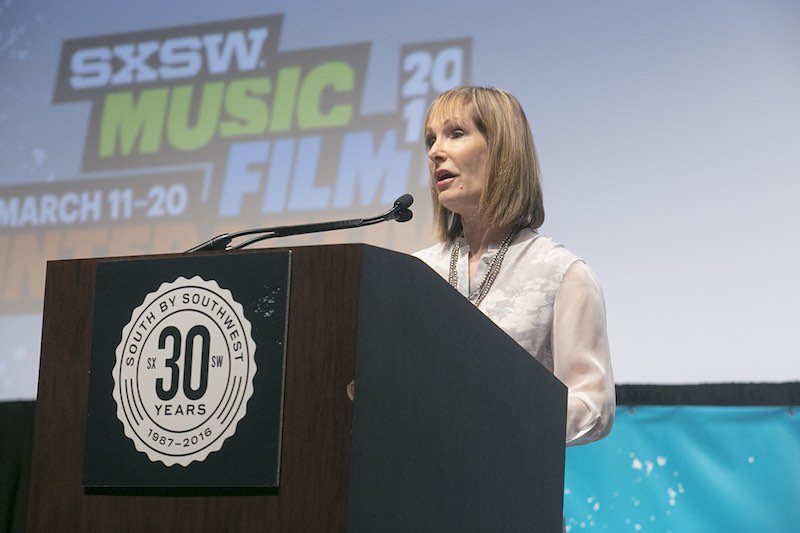 Her speech – and career – began from the bottom up. A graduate of Stanford University, the would-be producer started as an assistant for director, producer, and screenwriter Roger Corman. “Lesson one: It’s what you know and who you know. Take time to build your network,” she instructed the audience.

From picking up dry cleaning and proofreading scripts, to running marketing campaigns and emptying chemical toilets – which Hurd said is the “handiest tool I ever learned, should there be a zombie apocalypse,” – she worked her way to the producer chair.

“I’ve always been drawn to the story of ordinary people thrust into extraordinary things: Ripley, Sarah Connor, Carol [from TWD],” said Hurd emphasizing her commitment to portraying strong female protagonists. “Female characters like these, and Michonne, are rarely seen. These women are real. They’re complicated, flawed, and relatable for men and women.”

Her dedication to creating space for women in Hollywood extended to the Q&A, promising several first-time filmmakers she’d screen their movies and encouraging audience members to connect with one another. “When there are no role models, become one,” she said, paying homage to her friend, mentor, and producer of the Halloween series, Debra Hill.

“I embrace being a bitch. No guy would ever be called that,” she declared. “I’m still paid less than male producers with less blockbuster hits. But it’s what I love. And it’s not always about money. It’s about fighting. Fighting for other women, and opportunity for them. […] We’re all a community. We’re all in it together.”