A contemplative look at quiet spaces

I am undone by this film. 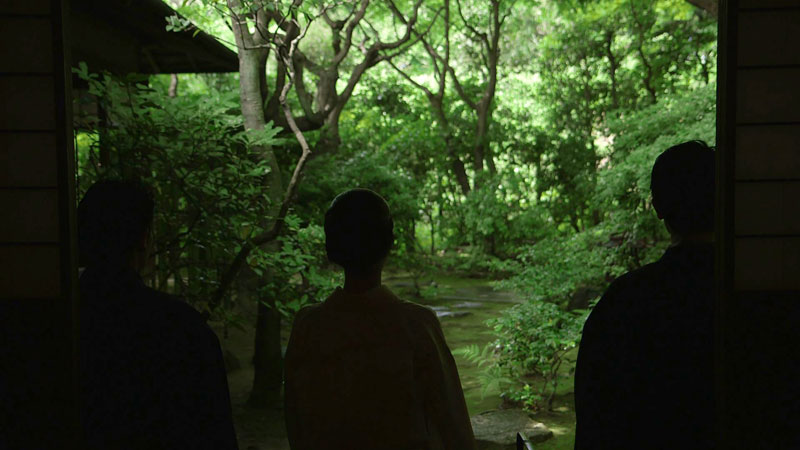 Going in, I was already planning a clever opening to my review, something about how appropriate it was that a movie concerned with silence and noise should have its North American premiere in the Alamo Drafthouse Cinema, a bastion of moviegoing where the experience is always an almost holy thing and ever-glorious with enforced silence.

Never mind that. In fact, never mind your reviewer going on with blah blah blah this or yadda yadda that. Do just one thing, please: See this movie that director Patrick Shen and his remarkable crew have made.

Shen has already won awards for his previous work – Flight From Death, The Philosopher Kings, and La Source – so the magnificence of In Pursuit of Silence likely comes as no surprise to his previous admirers. But if you’re unfamiliar, know that this whole project displays itself to the public with the highest levels of professional filmmaking. Know also that this movie, inspired by the George Prochnik book of the same title, explores a diversity of possibilities of silence, of engaging with silence, in our noisy and ever-loudening world. Know that it lands in the mind, at least to this reviewer, with an impact reminiscent of seeing 1982's Koyaanisqatsi for the first time.

And, although this might provoke only a bit of envy because it won’t be part of later viewings when the distribution goes wide, know that, when the film opened at SXSW, it was preceded by a live quintet led by composer Alex Lu. A live quintet that began the show with one piece of lovely music … and then performed John Cage’s 4’33”. The audience was transfixed.

Shen’s In Pursuit of Silence incessantly inspires and sometimes takes the breath away and can even accomplish both at once. Also, note: The film’s message might be effectively gleaned from a small screen, sure; but do yourself a life-shifting favor and experience it in some big theatre with an excellent sound system.

In Pursuit of Silence