Influential multihyphenate talks hip-hop and The Get Down

Nelson George is amongst the last of something not quite fingered, because of the altering perceptions of space and time around the beginnings of hip-hop. The incredibly accomplished critic/columnist/author/filmmaker was at the forefront of a movement, scribe to early hip-hop’s pied pipers. 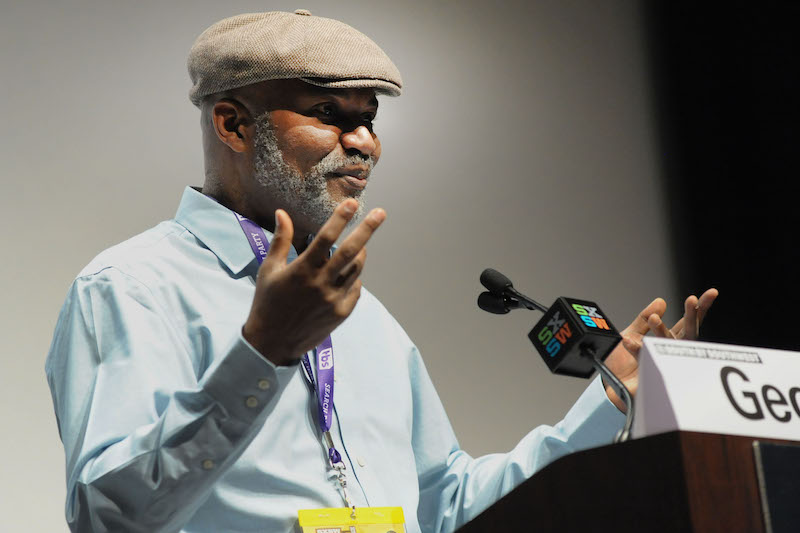 But hearing him speak on himself, you’d think he was a “fly on the wall,” instead of the movement’s intelligent literary voice who provided credibility among the culture critic set.

Driving the audience down the CliffsNotes shortcut from blaxploitation film into the beginnings of hip-hop music and culture, he initially covered it as a music editor at Billboard. Writing about artists like Springsteen and Madonna, he began to understand the importance of influential points of view, which would be critical to the rise of the “rapper.” Simultaneously concerned with the intersection and passing of genres, he published, among other works, 1988’s The Death of Rhythm & Blues, where he noted R&B’s “lack of urgency,” still affecting hip-hop in the present day.

The Q&A yielded interesting insights. Unsurprisingly, he still uses the basics for his writing process – a pen and an old-school composition book. He claims to have “300 to 400 books lying around the house.” He envisions television, not film, as the modern equalizer for increased diversity, in the wake of the divisive #OscarsSoWhite controversy.

His latest project, the upcoming Netflix scripted series The Get Down, ventures into the origins of hip-hop, through a similar version of himself – a young man surviving the lawlessness of Queens during the late Seventies. Created by Baz Luhrmann(!), there will be multiple musical productions, intertwining disco’s heyday with the germination of hip-hop.

Obviously still more concerned with preserving foundations, George knows where he stands in the ever-youthful genre’s paradigm. “It’s always dangerous for a middle-aged man to discuss contemporary hip-hop,” he explains in a careful tone. He says he’s fan of current torchbearer Kendrick Lamar, and of rap’s dominant subgenre, even with its regressive limitations. “I love trap music, [but] I hate trap lyrics.”