The Hollywood Shorties were legend in Ryan Steven Green's family. One uncle was a a player on the little people basketball team. Another was their game referee. So it was natural for the filmmaker to tell their story, and a compelling one it is. 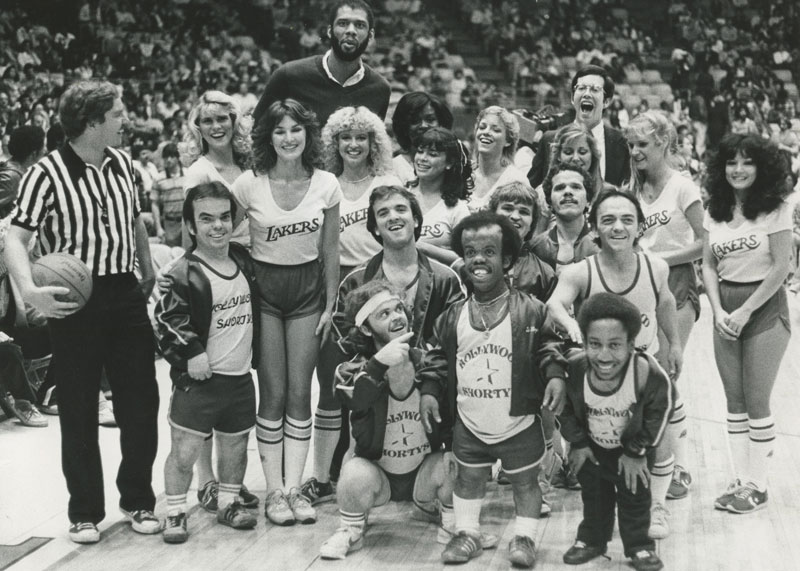 Using grainy video footage, Green pieces together a larger story of Hollywood's legion of shorter-in-stature actors whose roles usually had them hiding behind masks (think Ewoks in The Return of the Jedi). That changed when actor and Little People of America founder Billy Barty put together a ragtag little people team of primarily working actors that later manager/player George Rossitto whipped into a finely turned machine. The Shorties began putting on regular games for charity at schools in the Los Angeles area that were part hard-charging basketball – Tony Cox of Bad Santa sinks endless three-pointers – and part clown antics a la the Harlem Globetrotters. The film follows the team's successes – including playing a halftime game against the Los Angeles Laker Girls – and its eventual demise when the athletes and the clowns clashed. The Hollywood Shorties is a sweet, compelling film with a deeper message about what it means to look a little different in Hollywood, and America in general.