Adding to the repertoire of both the incomparable David Lynch (he is an executive producer) and Netflix’s increasingly acclaimed documentary collection, this re-cut 2014 film by Lotje Sodderland and Sophie Robinson is nothing short of remarkable. 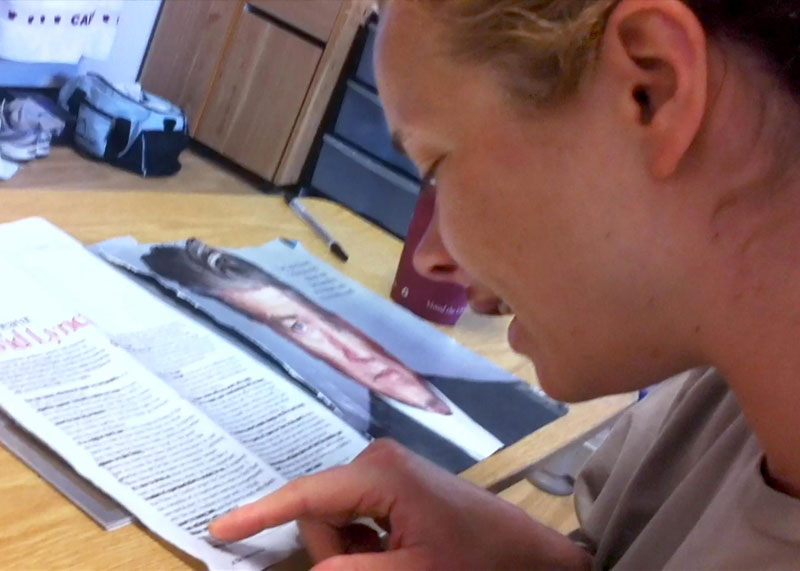 The trippy cerebral scope – reminiscent of virtual reality goggles with its spectacular visual and sound effects – is simultaneously beautiful and horrific. Sodderland suffered an intracranial hemorrhage, or a kind of stroke resulting from congenital vascular malformation, at the age of 34. As a creative, linguistically inclined person, her recovery was more than simply a means to find what was lost. Through a brilliantly edited combination of iPhone selfie video footage and deeply personal documentary filmmaking, we see Sodderland discover an entirely new perspective as she learns to appreciate the nuances of an intricately changed brain. Aphasia is the problematic focal point: A book lover, she cannot read; a writer, she cannot write; an artist, her thoughts melt like Dali’s clocks. Well-balanced with neurological/scientific info and an inherently engrossing, albeit traumatic, plot, the film opens a window into traumatic brain injury while presenting an intimate journey from terrifying happenstance to heightened and altered reality. Surprisingly beautiful and emotionally intense, this visually stunning glass eye is a testament to Sodderland’s spirited strength in the midst of her delightfully strange, but entirely real, Lynchian nightmare.