It’s every parent’s worst nightmare but it’s also every iPad adolescent’s escape from the mundane, frustrating world around them. Irene Taylor Brodsky’s documentary on the so-called “Slenderman stabbing” leaves no stone unturned and, at nearly two hours long, very little to the imagination. 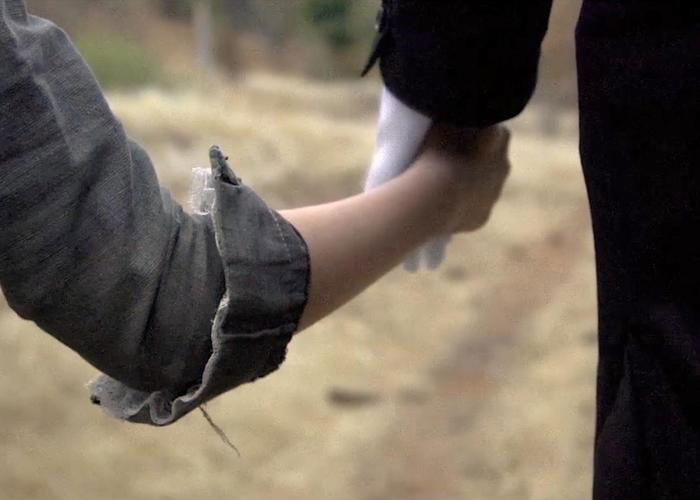 Brodsky and, let’s face it, pretty much everyone wants a sane explanation as to why, on Saturday, May 31, 2014, two seemingly ordinary 12-year-old girls led another girl, a close friend, into the woods outside their home in Waukesha, Wisconsin, and attempted to kill her her, stabbing her 19 times and then leaving her for dead, a ritual sacrifice to the fictional internet meme dubbed "the Slenderman.”

Beware the Slenderman might as well be titled “Be Aware of What Your Kids Are Getting into on the Internet,” but who has time for that these days? As technology continues to blur the line between stone-cold reality and heretofore unthinkable fantasy – Donald Trump, anyone? – a creeping state of what film scholar Michael Barrett has dubbed “millennial unreality” has taken hold, not only over lone wolf, pre-teen sociopaths, who are notoriously prone to flights of fancy (violent or not), but over the whole of society itself.

Oscar-nominated director Brodsky does a superb job; this is one of those rare documentaries that you simply can’t not watch, horrific and deeply disturbing though it may be. Using a wealth of police interrogation videos of the two girls, Morgan Geyser and Anissa Weier, along with interviews with distraught family members, teachers, and psychologists, Beware the Slenderman is at its best when it scrutinizes the nature of pre-teen girls' vivid and visceral, if too often unknowable, secret inner lives.

For the most part, certain sites around Internet are nothing more than a modern version of kids telling scary stories to one another while sitting around a campfire, or during a sleepover. The Slenderman mythos – Google it if you aren’t familiar – continues to thrive despite the murders. Brodsky’s doc covers the whole bloody affair in grim, clinical detail, but the the most unnerving question at the heart of her film is simply this: Was this stabbing a random anomaly, or has some bizarre, tech-enabled rubicon been crossed? Millions of children devour the Brothers Grimm, but precious few end up locking old ladies in the oven. The Slenderman case, while an obvious outlier in the annals of pre-teen crime (although they do recall the 1993 UK thrill killing of 3-year-old Jamie Bulger by a pair of 11-year-olds), might be more prescient than we, as a perpetually logged-in society, would care to admit.