When Jake Gyllenhaal is considering taking on a role, there's one underlying question: "Would it be cool to play this part?" 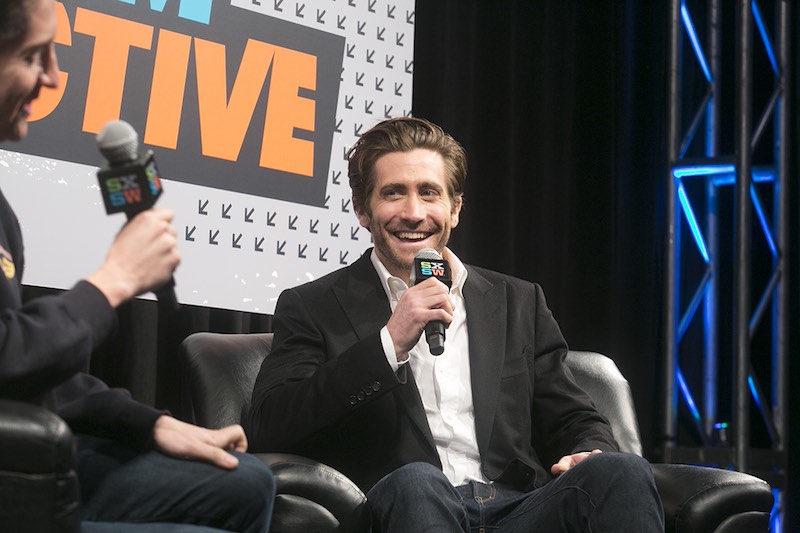 That may sound absurdly reductionist, but as he discussed in his SXSW conversation with David Gordon Green, it's really about finding a character that will drive him. The pair are currently working together on Boston marathon bombing drama Stronger, but they took a break for the debut of Gyllenhaal's new drama Demolition to discuss the Donnie Darko star's career and philosophy of performance.

Throughout their chat, Gyllenhaal emphasized the collaborative nature of acting, and that growing up the son of writer/producer Naomi Foner and writer/director Stephen Gyllenhaal, with Sidney Lumet and River Phoenix workshopping around the house, gave him a deep respect for the creative process: of collaborating to make a project work, and that rarest of decisions, "having the balls to throw it out if it doesn't work." That includes a deep respect for directors that will really work with actors. "Sorry I'm kissing your ass," he told Green, "but it's really inspiring to work with somebody who says, 'Okay, we'll do it, we'll figure it out.'"

Gyllenhaal described the script selection process as being based in fear. "Sometimes I'm scared because it's bad," he said, "and sometimes I'm scared because I'm afraid of something in myself." As an actor, the challenge comes from discerning good fear from bad, then working out "how to bridge that chasm" between himself and the character. He pointed to the fear when Antoine Fuqua cast him for Southpaw, and then told him he wouldn't have a double for his boxing sequences. It was in the preparation to enter the ring that he found the character. "I learned how to box, and all those things that come along with being a boxer came along."

As for Demolition, Green described it as a movie about a man who gets his money stuck in a vending machine. That's the trigger that causes Gyllenhaal's character to deconstruct his life, both literally and metaphorically. For Gyllenhaal, it's really about apathy, which is an emotion he feels is rarely tackled in cinema, but is as relatable as any. He said, "A lot of the time, I walk around and I don't know how I feel."