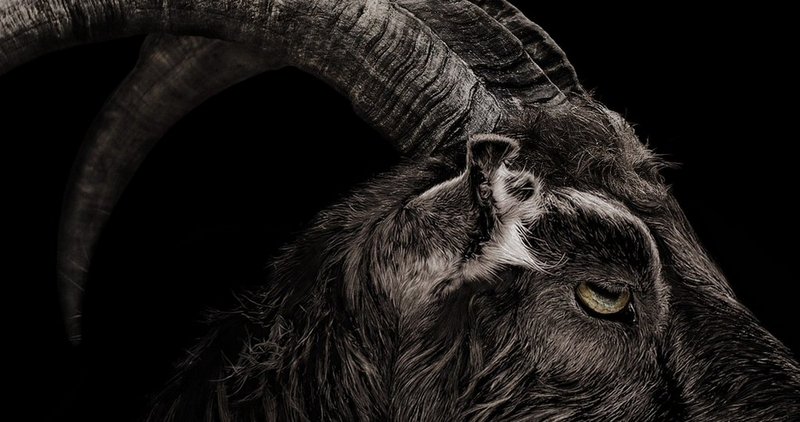 Black Phillip, the four-legged star of historical horror The Witch (Image courtesy of A24)

The past is a terrifying place, and the dark, devil-plagued time of slow-burn horror The Witch illuminates that terror by guttering candlelight. Writer/director Robert Eggers called it "an inherited nightmare."

The story of a 17th century Colonial family besieged deviltry was inspired in part by his own childhood in New England. He said, "If you've been to a small, rural town there, it just seems haunted by the past. The woods behind my house seemed haunted by pilgrims and witches." When he started writing the script, he wrote it to reflect the daily experience and convictions of the time, where muck and mysticism rubbed shoulders. He said, "You aren't taught that, in the early modern world, the real world and the fairy tale world are the same thing."

His script was the result of four years of rigorous research. That meant deep delves into not just the beliefs of the time, but into the details of what a working farm in the earliest days of the Colonies would have been like, "down to re-creating the farmstead and understanding the basics of animal husbandry and how agricultural practices were in England, and how they changed when they came over here."

Eggers said the film would have been near-impossible without the assistance of the Smithsonian Institute's Plymouth Plantation in Massachusetts, which is a working re-creation of the Plymouth Colony in 1627. He also depended heavily on the UK-based Stuart Press, which he described as "a living history group that has published a zillion pamphlets on lives of the common people and clothing of the common people. With titles like Pigs, Goats and Poultry, how can you go wrong?"

Eggers' career as a designer for film and theatre fed into making the set as historically accurate as possible. He said, "Everything that you see on camera, everything as far as the farmstead goes, is made from the correct materials that would have been used, and very often we had to use the tools and techniques from the period to make things look right. If we could use a chainsaw and it would look right, let me tell you, we would, but if we had to use the traditional way, we would." 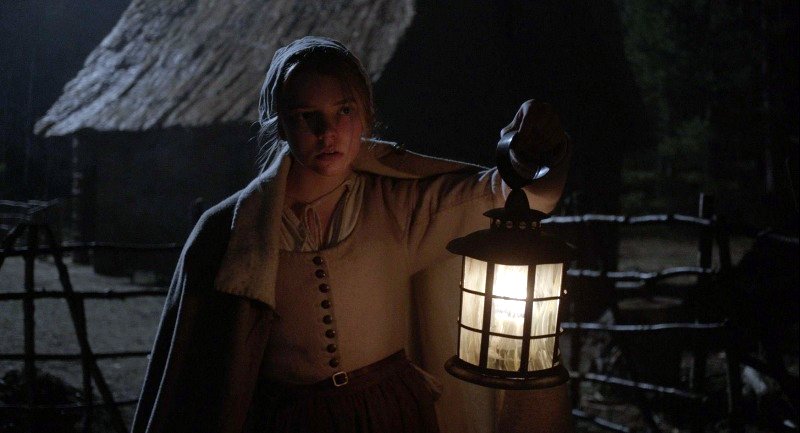 God and the Devil are raging inside of me: Anya Taylor-Joy as Thomasin, the subject of supernatural malice in The Witch. (Image courtesy of A24)

That extended to creating dialogue that would feel contemporary: after all, the family is supposed to have been recently arrived from the Old World. Again, it was back to the books, this time literature and court transcripts of the era. Eggers said, "I researched the vocabulary and the grammar structure, and I'd be pulling sentences and phrases from the primary source material, and made a Puritan phrase book with things to say when you're greeting people, things to say when you're chastising your children, things to say when you're this, that and the other." He described the early drafts as "monstrous collages of other people's words, which would slowly get honed into something that was the character's voices and my voice."

His original plan was to re-create the Essex dialect of the time, since most of the early colonist were from the counties just northeast of London. However, he quickly hit a roadblock, because that area's accent was impenetrably thick. Then fortune walked through the door in the shape of Ralph Ineson (Game of Thrones, the original The Office), who plays the patriarch of the crumbling family. "His Yorkshire accent was so great, and I did a little research and found that the oldest timber framed house that still exists in the U.S. was built by a man from Yorkshire who didn't get along with all these Essex bastards, and so he moved his family away from everyone and started his own farm."

Yet even after all that effort, nothing could prepare him for the film's breakout star: Charlie as Black Phillip, the surly and scimitar-horned goat. It was part of a menagerie of creatures that would be found in a frontier farm of the era, but the cloven-hooved beast soon became the set's biggest prima donna. Even with a series of animal wranglers keeping him on a leash in every shot (erased from the film by the modern witchcraft of post-production CG), Charlie left his mark on the cast (particularly Ineson, who he injured on several occasions). Eggers said, "You can train a raven. People said you couldn't train a hare, but the hare was owned by a 16-year-old girl who had her under control. Obviously dogs and horses. Chickens, you can catch with a big net. The goat, it was a nightmare."

Did Eggers ever expect the cult of Black Phillip? "No. I totally didn't," he said, "and it's funny, because in the edit we were trying to play the goat down. But welcome to the hype machine."

The Witch is out now. Read our full review and find screening locations and times on our listings page.