The technological explosion of the 21st century has profoundly effected our lives, inundating our senses with endless streams of information and mutating pop culture into bizarre forms at warp speed. Even something as high-brow and historically analog as fine arts education can’t resist the effects of these developments. 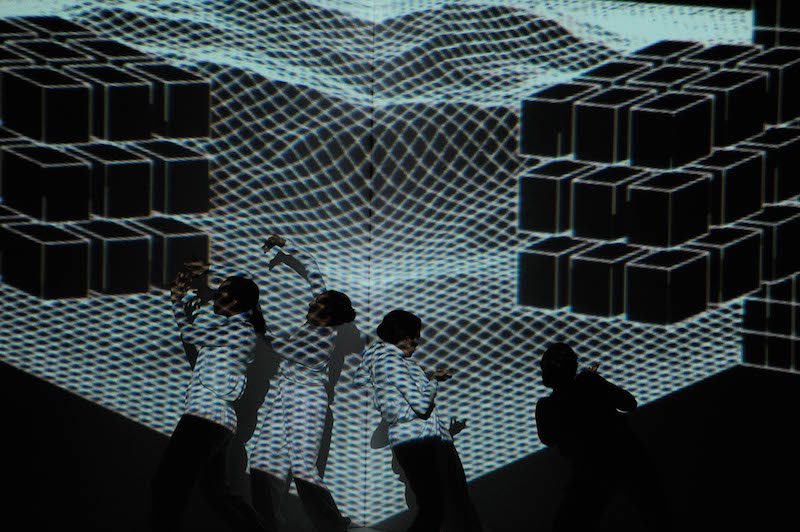 Courtesy of UT College of Fine Arts
To wit, the University of Texas plans to fully unveil its Center for Arts and Entertainment Technologies (CAET) this Fall. The initiative within the College of Fine Arts will marry modern technical skills with traditional art-forms. In addition to learning about design, dance, and music, students in CAET programs will take classes one would ordinarily associate with the university’s departments of Computer Science or Radio-Television-Film or the School of Engineering.

Fine arts degrees don’t equate to immediate gainful employment in one’s chosen field. Often, graduates resort to a combo of unpaid internships and barely-paid service industry jobs before getting their break as a performer in a nonprofit orchestra or theatre company or as a slam poetry tycoon. CAET treads new ground for the College of Fine Arts by preparing its students primarily for employment in growing, for-profit commercial industries.

"It's no secret that there are fewer publicly funded orchestras than there were," Center for Arts and Entertainment Technologies Director Bruce Pennycook says. "We're looking at how technology in the arts over the next 20 years seems to be where the cultural industry is moving."

Proponents of the CAET believe the initiative could divert students away from overcrowded and competitive majors like computer science, engineering, and film. They also hope the new center can serve students who don’t fit into traditional arts or technical programs.

The Center for Arts and Entertainment Technologies will be split into four main parts. The first is an undergraduate curriculum, with many of its courses already available to students. Another is a suite of research initiatives headed by the center. There will also be a $3 million renovation to the fine arts library and the creation of the Hub, an entrepreneurial center that will advise students on topics like patenting, copyrights, and technology commercialization beginning in Fall 2016.

Perhaps the most striking development by CAET is the creation of a new degree: the Bachelor of Science in Arts and Entertainment Technologies which debuts in the Fall 2016 semester. This is the first Bachelor of Science offered by the School of Fine Arts, reflecting the heavy technical focus of this academic track. There are expected to be 400 students majoring in the new degree plan in four years, with 100 students added to the major every year.

CAET students explore the basics of the various fields covered by the program as part of their core curriculum. Once done with the core, they choose which of these three branches – Music and Sound, Games and Mobile Media Applications (GAMMA), or New Performance Technologies (centering around theatre and dance) – interests them the most. Their curriculum culminates in a capstone project: the creation of a substantive work in their field. The center also requires internships with companies to give students hands-on experience in the entertainment industry. 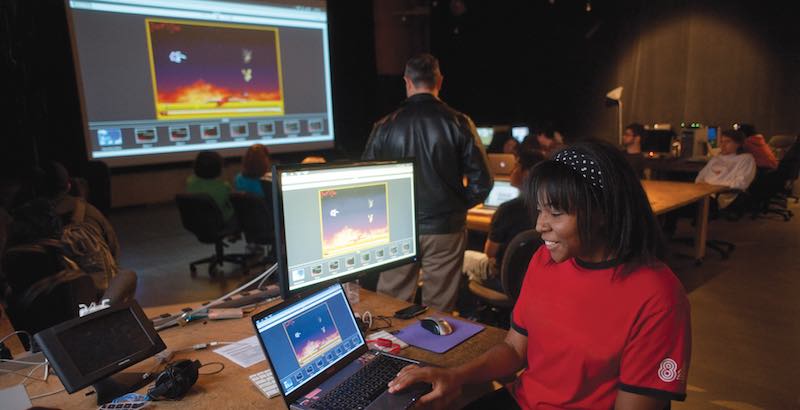 GAMMA predates the rest of CAET’s fields of study. The program began roughly a decade ago as a response to concerns originating from the Governor’s Office and other state and local governing bodies that UT wasn’t producing the talent the thriving Texas game industry needed. According to Dean of the College of Fine Arts Doug Dempster, “The gaming industry had to recruit talent from all over the country, and they weren’t coming from UT.”

UT used GAMMA as the model for the Center for Arts and Entertainment Technologies as a whole, giving students the technical skills and experience to succeed in the burgeoning entertainment industries in Austin and statewide.

To give students the tools to excel in these programs, CAET plans to construct the Foundry, a laboratory that will be housed within the Fine Arts Library. The “makerspace,” which will be open to all UT students and faculty, will contain 3D printers, a small recording studio, video editing stations, music production equipment, and workstations for microelectronics, animatronics, and technology-enhanced costume design.

This sort of high-tech, industrial environment might not seem like the natural hang-out spot for the next generation of up-and-coming artists, but the College of Fine Arts wants to leave behind these notions of what an artist does.

“We don’t want to just be teaching art-forms from the last century or the 18th century,” Dempster says. “We also want to be moving forward with the culture, because our students are going to be living in a different cultural and artistic and entertainment world than the one we’re living in.”