DVDanger: A Most Dangerous Year

Top 10 home releases you may have missed 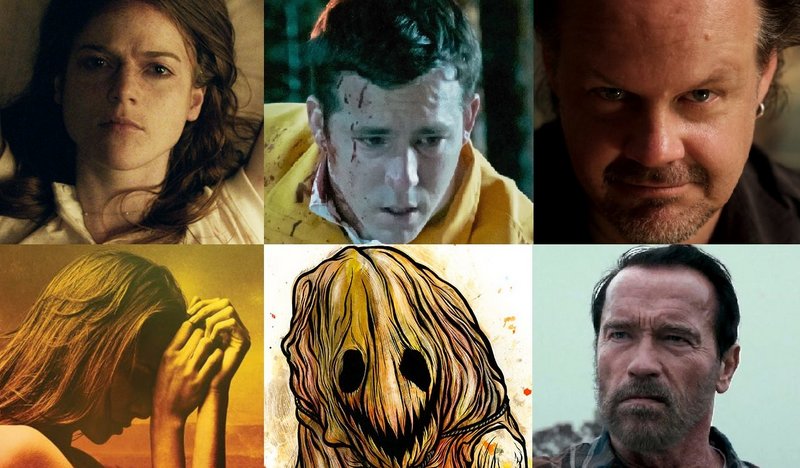 6 of 10 of the best, courtesy of DVDanger. Clockwise from top left: Honeymoon, The Voices, The Larry Fessenden Collection, Maggie, Digging Up the Marrow, and Spring

Remember when straight-to-video was a slur upon a film? Well, between the proliferation of independent distributors picking up the best the festival circuit has to offer, and the birth of day and date, the home releases may offer more pleasures than the multiplex.

But in the weekly DVDanger column, it's not just about what's big and shiny on Blu-ray. It's about the underground, the innovative, the subversive, and the overlooked. So here's a cinematic decathlon of some of last year's most intriguing titles that should be stuffed into your collection.

1) Digging Up the Marrow (Image): Indie filmmaking dynamo Adam Green plays himself in a fictional world of madness and monsters, but any hints of silliness are crushed in this smart, documentary-style shocker – much of that due to a suitably massive performance from Ray Wise (see DVDanger: Digging Up the Marrow, March 28, 2015).

2) Starry Eyes (MPI): Hollywood is hell. It's an old metaphor, but Alexandra Essoe has a starmaking turn as a young actress prepared to sell her soul for celebrity (see DVDanger: Alexandra Essoe Gazes Through Starry Eyes, Feb. 7, 2015).

3) We Are Still Here (Dark Sky): Ted Geoghegan's chilling, thrilling take on New England Lovecraftian horror is a fearless and full-blooded Fulci homage, while still being absolutely its own film (see DVDanger: We Are Still Here, Oct. 13, 2015).

4) The Voices (Lions Gate): With Deadpool imminent, it's always worth remembering that Ryan Reynolds has always liked taking risks, and this bizarre charmer about the world's most winsome serial killer is as catchy as its danceable soundtrack (see DVDanger: Ryan Reynolds, the Most Interesting Man in the World, May 2, 2015).

5) Honeymoon (Magnet): Rose Leslie may have died in Game of Thrones, and been ill-served by The Last Witch Hunter, but she's amazingly served by this complex and queasily deceptive story of a couple on a romantic break (see DVDanger: Youth Gone Wild, Jan. 17, 2015).

6) Spring (Drafthouse): Aaron Moorhead and Justin Benson's bizarre, tender, captivating riff on the American abroad falling in love with the local woman is unequaled in its charm and unpredictability (see DVDanger: Spring, June 2, 2015).

9) Maggie (Lions Gate): The kid from Little Miss Sunshine and a faded action star shouldn't make for one of the year's most heartrending family dramas, but Abigail Breslin and Arnold Schwarzenegger successfully rework the zombie trope as a metaphor for a father seeing his daughter slowly succumb to a fatal disease (see DVDanger: Maggie, July 7, 2015).

10) Motivational Growth (Parade Deck Films): There's been a lot of talk about great voice actors this year because of Anomalisa, but it's hard to beat the lugubrious tones of Jeffery Combs as a sentient pile of fungus (see DVDanger: I Hear Voices, March 7, 2015).

DVDanger resumes normal reviewing service this weekend, and will be back every Tuesday.